Analysing the archaea organism in attempts to reduce methane emissions 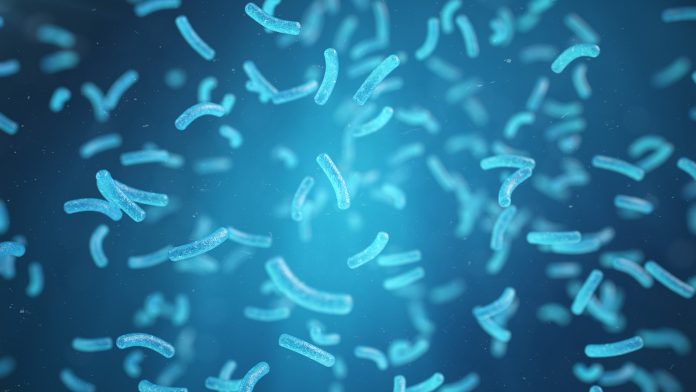 Researchers use biophysical and biochemical techniques to analyse the archaea microorganism, that produces methane emissions during anaerobic environments, to attempt to reduce future natural methane emissions.

While methane accounts for about 16% of greenhouse gases in the atmosphere – which also include carbon dioxide, nitrous oxide, water vapor – it is more than 25 times as efficient at trapping heat than carbon dioxide.

Two-thirds of global methane release is believed to be caused through natural emissions during the anaerobic activity of primitive single-celled microorganisms called archaea. Understanding the precise mechanism by which archaea produce methane could lead to the development of technology that reduces methane production, helping to take climate action against global warming.

Archaea are distinct from bacteria mainly due to their habitat and sources of energy. The so-called ‘methanogen archaea’ emit methane as a by-product of energy generation necessary for their survival. The biomolecule responsible for methane formation is the so-called ‘Methyl-Coenzyme M Reductase’ (or MCR) protein that induces the chemical conversion.

In order for MCR to catalyse this reversible reaction, it requires to be activated by a partner protein that belongs to the superfamily of B12-dependent radical S-Adenosyl-L-Methionine (or SAM) enzymes.

The superfamily of radical SAM enzymes contains over 200,000 independent-sequenced proteins. It has been associated with a multitude of natural processes, including the biosynthesis of antibiotics and chlorophyll. One of these key enzymes (Mmp10) is responsible for the activation of the MCR protein and is therefore involved in the regulation of its methane formation.

The ubiquity of SAM enzymes across the biosphere reflects their importance in catalysing reactions that are fundamental to all forms of life. However, the mechanisms that balance their biological activities remains unclear.

To decipher the activities of the Mmp10 SAM enzyme, Dr Olivier Berteau, from the Micalis Institute at the Université Paris-Saclay, assembled a team of scientific experts with various complementary areas of expertise, including other researchers from the Aix Marseille University and Synchrotron SOLEIL in France, as well as Nagoya University in Japan. The results of the investigation were published online in the journal Nature on 2 February 2022.

The key to the activity of B12-dependent radical SAM enzymes is a simple yet powerful mechanism for triggering the catalytic reaction. The difficulty in getting the enzyme to simultaneously accommodate all the actors involved in the reaction has meant that little structural information had been available. This results in little to no available information that could help to explain how the reaction works.

To remedy this, the research team combined crystallographic results with biochemical and biophysical data to explain how B12-dependent radical SAM proteins regulate their activity, down to atomic-level details. The Mmp10 enzymatic mechanism was imaged with all actors of the reaction present.

The results of this research have implications for the development of biotechnologies that would control key enzymatic events, particularly those implicated in methane emission.

“A total of 137 proteins were screened at a leading synchrotron facility in France to get a glimpse of these rare events, which are so difficult to catch. This research also opens the door to biotech developments,” concluded Co-author and Professor, Leo Chavas, of Nagoya University.

Advancing waste heat recovery in Portugal for a greener future