Analysing the characteristics of the Apophis asteroid 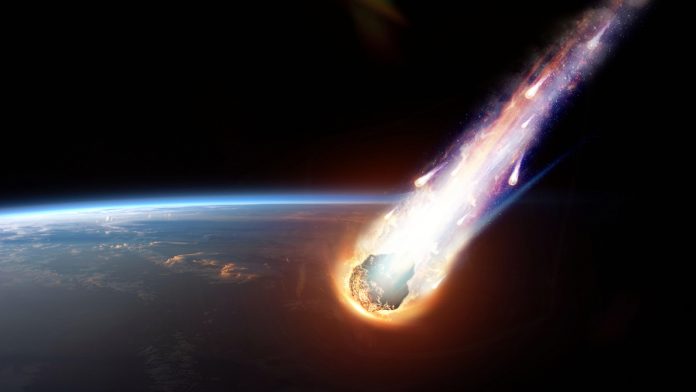 A novel research study has analysed the characteristics and dynamics of the Apophis asteroid that is set to pass in close proximity to the Earth in 2029.

In a new research study, the Universidad Carlos III de Madrid (UC3M) – in collaboration with the Universidad Estatal Paulista Júlio de Mesquita Filho (UNESP), Brazil – analyses the surface and dynamics of the Apophis asteroid that will pass close to Earth in 2029.

The Apophis asteroid was discovered in 2004 and has been closely monitored since then due to its classification as a potentially hazardous asteroid (PHA). It was originally estimated that it would have a 2% chance of hitting Earth. However, this possibility has already been ruled out and, according to the latest measurements, Apophis will reach its closest trajectory to Earth (38,000 kilometres) on the 13 April 2029.

Physical characteristics of the Apophis asteroid

This new research study analyses the physical characteristics of this celestial body and the possible effects that its approach to Earth may have.

“Collision is not the only possibility in approach events like this one,” explained Gabriel Borderes-Motta, a researcher at UC3M’s Department of Bioengineering and Aerospace Engineering. “The gravitational interaction between a planet and a body such as Apophis can change the shape of the body, break the body into pieces, disintegrate possible loose stones on the asteroid’s surface, or even remove other bodies orbiting the asteroid (such as rocks, satellites, or rings). Our study focuses on the last two possibilities: what happens to the possible stones on the surface and the asteroid’s orbit.”

How to conduct an experiment with the Apophis asteroid

Research within the space sector presents the obstacle that, in most cases, it is impossible to directly experiment with space materials. As a result, numerous investigations are approached from the field of mathematics and physics, taking the greatest possible number of variables into account.

The research team responsible for this study has analysed the physical aspects of the asteroid, including its shape and the characteristics of its gravitational field, as well as the factors that can influence its trajectory and its slope angle, such as the radiation pressure or disturbance inflicted due to its proximity to Earth.

To carry out this analysis, the team of researchers conducted a set of numerical simulations —including two simulation environments with three experimental cases each— using a disk of 15,000 particles that are different sizes in the close environment of Apophis as a sample. The objective has been to predict how the particles orbiting the asteroid will react to different situations, and how these assumptions may influence the behaviour of Apophis.

“We evaluated a 340-metre polyhedron with a uniform density in three different cases. In each case, the starting point was a different particle density, from highest to lowest,” explained Gabriel Borderes-Motta.

From these simulations, it was concluded that the asteroid’s slope angle was greater at low densities (4°) than at high densities (2°); in addition, the lower the particle density and the higher the solar radiation pressure, the fewer particles remained intact.

This means that in a scenario where Apophis has a low density, approximately 90% of the loose stones would be removed from its surface during the approach to Earth. Moreover, the results have demonstrated that Apophis’s approach could slightly affect the tides and cause some landslides on the asteroid’s surface.

The team hopes that the asteroid’s approach to Earth in 2029 will be an opportunity to improve the 3D model used to conduct space simulations, as well as to allow them to investigate and predict the effects on Apophis’s surface more accurately. All of this would mean an increase in knowledge about asteroids, which would allow us to be better prepared in the event that new celestial bodies pass in close proximity to Earth.