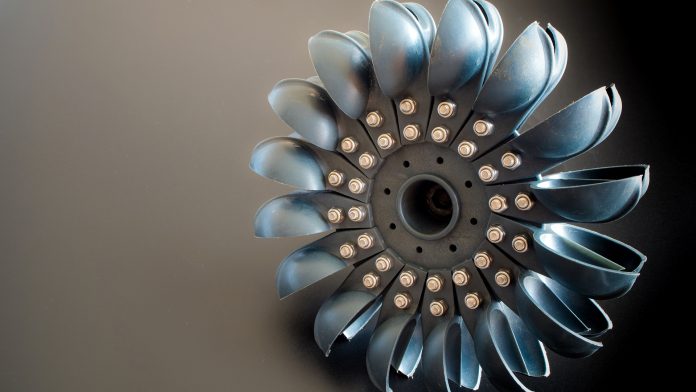 Researchers observe the ecological impacts of hydropower by analysing turbine-related fish mortality, to examine the needs for renewable energy against that of biodiversity protection.

Hydroelectric turbines put fish at risk of severe injury during passage; to support an informed debate on the sustainability of hydropower, reliable data of turbine-related fish mortality are vital.

A team of researchers at the Leibniz Institute of Freshwater Ecology and Inland Fisheries (IGB) has now provided the first global analysis in the journal Conservation Biology.

The number of hydropower plants worldwide is rapidly increasing. In Europe, 21,000 hydropower plants are in operation, and 8,500 more are planned for construction. However, there is a lack of knowledge about their impact on riverine fish stocks. Although, it has been documented that on average, 22.3% of all fish passing through turbines got killed or showed severe and potentially lethal injuries.

To provide reliable estimates of turbine-related fish mortality across fish species and turbine types, the researchers have compiled and analysed a global dataset of more than 275,000 individual fish from 75 species.

As a result, mortality data was retrieved from field-based assessments at 122 hydropower sites of varying sizes in 15 countries worldwide. The turbines selected to be analysed included Kaplan, Francis, and Very-Lowhead (VLH) turbines, as well as Archimedean screws and water wheels.

“Turbine-related fish mortality has generally been studied before, but mostly at single sites. Our study now provides a large, global-scale analysis, considering a wide range of fish species and turbine types. This makes such a dataset and its evaluation so unique and meaningful,” explained Dr Johannes Radinger, the study’s lead author and IGB researcher.

Turbine-related fish mortality is especially critical for migratory fish species, such as salmon, sturgeons or eels, for which entire cohorts of juveniles or spawners need to migrate downstream to the sea to fulfil their life cycle, thereby potentially passing turbines.

However, populations of so-called potamodromous fish, such as barbel and nase, that migrate over long distances within the river systems might also be affected. Here, it is the cumulative effect of several hydropower plants that impacts migrating fish populations.

“While analysing this global dataset, we paid particular attention to adequately account for uncertainties related to empirical estimates, such as fish handling and methodological differences in fish sampling, to ensure the highest reliability and robustness of the determined mortality rates,” said Radinger.

The result of the data analysing turbine-related fish morality, was that on average across all studies, one in five fish (22.3%) suffered fatal injuries when passing through a hydropower turbine.

The probability that a fish gets injured or killed during turbine passage depends on its size, species, life stage, and other biological characteristics, among other external factors. Usually, the odds for lethal effects increase with fish length, but they can also depend on the turbine type installed.

Slower rotating turbines such as VLH turbines and water wheels, are less harmful to fish compared to the most conventional turbine types. However, analysis also revealed a large variability in the mortality rates for conventional turbine types, causing ambiguity. There are in fact hydropower plants with turbine configurations that successfully reduce mortality rates.

In order to minimise fish morality rates, the implementation of fish-protective turbines with appropriate technical and operational configurations, accompanied with functioning up and downstream fish-migration facilities that successfully prevent fish from entering the turbines, is required.

However, such plants remain very rare. The researchers recommend that the development of fish-protective turbines or an adjustment of common turbines, should therefore be evaluated using standardised, controlled methods under realistic field conditions.

This is necessary in order to balance the needs for renewable energy with those of biodiversity protection and environmental enhancement of riverine ecosystems.

Share
Facebook
Twitter
Linkedin
Email
Print
Previous articleESG in Ecuador: Bioleaching is the catalyst
Next articleOxygen levels on Earth reveals information about life on other planets