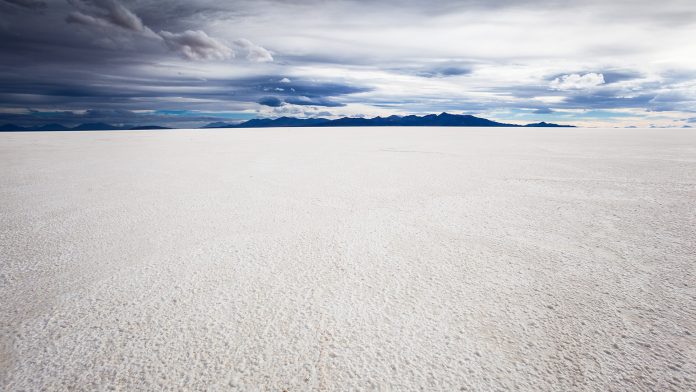 A UK company has made a major breakthrough to find a new source of lithium used in electric vehicle batteries.

With global lithium reserves predicted to be exhausted in less than 20 years, Aqualithium, in partnership with the Department of Chemical Engineering at the University of Bath, has succeeded in extracting lithium from seawater in a laboratory environment.

Demand for lithium is rising as the world moves from fossil fuel-powered vehicles and energy to battery-powered technology. However, reserves are limited and current extraction methods are environmentally damaging.

The team at the University of Bath is led by Professor Semali Perera, a leading expert in the field of adsorption and membrane filtration, whose breakthrough is the first time lithium has been extracted in such a way using new sustainable, disruptive technology.

This method of harvesting lithium from seawater is scalable and so a potentially commercially viable method of extraction unlike any other previous process.

The company continues to develop the patented Aqualithium Harvester, a floating solar powered lithium extraction system, efficiently collecting lithium from the sea in a sustainable, ecologically and environmentally sound way that produces no seaborne waste product and uses no fossil fuel power.

Net zero carbon reduction targets are pushing the rapid transition from petrol and diesel fuelled vehicles to electric ones and the annual global demand for lithium is predicted to be one million tonnes by 2026.

Aqualithium is now applying for a major Government grant to enable it to continue its research and progress toward the goal of finding a commercially viable and sustainable means of extracting lithium from seawater using its innovative process which is environmentally friendly.

Aqualithium founder Tom Black said: “This is a major milestone for Aqualithium on our journey to find a new and sustainable source of lithium.

“The real value in having a partnership between business and academia is the advantage it gives us in commercialising our process.”

Prof Perera added: “Adsorption and membrane technology combination is very effective in recovering lithium, which is critical to battery technology – but land-based stocks are limited. The key challenge we face is in recovering it in large quantities, so we are very excited to work with Aqualithium.”

AFCP has executed a letter of intent with Progressus to develop an industry-leading clean hydrogen joint venture project.
Read more

Brent Wilson, the CEO of Galvanic Energy, discusses the necessity of achieving energy independence and the future of lithium battery production in the US. This...
Read more