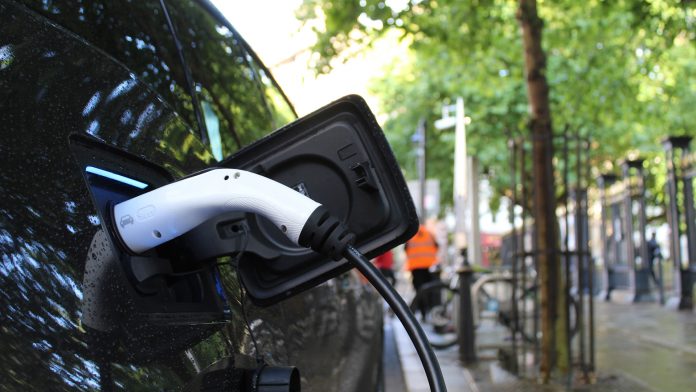 E-mobility offers many advantages to shifting mobility towards a sustainable and circular ecosystem for a carbon-neutral society – on the system’s whole life cycle. While much has been done to optimise current technology, challenges are still present concerning battery management. The ASTRABAT project, which received funding from the European Union’s Horizon 2020 research and innovation programme under grant agreement No 875029, has a consortium of 14 multidisciplinary partners. They are working on developing a new all-solid-state Li-ion cell architecture for the next generation of 2030 Li-ion batteries.

The current limitations of Li-ion batteries are limited energy density and safety issues related to fire hazards and poisonous gasses discharge in case of a thermal runaway. The project is altogether responding to these needs and developing a Li-ion battery with a longer life cycle, larger operating temperature range, lower costs and sufficient energy and power density to power the expected vehicle autonomy of 500km.

ASTRABAT focuses on bringing all-solid Li-ion batteries to a higher technology readiness level for mass scale usage. In this regard, they have decided on the KPIs of the ASTRABAT cell. To name just a few, the targets are in a life cycle of 500 cycles, 10 Ah cell capacity and energy density of 350 Wh/kg, while the goal is also for the battery to have no flammable electrolyte, no leakage and no gas formation during cycling.

ASTRABAT’s technical partners, Elaphe Propulsion Technologies Ltd and Lomartov S.L., are working jointly to ensure the compliance of the ASTRABAT prototype with the current battery regulations, standards, and certifications. They point out that the innovative aspect of the cell is essentially in the battery’s solid-state configuration. The research to increase the battery’s energy density and its fire resistance and the new material formulation was completed by DAIKIN and Fraunhofer ISC.

Generally, the core of the Li-ion battery consists of four main components; the cathode, the anode, the electrolyte and the separator. In the ASTRABAT project, DAIKIN and Fraunhofer worked on a new material configuration, influencing the battery architecture, specifically in avoiding the use of liquid electrolyte and separator, for increasing battery safety and higher battery stability since liquid electrolytes are vulnerable to battery fire hazards.

All-solid-state batteries (ASSB) are inherently safer than conventional Li-ion batteries by replacing liquid and gel electrolytes with solid ones. Here, the electrolyte will be based on polymers (ORMOCER**® and fluorocarbon polymers) and a highly-conducting additive (LLZO) as promising solid electrolytes due to its electrochemical stability and good ionic conductivity (in range of 0.4 mS/cm). Materials tackle cell generation 4a, using high voltage cathode materials based on nickel manganese cobalt oxide (NMC) that has high energy density and high voltage (>4 V). 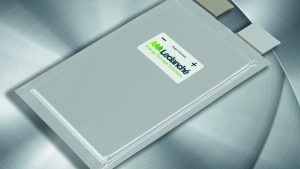 Short cycle life will be avoided thanks to a material coating on NMC since it reduces the capacity fading generated by interfacial reactivity of electrode material with the electrolyte. Generally used graphite was replaced with silicon on the anode side to triple the current energy density. Silicon anodes are also less likely to develop dendrite growth than Li-metal anodes. In the cathode, the material was configurated to have less cobalt, thus reducing the need for this critical resource. Nevertheless, silicon does have some limitations, specifically with its limited cyclability because of its large volume change during battery operation. To move lithium from the anode to the cathode, they added a conductive salt, ionic liquid and previously mentioned ceramic LLZO to the polymers.

The project recently published a deliverable of requirements for their ASSB battery and corresponding standard that should be followed, evaluating different battery energy aspects; performance, durability, safety, sustainability, resource efficiency, transport, storage and handling of batteries. To evaluate stated battery requirements and allow the ASSB to reach the European market, much regulation, standards, law, and directives are needed, depending on the institutions that create such legislation.

Among the different legislative texts on batteries adopted by the European Commission and the Member States, the following are mentioned as the most relevant:

While legislative texts are formulated and adopted at the governmental level, public or private standardisation organisations elaborate on standards to support policies and legislation. Typically, they refer to product performance, how to do a job and how to perform a test or measurement. Compliance with a relevant standard is a sign of good quality.

Standards are voluntary, except if a specific standard is prescribed in national regulation. If a particular standard is not followed, then a manufacturer must be able to justify having taken a different route. With regards to the battery safety of EVs, the leading standards selected for ASTRABAT development are:

To respond to these requirements, extensive battery testing will be completed by CEA, LEITAT and Elaphe. In the ASTRABAT project, Elaphe, who specialises in developing in-wheel motor solutions and performing testing, is involved in overcharge/over-discharge battery testing on the vehicle, provided by STELLANTIS. This type of test is done to prevent electrode breakdown and/or electrolyte decomposition.

Mechanical shock and crash testing assess battery robustness as it would be necessary if a vehicle crash event occurred. With external short circuit testing, current flow is applied to evaluate the cell’s ability to withstand this current without reaching dangerous situations such as thermal runaway, fire or explosion.

Thermal shock and cycling are evaluating the ability of the battery cell design to resist damage during rapid changes of ambient temperature. Nail penetration simulates internal short-circuiting to see if the battery bursts or explodes. Finally, a fire test assesses the risk of explosion if the battery is exposed to fire. In the latter test, the all-solid-state battery should perform significantly better as they have no or minimal amount of flammable electrolyte used. All test results will have to comply with EUCAR protocol for level four or below.

Hence, all the tests performed on the ASTRABAT cell are intended to prove the increased performance and outstanding safety of the battery and its compliance with the current regulations and standards.

Another critical aspect for the battery development to be aligned with the current trends, and to overcome present and future challenges of batteries for EVs, is to analyse their environmental impact through the whole production and manufacturing cycle. For this activity, LOMARTOV SL is responsible for validating and improving the final sustainability performance of the Li-ion battery, done by applying the Ecodesign approach to the cell development, which also includes a full environmental and Economic Life Cycle Assessment (LCA-LCC) and a recyclability analysis (jointly developed with CEA) of the prototype.

This activity closely considers the new proposal for a regulation concerning batteries and waste batteries, repealing Directive 2006/66/EC and amending Regulation (EU) No 2019/1020. The text is under development, and different policy measures are being considered.

The main innovations that will also affect the future of ASTRABAT marketability are summarised below: 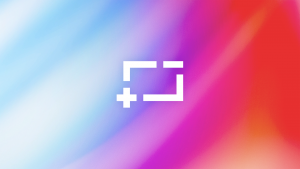 The initiatives planned by the new regulation are positive considering the current need for decarbonisation of road transport and its sustainable electrification, tackling different areas beyond transport such as climate action, green energy, waste treatment and resources. Standardisation bodies and organisations are closely following the adoption of this regulation since new standards will probably follow to support the proposed measures, facilitating the overall adoption from the industries.

ASTRABAT’s all-solid-state battery cell development is fully aligned with the directions and main innovations announced by the new regulatory framework due to the work developed by the consortium in terms of safety and both environmental and economic performance through the whole life cycle of the battery. In fact, ASTRABAT is already targeting more than 65% of the recyclability of its materials, the cell is being fully eco-designed considering the environmental footprint of all its components, and safety standards are applied on the ASSB cell ensuring no flammable electrolyte, no leakage, and no gas formation during cycling.

To conclude, ASTRABAT’s partners are working on all-solid-state batteries to overcome technology challenges that remain, especially Li-ion battery safety and energy density, solved by new material formulation and solid-state material usage. Solid-state batteries (generation 4a), in this regard, are inherently safer when compared to conventional (generation 1, 2a and 2b) lithium-ion batteries due to the lack of a flammable electrolyte and higher energy density. They are, therefore, a much-anticipated new technology for use as traction battery technology of the near future.

Furthermore, the partners are also aligning their work with the upcoming regulation on batteries and waste batteries, which will be crucial to ensure fully successful and sustainable marketability of the new all-solid-state battery cell. 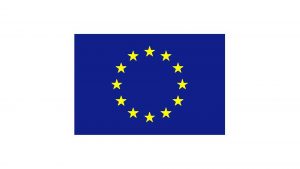