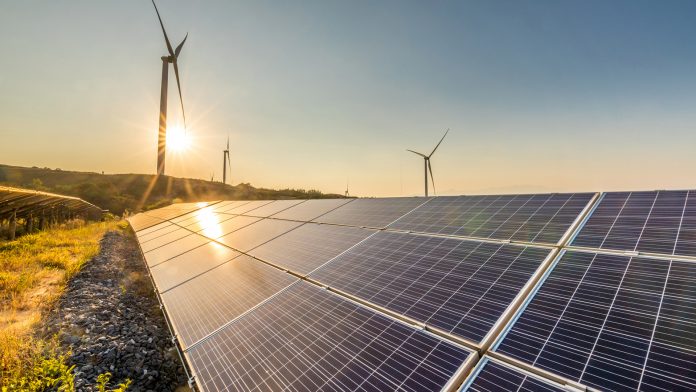 With the inauguration of the clean energy transition, the UK is seeking to strengthen its clean energy projects. Prominent Australian businesses have announced major new investments, totalling £28.5bn, in clean energy projects across the United Kingdom, as the Prime Minister hosted a UK-Australia investment roundtable at Downing Street on Wednesday 30 March.

These investment announcements follow from the Global Investment Summit, hosted by the Prime Minister in October, and the creation of the new Office for Investment. They underline the growing appeal of the UK’s dynamic economy and workforce for foreign investment.

The strategic investments are anticipated to create thousands of new jobs, supporting the Government’s agenda to level up across the UK, improve the quality of our infrastructure and housing and drive a green industrial revolution.

“I am proud that some of Australia’s leading businesses have chosen to invest in the UK, recognising opportunities across the globe in our dynamic and forward-looking economy,” commented Prime Minister Boris Johnson. “The fantastic schemes announced today will turbocharge the Government’s efforts to create jobs and growth in every part of the country, and put the UK at the cutting edge of the green industrial revolution. This is Global Britain in action – building new partnerships with friends and allies around the globe to create prosperity at home.”

Some of the new investments that have been announced include the top Australian financial services firm, Macquarie Group, who intends to invest £12bn by 2030 in infrastructure projects across the UK. These will include investments in offshore wind in Lincolnshire and north Scotland, gigabit broadband in rural England and hydrogen hubs in Southampton and Orkney. Macquarie Group has supported more than £50bn of investment in the UK in the last 15 years, backing half of the country’s existing offshore wind capacity.

Real estate and investment group, Lendlease, and its partners plan to deliver £5.5bn of investment across its major regeneration projects in London and Birmingham over the next five years, subject to planning permission. This investment is expected to deliver thousands of new low carbon homes, training and employment opportunities for local communities.

Energy, chemicals and natural resources experts, Worley, will expand their UK operations, supporting the energy transition and drive for NetZero. This will create over 1,000 highly-skilled professional jobs in the next 18 months in areas including Humberside, Manchester, Leeds, Glasgow and Aberdeen.

IFM Investors intend to deliver £3bn in investment into the UK over five years. The funding will support and help to maintain existing assets, including the M6 toll and Manchester, Stansted and East Midlands airports. Its new net zero fund will support large-scale infrastructure clean energy projects – including in electrification, carbon capture and solar power.

Global green renewable energy company, Fortescue Future Industries (FFI), plans to create up to 1,000 new jobs at Williams Advanced Engineering in Oxford, which they acquired in March. The investment will support decarbonisation initiatives and build on the UK’s excellence in engineering.

The Prime Minister hosted ten Australian CEOs and senior executives for a hybrid roundtable at Downing Street on the 30 March 2022, alongside the International Trade Secretary, to welcome the investments and discuss opportunities for further collaboration and investment.

The UK and Australia have close and historic economic, political, and cultural ties, which are set to be bolstered by our new Free Trade Agreement.

“The UK was our first destination when we expanded internationally in 1989, and has remained a strong focus for our investment activity ever since,” commented Shemara Wikramanayake, the Macquarie Group Managing Director and Chief Executive Officer. “The UK has been a world leader in the positive utilisation of private capital to meet essential infrastructure needs of communities, including as a global leader in investment in the energy transition. We look forward to building on our track record of investment of capital and expertise to deliver the next generation of UK infrastructure.”

“The UK is one of the best investment destinations in the world,” concluded Investment Minister Lord Grimstone, who also attended the roundtable. “Global businesses invest here for many reasons, not least our stability, commercial openness and financial services credentials, as seen when we hosted the Global Investment Summit last year.

“These investments not only builds on the UK-Australia Free-Trade Agreement but will help level up every part of the UK. Investment is a driving force for the creation of jobs and higher living standards, and I’m delighted we’ll see this right across the country.”