Dr Matteo Moretti, Director of the EOC, discusses the current advances in the development of next generation engineered tissues.

The regeneration of biological tissues and organs in vitro is an idea that emerged almost 25 years ago and many progresses have been done since those pioneering attempts.1 However, one of the biggest challenges in the field remains the creation of a vasculature which perfuses the in vitro regenerated tissues and organs, to keep them alive, similarly to what happens in vivo. Indeed, oxygen diffusion alone limits the development of in vitro tissues to short-lived, low cell density, micrometer-scale tissues. Hence, the implementation of perfusable circulatory networks represents a pre-requisite to engineer dense, thick, micro-architected, organ-specific units that can be implanted or employed as advanced in vitro models to study physiology and disease.

In vivo, the vasculature presents a hierarchical structure, ranging from large cm-scale vessels such as arteries and veins, down to capillaries with diameters of few microns, internally covered by a layer of endothelial cells supported by pericytes, crucial to maintain blood homeostasis. In larger vessels, the wall is more structured, with further layers embedding smooth-muscle cells, whose contractile properties regulate blood pressure, and fibroblasts. To replicate this sophisticated structure, several approaches have been developed in the last decade, although mainly aiming at reproducing tissues with embedded microcirculation, i.e. micrometre sized channels lined with a monolayer of endothelial cells. In this context, different techniques have been applied: as an example, 3D printed sacrificial carbohydrate networks were exploited to generate vascularised liver units and lithographic techniques allowed to produce endothelialised collagen hydrogels in a microfluidic chip to mimic specific pathological processes (e.g. inflammation and thrombosis).2,3

However, the geometries of the vascular trees obtained with such methodologies were very far from the complex hierarchical structure of blood vessels. Recent advancements in 3D printing methodologies (e.g. stereolithography or sacrificial writing) allowed to improve vascular architectures produced into hydrogel blocks (of mm to cm scale). These systems are based on pre-designed networks mimicking the architecture of In vivo microcirculation, being the biological (endothelial cells) component added successively.4,5 These methods have proven to be instrumental in generating rapidly perfusable mm/cm scale systems which support the growth of the surrounding tissue. However, they currently lack the physiological cellular organisation characterising the In vivo vascular niche, where capillary structures are wrapped by mural cells (pericytes, smooth muscle cells) and are surrounded by stromal cells (fibroblasts) and tissue-specific cells (e.g. osteoblasts, neurons, astrocytes), which directly contribute to the homeostasis of the network and to its organ-specific differentiation.

This complex, multi-cellular organisation has been currently achieved only by advanced 3D models based on the natural principle of self-assembly, whereby endothelial cells, supporting mural cells and organ-specific cells are put together into hydrogels, and vascular networks then form through the process of vasculogenesis (i.e. the spontaneous organisation of dispersed endothelial cells into connected tube-like structures). Indeed, by embedding a balanced mix of endothelial cells and cells acting as pericytes in a supportive hydrogel, it is possible to achieve a stable, perfusable microvascular network with multi-cellular architecture.6 Exploiting the same technique, our group described the first in vitro model of bone with a perfusable vascular network, within a microfluidic device, enclosing a hydrogel with embedded endothelial, mesenchymal cells and osteoblasts.7

Even if some successes have been achieved in the generation of multicellular vascular networks within small-scale tissues, suitable for in vitro modelling of physiology and disease, the challenge remains open for higher-scale tissues. In this context, methods for generating complex multi-cellular vascular networks uniformly extended on a mm-scale, also combined with a bone-specific microenvironment, have been developed in our laboratory, aiming at generating vascularised constructs of relevant dimensions.8 To further improve the geometry and architecture of vascular trees inside tissue constructs, the integration of pre-designed and multi-scale vessels with self-assembly based systems will be helpful, combining the advantages of both strategies, as we preliminary described.9

A last aspect to be addressed is the low cellularity of tissues generated in vitro. To this end, the fabrication of spheroids of compacted cells and more complex organoids is currently a matter of active research. The adoption of techniques for tissue vascularisation can help overcoming the current limitations of those systems, represented by short-lived systems and low diffusion of chemicals (e.g. supplemented drugs).

In conclusion, several progresses have been made towards the achievement of physiological-like vascular networks, which can push forward the next generation of in vitro fabricated biological tissues. Upon the introduction of standardised protocols and the use of relevant, patient-derived primary cells, which will guarantee the pathological-mimicking component in the models, vascularised replicates of diseased tissues will represent key tools for pharma industries, allowing to efficiently test new drugs in relevant and more predictive environments. Furthermore, the achievement of cm-sized vascularised grafts will greatly contribute to the dream of regenerating organs in vitro.

Intrigued to learn more about Dr Moretti’s research and the EOC? Click here to find out more: Who We Are 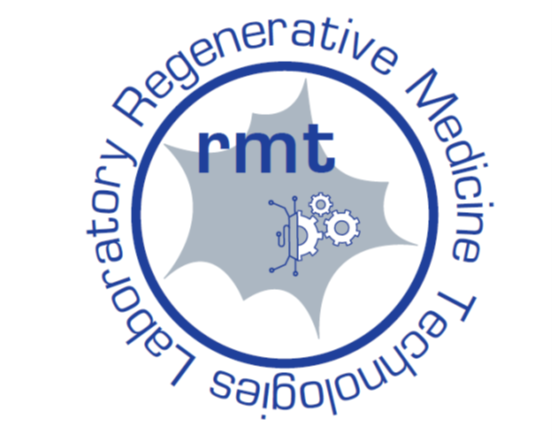