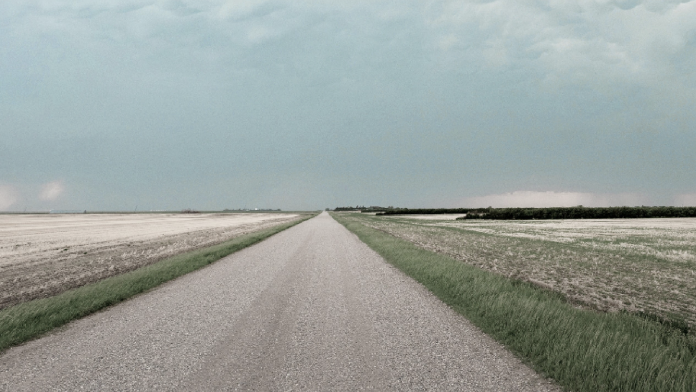 As countries across the globe strive to transition to clean energy, lithium demand is set to surge through the present decade. To keep up with this projected rising demand, production of the commodity must also increase. Currently, North American lithium production accounts for less than 2% of global demand. To combat supply insecurity caused by geopolitical tensions, North America must secure its own lithium supply and ensure a smooth clean energy transition

LithiumBank is an exploration and development company, attempting to increase production in the region by acquiring known lithium high-grade assets with existing infrastructure. The company aims to position western Canada as a contributor to North America’s energy future through the development of a strategic battery-grade lithium resource. Its flagship asset, the Boardwalk Lithium Brine Project, has great infrastructure and potential for lithium production. By utilising direct lithium extraction (DLE) technologies, LithiumBank plans to produce lithium in an economic and sustainable way. To find out more, The Innovation Platform spoke to Robert Shewchuk, LithiumBank’s Chairman and CEO.

To begin, can you outline the development of the lithium market in Canada and the formation of LithiumBank?

There was a substantial boom in the lithium market from early 2015 through to 2018, where pure lithium companies were looking to produce lithium as a core product. Many of the first movers worked to identify where the best projects might be, especially projects that were on the lower grade of the curve in western Canada. They secured the best assets and received funding during the 2015-2016 period as lithium was performing well in the marketplace, partially on the back of lithium prices significantly rising, a higher market forecast, higher demand, and limited supply.

However, in 2018 it was clear that this was a false start, and the market was forecast too far into the future. Lithium prices then began to drastically roll over, pricing under $10,000 per tonne for lithium carbonate and hydroxide. After this, companies were unable to continue to fund the projects. This was a problem because, at that time, the regulatory framework in western Canada meant that a significant amount of money must be spent on a project in order for it to continue.

When prices declined in 2018, the capital markets were closed to lithium in general, and especially to petroleum brines, considering they were on the lower end of the concentration curve. After doing all that work and gaining a good understanding of these assets, those companies were unable to finance the projects and ended up returning to the regulatory body.

Some of them, however, were able to continue by focusing on the DLE technology side. Instead of tapping the capital markets for funding, they were able to go to the provincial governments for technology grants and programmes that were in place.

LithiumBank was formed in 2018-2019 in light of the impending electrification of society. At that time, the adoption of electric vehicles (EV) was beginning to look very favourable, and the lithium markets were subsequently identified.

Ultimately, our view was that, as companies continued to struggle, assets would start coming back into the pool. Our initial strategy was to remain patient from 2019 through to 2021, with the thought that, by 2022, we would secure a long-lasting lithium asset.

What are the advantages of your Boardwalk Lithium Brine Project?

In 2019-2022, we used risk capital to put together a portfolio of the best assets in western Canada, focusing on the Leduc Formation – a Devonian-aged carbonate reef complex with a production track record of over 70 years. The portfolio is now over 3.2 million acres and, of that, 2.9 million acres are in Alberta and 326,000 acres are in Saskatchewan. Our flagship asset, Boardwalk, is about 750,000 acres of the Alberta portfolio.

Boardwalk is a closed system with over 300m of thickness and is located at Sturgeon Lake, where over 550 oil and gas wells have been drilled and produced. Due to the expansive oil and gas industry that has evolved over the last 50 years in the area, the infrastructure is fantastic. For example, there is a four-lane motorway that connects the area to surrounding infrastructure, gas plants, and well pads.

The characteristics of the lithium-rich brine at Boardwalk, such as pH and temperature, make it highly amenable to the DLE technologies that we are using for our preliminary economic assessment (PEA). The pH of the brine is important when processing as you must avoid adding acid or adjusting the pH wherever possible. Adjusting the pH could result in precipitating certain elements that you do not want to have in high concentrations.

The deposit also has six million tonnes of lithium, and, because of the high transmissivity, or high deliverability of the brine to surface, can potentially produce large quantities of the commodity.  Due to the amount of lithium available in brine, production will be able to continue for several decades.

To make a premium lithium asset, it is important to value size, grade, and deliverability. Beyond that, the temperature of the water is important relative to what daily processes you want to use. The temperature will be lost through the system, so at the end of the process the water remains hot enough for potential carbon sequestration to occur during re-injection of the brine. By starting at approximately 80°C, we can maintain minimal temperature loss that could allow carbon sequestration with disposal of the brine. Through this, we can become the cleanest and most ESG-friendly potential opportunity.

What are the advantages of Boardwalk being based in Alberta?

The Alberta Energy Regulator has run the oil and gas industry since Alberta was formed in 1905. They are now the regulator over lithium as well. Lithium petro-brines will look to extract fluids much like an oil and gas producer, except the economic unit of value is lithium.

Also, the Government in Alberta and some lithium industry participants, including LithiumBank and the Battery Metals Association of Canada (BMAC – which we are a member of), have done a good job of educating those involved in the energy industry with respect to the potential for responsible lithium production in the province.

Alberta has significant advantages in the permitting phase. Boardwalk is in a phenomenal position because it has one operator; those 550 wells, many of which are owned or completed by Canadian Natural Resources Ltd. (CNRL). With one operator, it is a lot easier to make an agreement. Being able to deal with one operator is how we will close the gap between us and our direct competitors.

Can you outline your lithium production process?

There are five processes involved in the way we view production from an asset like Boardwalk. First, the organics and hydrogen sulphide need to be filtered out. Next, the concentration is taken from 74 milligrams per litre (mg/L), which comes directly out of our brine and is upgraded to 1,000-4,000 mg/L by using ion exchange as our method for Direct Lithium Extraction (DLE). After this step, the lithium depleted brine is re-injected. We would then send the lithium concentrated brine through a reverse osmosis process to further concentrate it, and by doing that, we aim to take it to 2-5 wt% lithium chloride (LiCl) or higher if possible. An evaporation process is then done to create the high concentrate of over 40 wt% LiCl. Following this, typical electrolysis processing is carried out to create lithium hydroxide (LiOH). We can use three or four different technologies at each stage and combine them to achieve our desired result.

At Boardwalk, we have multiple potential formations to put the brine back into. This will give us the capability to sequester carbon. We will be working on this as part of the pre-feasibility study (PFS) and the next steps. This is a critical step because, if we achieve this, lithium can be produced at scale with a small carbon footprint. It will be comparable to a gas plant rather than a large mining operation. Producing something that is 3km underground via a series of wells means that there is very little disturbance. Importantly, there is also no communication with the freshwater system.

How do you aim to identify the correct technology for your asset?

We never developed our own technology as we believe there is not a sole technology that will work and having your own technology means that a lot of time is put into defending it. When companies are forced to do this, often they can waste a lot of money and time in defence of the processes, because, internally, they have people whose jobs depend on getting to an end point and they will go to great lengths to make that happen.

Technology can change the game and make something that is lower grade more economic at scale than something that is higher grade but does not have the scale. Many companies will develop innovative DLE technologies, and it is likely that a combination of new technologies can produce the extraordinary results that we are looking for.

To find the appropriate DLE technology for our asset, over 12 months ago we hired Hatch Limited, one of the biggest mining engineering firms in the world. We tasked them to identify approximately 12 companies that could take our brine chemistry and provide an appropriate DLE technology, well-suited to our brine chemistry in terms of pH and temperature.

Now, Hatch is engaged with our PEA, which we have been working through with them for the last six months. We have identified several parties, two specifically and a third in the near term, that we feel pair with our brine chemistry and elements of our brine. The process has been great for us to further understand what technologies are a good fit for us and our assets.