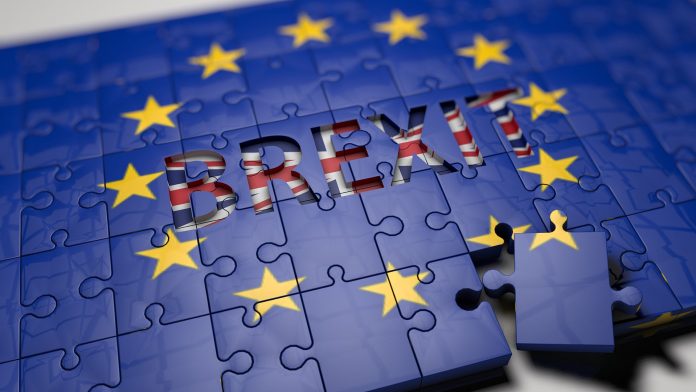 Many of the agricultural products imported and exported within Europe are covered by the Single Common Market Organisation, which provides market instruments to stabilise the sector when needed.

Beef, pork, poultry and lamb meat are some of the most common agricultural products that are being traded; there are a number of food safety and animal health requirements and regulations in place to ensure the meat trade is safe for all European citizens. With Brexit looming, there has been much speculation around what it will mean for Britain and Europe alike.

The Single Common Market Organisation outlines a set of measures, enabling the EU to monitor and manages the markets of agricultural products. A number of rules and regulations are laid out in order to stabilise the market and ensure that farmers do not suffer from unfairly low prices, whilst also keeping in mind the consumers and making sure they have a secure supply of food at reasonable prices.

The EU produces an average of around 7.5 million tonnes of beef a year and has a self-sufficiency rate of almost 100%. The majority of EU beef is produced by France, Germany, Italy and the UK with the four Member States representing about 58% of the total EU production. Despite this, the main talks around European beef trade has been the negotiations between the EU and the US, after the US was virtually shut out of the remunerative European market.

Hogan said: “By requesting this mandate to the Council the Commission is delivering on an engagement taken earlier this year to try to address some concerns raised by the United States on the functioning of the quota in a mutually satisfactory solution that is fully in line with World Trade Organisation (WTO) rules. By taking this step, we are also contributing to ease tensions across the Atlantic, in line with the agreement reached by President Juncker in July.”

An average of 150 million and a yearly production of about 22 million carcass weight means that the EU is the biggest exporter of pig meat and pig meat products and is the second largest producer of pork, behind China. Germany, Spain and France represent half of the EU’s total slaughter, which creates a self sufficiency of 111%, according to the European Commission. China receives most of the EU’s pig meat exports, despite being the largest producer of the meat in the world. Around 13% of the EU’s total production of pork is exported.

Fear strikes for the pork industry after China was struck with a deadly pig virus in September 2018. China has suffered from an outbreak of African swine fever, which is highly contagious and once a pig has been infected it can die within days. The fever has been known to be almost impossible to contain from previous outbreaks. Experts have been expressing their concern the outbreak could bring huge changes to the global meat dynamics.  As stated in a report by Bloomberg, Heather Jones, an analyst at Vertical Group stated: ‘If massive losses due ensue, the European Union might be the first to fill in the gaps for China.’

The UK poultry sector does not receive any subsidies under the Common Agricultural Policy and therefore the UK poultry sector is unlikely to be affected by cuts to support payments as a result of Britain leaving the EU. In a report by Richard Griffiths of the British Poultry Council, he states that: ‘The poultry meat industry is the only livestock sector that is capable of quickly scaling-up production to support increased self-sufficiency in the UK.’ He goes on to conclude: ‘If British production is actively backed by the Government, then the poultry meat sector is in a relatively strong position to continue producing safe, wholesome, and affordable food.’

Despite this, in a report by the UECBV and Red Flag, top-line figures included that after a no-deal or hard Brexit, the meat sector would face the highest tariffs of all sectors under WTO rules, with the estimated average UK tariff rate expected to be close to 50%, with some products, including manufacturing beef exceeding 100%.

The UK – mainly Scotland – is one of the top producers for sheep and goat trade, along with Spain, Greece and France. The four Member States represent an estimate of 68% of the EU’s total production, meaning that the sheep meat trade in Europe could also be affected by Brexit.

In the report from UECBV and Red Flag it has been speculated that in a hard Brexit scenario, the fall in sheep meat trade between the EU to the UK is 76% whereas from the UK to the EU it is likely to fall by 56%. The UK produce a lot of the proportion of EU sheep meat and therefore trade in the meat is likely to be affected more for EU Member States rather than the UK in the case of a hard Brexit. Regardless, a hard Brexit could still be devastating for all EU Member States as well as the UK.

Which meat industry is likely to be affected the most in the case of a hard Brexit?

Despite the changes Brexit is expected to bring to the poultry and sheep meat industries, the two industries are actually the ones who are likely to do the best from Brexit – albeit still not expectedly well. The beef meat market has been forecasted to be hit the hardest and the UECBV report has stated that the value of EU beef production would reduce by €2.4bn in the short-run and pig meat would reduce in value by in excess of €2.3bn – these estimations were calculated using Eurostat production values for cattle and pig in the EU27.

The report outlines that export costs imposed by tariff barriers, the necessary veterinary checks and customs and the increased transport costs could devastate the European export for the meat trade industry. It has been theorised that exports are likely to reduce by up to 84% for beef, 76% for sheep meat and 48% for pig meat.

In the report it is pointed out that: ‘as a product, meat is unlike other goods – where the final consumer offerings are assembled from different constituent parts. Meat cuts and products, on the other hand, are products of a disassembly process – trade is not in carcass, but in a wide range of cuts of meat.’ This underscores the way the market operates for the meat industry; matching supply and demand of each cut of meat and its value, in a model that optimises market revenue for the full carcass. This ideology describes how important trade is in the meat industry for finding a market equilibrium; if there is no domestic demand for the cut of meat, it is imperative to have the ability to trade the left-over cuts which are not in demand.

The European Commission stated that agricultural exports from the EU are set to benefit the most. The agreement will focus heavily on allowing the EU to substantially increase its pork exports to Mexico, with duty-free trade for virtually all pork products. The trade deal will bring in new rules to simplify and speed up paperwork and physical checks at Mexican customs and is sure to only boost Europe’s meat trade.

Commissioner for Agriculture, Phil Hogan, said: “This agreement proves yet again the value of the EU leading from the front globally in promoting open and rules-based trade. Our commitment is to deliver benefits for our citizens at home through closer co-operation with our partners abroad. This deal is very positive for our agri-food sector, creating new export opportunities for our high-quality food and drink products, which in turn will create more jobs and growth, particularly in rural areas.

The International Meat Trade Association (IMTA) covers the trade of beef, pork, poultry and sheep mate trade, particularly in relation to the EU market. The association is made up of importers, exporters, international traders and wholesale distributors of meat products.

The IMTA are there to represent the interests of their members at meetings with the UK authorities, EU Commission and other International Bodies, allowing them to keep their members fully informed of all trade-developments affecting businesses within the industry.

One of the key concerns for the IMTA at present is coming up with a post-Brexit strategy. Following the UK referendum to leave the EU there has been a lot of concern over what it could mean for the British meat trade industry.

In a report released by the IMTA they said: “The UK and EU-27 meat industry are agreed that a deal needs to be reached in order to avoid the damaging implications of a hard Brexit to industry but also to consumers.” As members of the European Livestock and Meat Trading Union (UECBV), together they put forward a list of recommendations that the IMTA are using to help in encouraging politicians to move forward to deliver what is required for sustainability.