How viable is carbon capture, utilisation and storage for climate mitigation? 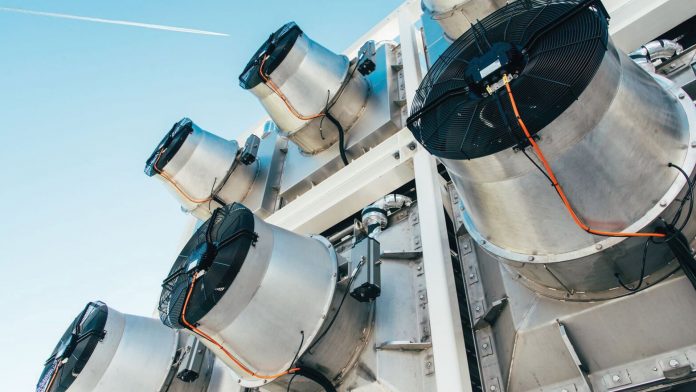 Carbon dioxide emissions need to be curbed if countries are to meet their Paris Climate Agreement commitments. Christoph Beuttler from Climeworks talks to Innovation News Network about how carbon capture, utilisation and storage could help.

Carbon capture, utilisation and storage (CCUS) encompasses the methods and technologies which allow for the removal of carbon from the atmosphere, counteracting our current large carbon footprint. CO2 is then recycled for utilisation and safe and permanent storage. CCUS will not only improve air quality but will aim to help in the fight against global warming; removing CO2 from the atmosphere will help to fight against the excessive amount of greenhouse gasses released into the air.

The European Commission has set a goal under the United Nations Framework Convention on Climate Change to aim to keep global warming limited to below 2°C and pursue efforts to limit it to 1.5°C. According to Mercator Research Institute, in order to achieve 2°C without carbon removal, the world has less than two decades to get to zero emissions, which is almost impossible to achieve.

Carbon capture can play an important role in stumping the growth of greenhouse gas emissions and during Commissioner Karmenu Vella’s press conference, A Europe that protects: clean air for all, he stated that: “More funds are stated to go to clean air projects in the new long-term budget. This includes a bigger LIFE programme, which will also invest in clean energy, and through actions for low emission and decarbonisation projects under cohesion, research and innovation policies.” Innovation News Network spoke to Christoph Beuttler from Climeworks to discuss the latest developments in carbon capture, utilisation and storage, giving insight on the best ways in which carbon can be captured and stored.

What are the prevailing technologies facilitating carbon capture, utilisation and storage?

CCUS is short for carbon capture, utilisation and storage. The idea behind this approach is to treat carbon or CO2 as a resource and not as a waste product that we release into our atmosphere which, in turn, warms our planet.

Carbon dioxide can be captured in two fundamentally different ways. The first is by what is referred to as point source capture. Here, CO2 is captured, for example, at the smoke stack of a coal plant. It is taken directly from a source and then transported to a storage site.

The other way is to capture CO2 directly from atmospheric air (the air all around us), which is much harder, as you are trying to capture around 400 CO2 molecules in a million. Although this is difficult, it is possible and can be done with Climeworks’ direct air capture technology.

Capturing CO2 directly from the air in the atmosphere is crucial because only then can the CO2 content of the atmosphere be reduced. This is something that almost all of the current Intergovernmental Panel on Climate Change (IPCC) climate models suggest that the world urgently needs in order to stay within the relatively safe 2°C global warming limit.

CO2 capture from the air is possible via a number of approaches, examples include: planting trees and using wood as a raw material, or by burning biomass and storing the CO2 that is captured by the plants and released when burning straight into the ground. Further examples include using CO2 in building materials or synthetic fuels. Direct air capture – the Climeworks approach –replaces plants with specialised technology, which enables us to achieve the same amount of carbon capture on a much smaller surface area and non-farmable land which, therefore, has no effect on large ecosystems or biodiversity.

To put it into perspective, in order to remove the quantities of CO2 predicted by the IPCC, we would need to have three planets worth of trees. With our approach, we would only need about 19,000 square kilometers for ten gigatons of CO2, which equates to one fifth of the surface area of Iceland. This also includes the space we would need in order to create all of the renewable energy needed for the removal process. If we can use a substantial amount of heat from places such as hot springs, this surface area can be reduced further – to under 5,000 square kilometers.

In addition to the EU Emissions Trading System, what more can be done on an EU level to increase CCUS operations? How can it be made more cost effective and efficient?

There is a simple answer to this; the world needs to put a price on carbon and this price needs to be sufficiently high in order to trigger a scale up of new technologies, such as direct air capture.

Generally, climate policy models want to start low and raise the price in the future. Emerging technologies need the opposite. They are expensive to start with and become cheaper over time, therefore, matching incentives are needed. In addition to this, the path to efficiency and cost effectiveness takes time, even for disruptive technologies like those developed by Climeworks.

Climate models predict that we need to remove at least six gigatons of CO2 from the atmosphere each year by 2050. To achieve this, the industry would have to grow 60% per year, every year, starting now. This requires extraordinary dedication and an industry combined effort.

There are currently very few policies that even allow technologies like direct air capture to be eligible, including the 45Q tax credit system and the California Low-Carbon Fuels Standard. More legislation is needed.

What difficulties are there in collecting and storing carbon from the atmosphere?

First, and as mentioned above, concentration of CO2 in the atmosphere is low, so capturing it can be compared with finding a needle in a haystack. Climeworks’ technology has achieved that, and we are now working hard to optimise our technology and get costs down so that we can grow and have a climate relevant impact. Our approach to storage is also unique in Iceland; our air-captured CO2 is pumped underground in basalt rock formations where it mineralises within two years and is stored safely and permanently for millions of years to come.

How can renewable fuels be produced from atmospheric CO2? And how is CCUS delivering environmental benefits in real terms, both presently and in its impact for the future?

You can use CO2 as a raw material for fuels and, whenever there is a surplus of renewable energy, you can combine it with hydrogen from electrolysis and make stable liquid synthetic fuel, which can then be used in current infrastructure, such as cars. As such, the carbon cycle is closed. It can help to benefit the environment by using upcycled and air-captured CO2, one of the most potent greenhouse gases, and turn it into a valuable resource.

In five years’ time, I see carbon capture, utilisation and storage technologies to be proven more reliable, more cost effective and growing fast, in order to help the world with its global warming crisis.