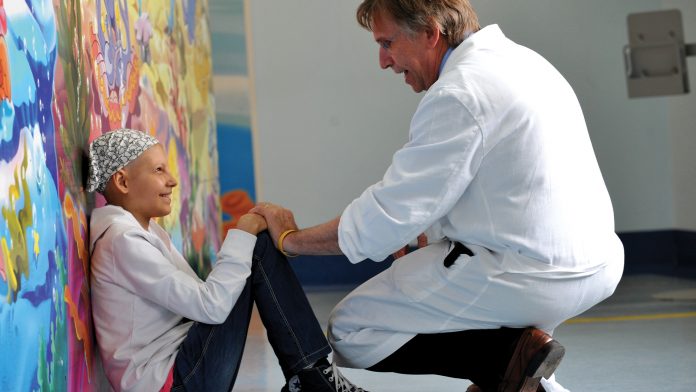 Professor Pamela Kearns, President of the European Society for Paediatric Oncology (SIOP Europe), calls on returning and candidate MEPs to pledge their support to paediatric oncology and haematology and sign the SIOP Europe and CCI Europe Manifesto.

I was delighted that our recent International Childhood Cancer Awareness Day event in the European Parliament was hosted and attended by such committed MEP advocates as Elena Gentile, Alojz Peterle, and Lieve Wierinck. As President of the European Society for Paediatric Oncology (SIOP Europe) – representing Europe’s paediatric oncology and haematology community – I urge policymakers to place childhood cancer high up on the political agenda ahead of the upcoming European Parliament elections in May.

Working together, collaboration and partnership are crucial in the fight against childhood cancer. It is by working together and through committed alliances with all stakeholders including policymakers, patient/parent/survivor groups and industry that we have made progress in paediatric oncology over the past 20 years.

Since only co-ordinated EU action can bring tangible results and improve the lives of children and young people living with cancer, we invite the next Parliament to sustain and reinforce its support of the paediatric cancer cause.

Why do we need an Elections Manifesto for childhood cancer?

Despite some progress, paediatric cancer remains a major public health and social issue in Europe with cancer remaining the main cause of death by disease in children aged one year and over. Each year, more than 35,000 children and young people are diagnosed with cancer and more than 6,000 young patients die of cancer.

By 2025, it is estimated that there will be nearly half a million childhood cancer survivors. Two-thirds of these survivors will experience long-term health and psychosocial problems due to both their disease and its treatment, which may be severe and can affect their daily lives.

We recognise that our Manifesto is ambitious, but we believe it should be possible to cure more youngsters and to cure them better while working on delivering zero deaths and zero late effects.

How have European legislators supported the challenge of childhood cancer?

I am very pleased that over its 2014-2019 mandate, the European Parliament has provided resolute support to the paediatric oncology and haematology community. Key milestones include the launch – alongside the MEPs Against Cancer (MAC) Group in November 2015 – of the SIOP Europe Strategic Plan – A European Cancer Plan for Children and Adolescents, and Parliament’s vote on the resolution regarding the Paediatric Regulation in December 2016.

We also celebrated 20 years of action towards a brighter future for children and adolescents with cancer at a special event with the MAC Group in September 2018. We have also been delighted by the expressions of commitment and support from our MEP champions during the International Childhood Cancer Awareness Day events held annually at the European Parliament.

A political and regulatory framework enabling research, innovation, and progress in paediatric oncology is a Europe that secures a more hopeful future for our children and young people with cancer.

How can MEPs endorse the SIOP Europe and CCI Europe Manifesto?

I invite returning and candidate MEPs to pledge their support to childhood cancer by endorsing our Manifesto. We owe our children a future where no child in Europe dies from cancer or suffers from late effects.

I am very appreciative that our community has been very fortunate to receive support for childhood cancer from prominent MEPs over the years. On behalf of the paediatric oncology community in Europe, I am sincerely grateful for their support over the past five years.

This article was first published on The Parliament Magazine.