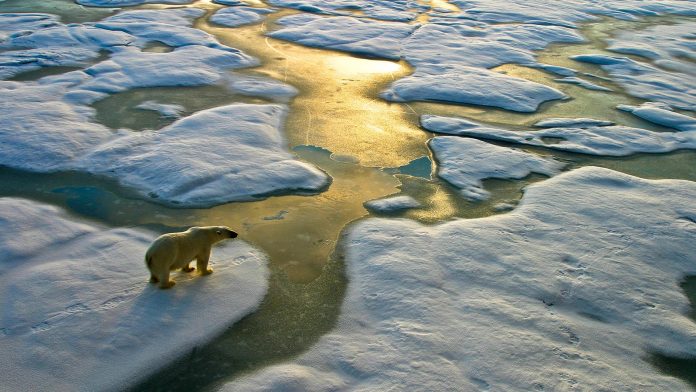 The European Commission’s Mauro Petriccione explains the seven strategic building blocks that will be required to achieve a net zero greenhouse gas EU economy by 2050.

The European Commission’s strategic vision for a climate neutral Europe, presented last November, sets out pathways for a profound transformation of our economy. By moving towards net zero greenhouse gas emissions, the EU would do its part to fight climate change while building sustainable growth and improving quality of life for all Europeans.

In Europe as elsewhere, the impacts of climate change have become hard to ignore. 2018 was marked by heat waves, droughts and other extreme weather conditions. Average temperature increases are already higher in Europe than at a global level.

The world’s scientists are unequivocal on the risks of unconstrained climate change for our environment, society and economy. The message is clear: we do not have much time to act.  However, we have not yet run out of time. Last year’s special report by the Intergovernmental Panel on Climate Change on the impacts of global warming of 1.5°C demonstrates that this target is still within reach, if we act collectively and urgently.

The EU is ready to do its part and show to the world this is possible and also good for the economy. After the Paris Agreement on climate change was adopted in 2015 and ratified in 2016, we quickly moved our focus to action at home to ensure we deliver on our commitment to cut greenhouse gas emissions by at least 40 per cent by 2030, compared to 1990 levels.

Over the last two years, we have adopted all key legislation to deliver on our goals for a climate neutral Europe and the necessary shift to lowering carbon in our energy system. A strengthened EU Emissions Trading System triggered a stronger carbon price signal to encourage low carbon investment decisions in our power sector and industry. National targets for sectors outside emissions trading, such as transport, buildings and agriculture, will ensure Member States take action on climate change across the remaining sectors of the economy. The new Regulation on land use and forestry creates an obligation to maintain and improve the EU carbon sink. Our energy efficiency, renewable energy and governance legislation will put the EU in the path of long-term decarbonisation of its energy system.

In fact, implementing our 2030 targets as now legislated would allow us to do even better than our “at least 40 per cent” target and achieve emission reductions of around 45 per cent by 2030. With the already agreed legislation and policies, the EU would be the most greenhouse gas-efficient major economy, with emissions levels per capita one of the lowest in the G20, even though our income levels are significantly higher than many other countries in that group.

Our 2030 target is already transformative. But in light of the global challenge we are facing, we need to do more. Now is the time to transition from a logic of progressive emissions reductions to one where climate neutrality is the goal.

Last November, the European Commission set out its vision for a prosperous, modern, competitive and climate neutral economy, fully in line with this objective: making the EU a net zero greenhouse gas economy by 2050.  Our vision shows how Europe can lead the way to climate neutrality by investing in realistic technological solutions and aligning action in key areas such as industrial policy, finance or research, while empowering citizens and ensuring a fair and inclusive transition.

Our analysis sets out a comprehensive vision with seven strategic building blocks that will be required to achieve a net-zero greenhouse gas economy by 2050.

First, energy efficiency. Our economy will grow, but we need to reduce energy consumption by as much as half compared to 2005. This will be essential for continued emissions cuts in in the building sector, responsible today for 40 per cent of our energy consumption. Most of the housing stock of 2050 already exists, though we will need to invest in further renovation to make it more modern and climate-friendly.

Second, advancing the deployment of renewables. By 2050, more than 80 per cent of our electricity will have to come from renewable sources. This, alongside what we expect will be a stable share of nuclear, would make the European power sector carbon-free – with beneficial effects on the security of our energy supply and significant savings on our energy import bill.

Third, we need to embrace a clean mobility system. Electrification is a promising option for many transport modes, while other alternatives include hydrogen, advanced biofuels and e-fuels. However, long distance shipping and aviation are among the biggest challenges. Smart urban planning and traffic management, together with alternative modes of private mobility and clean public transport, will also play an important role, especially in cities.

Fourth, industry. The journey towards a climate neutral Europe will converge with the need for modernising our industrial assets. In the next 10 to 15 years, technologies already known in key sectors such as steel, cement and chemicals will need to be demonstrated at scale to facilitate investment in clean and competitive industrial installations. Electrification, hydrogen, biomass and synthetic fuel share all part of the solution.

Fifth, the transformation will require an adequate smart network infrastructure and inter-connections, in order to reap the full benefits of the EU dimension and to avoid creating new bottlenecks. Energy and transport are the key fields here.

Sixth, we need to harness the potential of the bioeconomy, while preserving and enhancing our carbon sinks. Farms and forests will continue to provide food, feed and fibre to the EU economy. Further efficiency improvements, better fertiliser application and nutrients management and healthy animal stocks will benefit both farmers and the climate. Agriculture and forestry will also help decarbonise other sectors by providing biomass, energy crops and bioeconomic feedstocks.

Seven, carbon capture and storage can help us tackle those CO2 emissions which we cannot otherwise reduce. These technologies will be a complementary but likely indispensable instrument to close the circle for a net zero greenhouse gas economy, notably for energy intensive industries.

Finally, all of these building blocks must be framed by the move towards a circular economy, which has a crucial role for reducing both the emissions associated with an excessively intense use of new resources and the emission intensity of production processes.

Supporting the shift to a climate neutral Europe

Our analysis shows that all this is feasible with the right technologies, the right policies and the right changes in our choices and behaviour. It can be done with existing technologies, without relying on breakthrough future discoveries.

Making the right investments in research and innovation, infrastructure, energy production and industrial modernisation will help us move forward and address the inevitable challenges ahead of us. For instance, new technologies will need to be tested in the market and scaled up. Public finances will need to be used to leverage private financing, and funding will need to be directed where it is needed most.

While the long-term benefits of the transition are clear, the profound changes it requires will not immediately translate into short-term wins for all citizens, economic sectors and regions. Adequate resources and a well-paced transition are essential to make the process just for everyone. Leaving no-one behind requires that energy bills will not go up relentlessly, that people can access new and higher-quality jobs thanks to upskilling, and that European solidarity stays at the core of this transition.

Essentially, the challenge of achieving a climate neutral Europe by “mid-century” is one of investment (in research and innovation, infrastructure, modernisation of industrial assets, development of new business models and new services) and one of transition, which must be well paced, socially fair, and re-direct the energy and skills of Europeans rather than frustrate them.  The bulk of the efforts will be over the next decade or so, when we need to put policies and measures in place and deploy our investment, if we want results to unfold at the right pace towards 2050.

The Commission’s vision kicked off a broad discussion on the strategy, the EU’s long-term ambition and contribution to the Paris Agreement. Throughout 2019, we are engaging with the Member States, the European Parliament, national parliaments, business, trade unions, non-governmental organisations, cities, communities and citizens. This EU-wide debate should allow the EU to submit an ambitious strategy by early 2020 to the United Nations, as requested under the Paris Agreement.

In parallel, EU Member States are working on their national climate and energy plans, which are a central for achieving the EU’s 2030 goals, and their own long-term strategies. Initiatives by regions, municipalities, the private sector and civil society help further enrich the debate and will play an important role. In a transformation of this scale and speed, we all need to become agents of change.