Could fusion be the ultimate energy of the future? 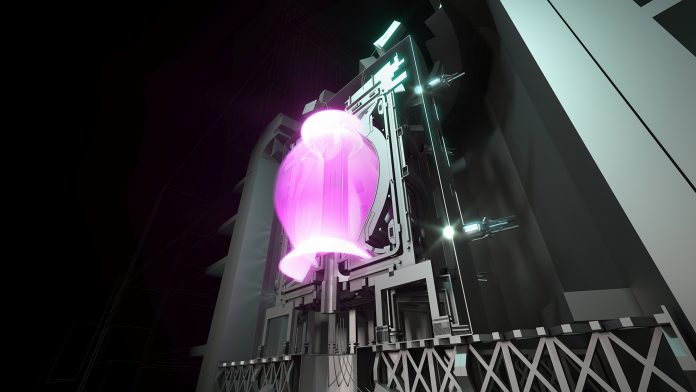 Fusion is the process that powers the Sun and stars. The rewards for recreating what many consider the ultimate energy source here on Earth are enormous, with the potential for low-carbon and near limitless energy for generations to come.

However, achieving it is one of the greatest scientific and engineering challenges of our time. The first fusion energy experiments were conducted in the 1950s, and, for most of the time since, activity has predominantly taken place in a small number of national labs.

But our world is changing, and it is clear now more than ever that new power solutions are required for a sustainable future. The commercial opportunity for delivering fusion energy is enormous. Investment and interest has spiked across the globe, and competition is driving innovation and progress like never before.

In the UK, as evidence, we recently announced that an old coal power station will be transformed into a prototype fusion energy plant. This would have been unthinkable not too long ago. West Burton power station site in northern Nottinghamshire will be developed and repurposed for a low-carbon future – from fossil fuels to fusion.

The Spherical Tokamak for Energy Production (STEP) plant will be designed and constructed to demonstrate the ability to put net electricity on the grid. It will also pave the way to enable future commercial fusion energy plants to be commissioned and constructed.

This is a huge, visible moment in our challenging and long-term endeavour to bring fusion energy to the grid. It is the start of fusion playing a role in the transition to alternative energy sources, along with renewables and traditional nuclear.

STEP is expected to pave the way to the commercialisation of fusion and the potential development of a fleet of future plants around the world. It will be a major infrastructure project that will provide a significant catalyst to a new supply chain, with first operations expected in the early 2040s.

Last year, MAST-U’s (Mega Amp Spherical Tokamak-Upgrade) exhaust system, Super-X, successfully demonstrated its effectiveness by generating a tenfold reduction in the temperature of the plasma channelled out of the machine, which would allow components in future commercial tokamaks to last longer and bring costs down.

The latest series of experiments conducted by the MAST-U machine will seek to combine the benefits of this heat reduction using different parameters – higher temperature and pressure, and increased performance caused by operating at higher field, as well as improving shape control of the plasma within the machine.

These experiments will also demonstrate how plasma confinement can be optimised for future powerplant conditions.

As evidence of technical progress, earlier this year we announced record results from the JET experiment in Oxford. Researchers from the EUROfusion consortium more than doubled the previous world record for fusion energy.

JET will soon pass the baton on to ITER, the fusion mega-project under construction in Southern France, which will continue to set new records on our roadmap to delivery.

A new wave of fusion energy experiments on record-breaking JET started in October.

EUROfusion researchers are using the famous JET machine to conduct a series of tests using helium to help inform future operations at ITER.

ITER is expected to start operations using helium and hydrogen test plasmas before commencing experiments with deuterium and tritium, the more efficient fuel used by JET, to break the world record for sustained fusion energy at the end of 2021.

EUROfusion researchers will study the behaviour of the plasmas as well as test the impact of helium on JET’s tungsten and beryllium wall to help ITER efficiently build up to full power operations. The new experiments will run for up to 16 weeks.

JET is unique in its capabilities, not only for deuterium-tritium operation but also for operating in the required high confinement mode with pure helium and with the ITER wall materials.

The groundbreaking research and innovation being done in the UK, in the framework of the EUROfusion consortium and with our partners across the globe, is all geared towards making fusion energy a reality.

JET is one of the most important machines in the history of fusion. These important new experiments will prove more science and provide crucial data for the ITER team as they prepare for operations, ultimately saving time and money on our roadmap to deliver fusion power to the grid.

Delivering fusion energy requires the very best scientists and engineers in many disciplines working together, and for this reason we are committed to advancing our partnerships with private industry.

We have signed framework agreements with a number of companies, including Tokamak Energy, Commonwealth Fusion Systems, and General Fusion, to help advance our collective ambitions. No organisation can achieve sustainable fusion on their own; together we are stronger.

Once proven, fusion needs to be deployed at scale to provide a low-carbon source of power, addressing global demand.

The world has faced big challenges before and conquered them. I wouldn’t be here if I didn’t think we could do the same with fusion. Our world needs it.

What is fusion energy?

When a mix of two forms of hydrogen (deuterium and tritium) is heated to form a controlled plasma at extreme temperatures – ten times hotter than the core of the Sun – they fuse together to create helium and release energy which can be harnessed to produce electricity.

There is more than one way of achieving this. At UKAEA, we hold this hot plasma using strong magnets in a ring-shaped machine called a ‘tokamak’. The energy created from fusion can be used to generate electricity in the same way as existing power stations.

Fusion energy is extremely fuel efficient, creating many million times more energy, per kilogram, than burning coal, oil, or gas. Currently the timing is uncertain, but fusion is expected to be part of the world’s energy supply in the second half of this century.