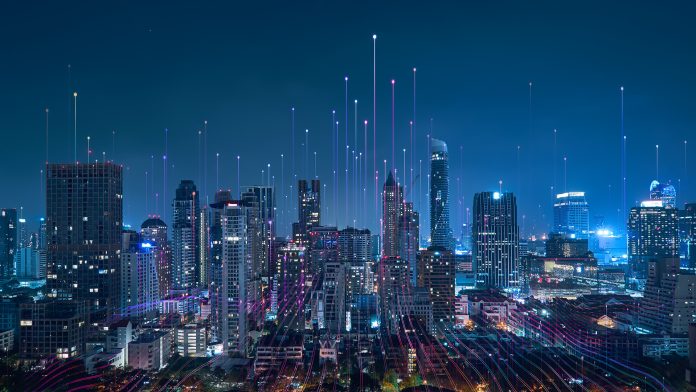 The vertical relationship between energy utilities and their customers is paving the way for new partnership and innovation, as citizens increasingly take a prominent role in the leadership of the energy transition. Cities are slowly transitioning to become smart, sustainable cities, with a focus on economic opportunity, mobility, and social interaction.

The ‘smart’ element of energy usage in cities not only refers to the way it is generated, but also the way it is deployed, meeting users’ needs in the most efficient and environmentally friendly manner – and utilities have a central role in facilitating this switch.

According to the United Nations, by 2050 more than two thirds of humanity will be urbanised. In Europe, three in every four people live in cities, according to World Bank data.

Although, as we revise metropolitan life for a new, post-pandemic and net-zero carbon age, smart, sustainable city planners are having to reconsider the purpose, sustainability and attractiveness of cities.

The electrical challenge of meeting citizens’ expectations in maintaining their standard of living while progressively reducing the environmental impact of producing that energy is especially acute in conurbations.

However, that challenge also presents an opportunity, because those same citizens are now increasingly being co-opted by local authorities and energy utility companies to become the solution. The concept of ‘prosumers’ – citizens who both produce and consume energy – is developing rapidly.

“Even in Germany, where the sun shines on average much less than, for example, in Spain, one prosumer household with photovoltaic panels can provide for the energy needs of itself and one-and-a-half other households.”

Slacik’s work foregrounds encouraging energy utilities to adopt new, horizontal relationships with their customers. He believes that smaller utilities are already building successful partnerships with those customers, based in part on a prosumer model, and that utilities prepared to show innovation and leadership will reap the rewards of the energy transition for sustainable cities.

“It takes a lot for some energy utilities to give up their traditional top-down product distribution. Their existing business models are still largely focused on economic output and not on low-profit partnerships,” commented Slacik.

This vision of the partnership is also working effectively in another Horizon initiative, MAtchUP, a smart city project that developsinnovative solutions for urban living, including in the energy sector, that can serve as models for the sustainable cities of the future.

“The classic supply direction of the energy industry, in which energy is always generated on one side and used on the other, is changing into an holistic system. This requires intelligent interaction, and private customers will take an active role,” commented Alexander Haidan from SachsenEnergie, the largest municipal utility company in eastern Germany.

Dresden, which SachsenEnergie serves, is one of the three lighthouse cities in MAtchUP. The key to the company’s approach is both a determination to pioneer innovations that drive Dresden’s future as a smart city, as well as to enable citizens to shape the energy transition by arming them with informative tools that can maximise their energy efficiency.

The project is developing several partnership initiatives, including the District Future House, a model of renewable energy generation – using photovoltaic panels on the roof – and real-time consumption data visualisation that enables residents to take advantage of flexible tariffs based on shifting supply, demand and time.

Another example of this flexible, adaptable approach is the tenant electricity model, which allows renters, in social housing for example, to benefit from a shared generation, storage and consumption structure based on a solar-panel system, despite not owning their properties.

This allows the electrical energy that has been generated locally to be used locally, and encapsulates the management of contracts and partners, tariff structures, measurement concepts, invoicing and automated billing – integrated smart solutions for a more sustainable city.

Valencia’s smart city vision to be climate-neutral by 2030

Valencia in southern Spain presents a different climate profile to Dresden, with mild winters and long, hot summers, yet also the need to promote renewable energy and efficiency in buildings is just as acute. Las Naves, a social and urban innovation hub run by the city council, is also participating in MAtchUP, and is using the gritty fishing neighbourhood of Poblats Maritims as a test bed for its own energy-related initiatives.

“The objective is to reach nearly zero-energy buildings standards with both renovation and construction of new buildings, paying special attention to the passive and active elements,” said Laurie Barriol of Las Naves. “We are also working to promote the installation of renewable energy facilities for the collective generation and self-consumption of electrical energy through renewable energy prosumer communities.”

“It’s vital for us as promoters of social innovation to be close to the citizens by providing universal access to ICT services and, thus, eliminating the digital gap,” concluded Barriol.

Smart sustainable cities hold much promise for the future if they can successfully respond to the demand for constant energy.