Professors Philippe Van Cappellen and Fereidoun Rezanezhad from the Ecohydrology Research Group and Water Institute at the University of Waterloo discuss how they are developing methods to better understand winter soil processes.

High latitude cold regions, including Arctic and subarctic regions, are warming more than twice as fast as the rest of the planet, with the greatest warming occurring during the winter. Given that a major process responsible for soil’s geochemical and microbial functions is winter warming, it affects both the hydrology of terrestrial ecosystems and the associated biogeochemical processes and services, including the cycling of carbon and nutrients. Consequently, elucidating how changing winter conditions affect soil biogeochemical processes and fluxes is essential for predicting carbon and nutrient availability in subsurface and impacts on groundwater and surface water quality. For instance, the often-reported spring pulses of dissolved carbon and nutrients in terrestrial ecosystems reflect the cumulated effects of winter soil processes on the belowground pools of bioactive elements, and the dynamic response of the soil microbial community to changes in hydrology and geochemistry that accompany spring snowmelt.

Greenhouse gas (GHG) emissions during the non-growing season (NGS: autumn, winter, spring) (Fig. 1) are also expected to change with global warming. However, there is large uncertainty in estimates of current NGS GHG emissions from cold region ecosystems and understanding the factors which regulate the processes controlling emissions during the NGS is critical for predicting the fate of the vulnerable carbon and nutrient stocks and for creating climate adaptation and mitigation strategies. Therefore, an advanced predictive understanding of carbon and nutrient cycling in soils of cold climate terrestrial ecosystems during the NGS is necessary.

Researchers with the Ecohydrology Research Group (ERG) are interested in the process-based understanding of the impacts of winter warming and freezing, as well as thawing cycles on carbon cycling, biogeochemical transformations of nutrients and contaminants, and microbial processes.

The team developed a unique automated freeze-thaw cycle soil column system (Fig. 2) with the novel feature of reproducing realistic vertical temperature gradients in the soil. The functional flexibility of this system has enabled them to simulate a wide range of atmospheric and hydrological forcings that are relevant for high latitude soil winter processes.

This soil column system has been used to investigate the effects of the redox oscillations accompanying freeze-thaw cycles on carbon turnover and nutrient leaching to groundwater and surface water sources. They have demonstrated, for instance, that the recurrent freezing and thawing of the soil surface layer causes variations in oxygen (O2) availability in the vadose zone. This, in turn, affects soil microbial activity and the processes involved in organic matter decomposition, greenhouse gas (GHG) emissions, and nutrient cycling.

When the upper soil layer is frozen, O2 influx from the atmosphere becomes limited, thereby promoting anaerobic respiration and fermentation processes. Thus, freezing and thawing cycles modulate belowground soil carbon and nutrient allocations and respiration, both by acting on the physical transport of gaseous compounds between the soil and the atmosphere, and by acting on the oxidising potential of the soil environment. Thawing of the surface soil layer is accompanied by pulses of carbon dioxide (CO2) and nitrous oxide (N2O) emissions that are attributed to a combination of the release of trapped gas that accumulated under the ice layer during frozen condition and de novo microbial reactions (e.g., fermentation and denitrification) due to the sudden increase in temperature and O2 supply upon thaw. The group’s results suggest that the enhanced access to relatively labile organic matter mobilised during freezing may also contribute to the observed post-thaw CO2 and N2O pulses. 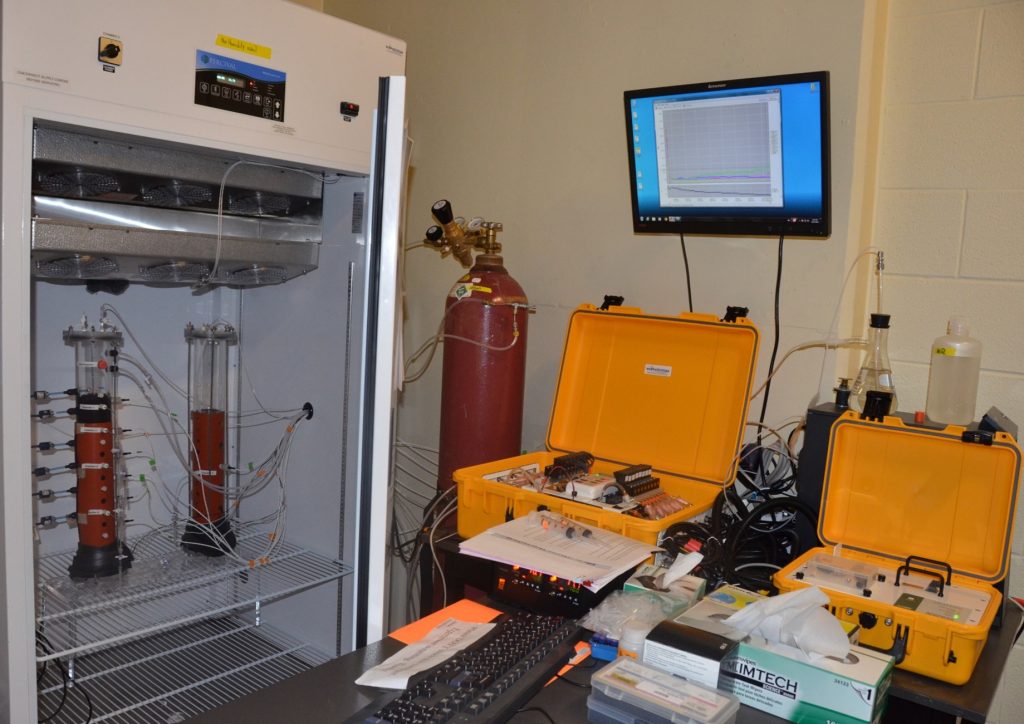 The ERG team also developed a machine-learning model and synthesis data-driven approaches to determine that changes in soil moisture, temperature, and photosynthesis are the primary drivers of changes in net carbon flux during the NGS. Recently, they applied a machine-learning model to a 13-year (1998 to 2010) continuous record of eddy covariance flux measurements at Mer Bleue Bog (located in Ottawa, Canada), and regional climate projections to forecast future changes in peatland net ecosystem exchange of CO2 during the NGS.

The research projected a 103 per cent increase in Mer Bleue peatland carbon loss by 2100 under a high radiative forcing scenario, highlighting that the peatland carbon loss will therefore constitute a strong positive climate feedback loop. In another study, they measured CO2 production rates in laboratory incubations with soils from seven Canadian peatland sites in the boreal and temperate bioclimatic vegetation zones (or ‘ecoclimates’). The results of this study highlight the statistically significant variations in the temperature sensitivity of peat soil CO2 production rates between the cold-temperate and boreal ecoclimate zones.

Overall, ERG’s research is seeking to fill a fundamental gap in understanding of the soil processes under frozen and unfrozen conditions and the transient response of soil biogeochemistry to the changes in temperature and hydrology under winter climate warming. The resulting knowledge and modelling capabilities will significantly enhance the interpretation of field-based data on greenhouse gas emissions from middle and high latitude soils and form the basis for predicting the response of cold region soil biogeochemistry to future climate scenarios. From that perspective, ERG’s research on winter soil processes will support the assessment of the vulnerability of northern cold region ecosystems’ vulnerability to winter warming.

This research was carried out in the Ecohydrology Research Group at the University of Waterloo with support from the Canada Excellence Research Chair programme, the Advancing Climate Change Science in Canada programme (ACCPJ 536050-18), the Winter Soil Processes in Transition project within the Global Water Futures (GWF) programme funded by the Canada First Research Excellence Fund (CFREF), and two Natural Sciences and Engineering Research Council (NSERC) Discovery Grants (RGPIN-2015-03801 and RGPIN-2022-03334). 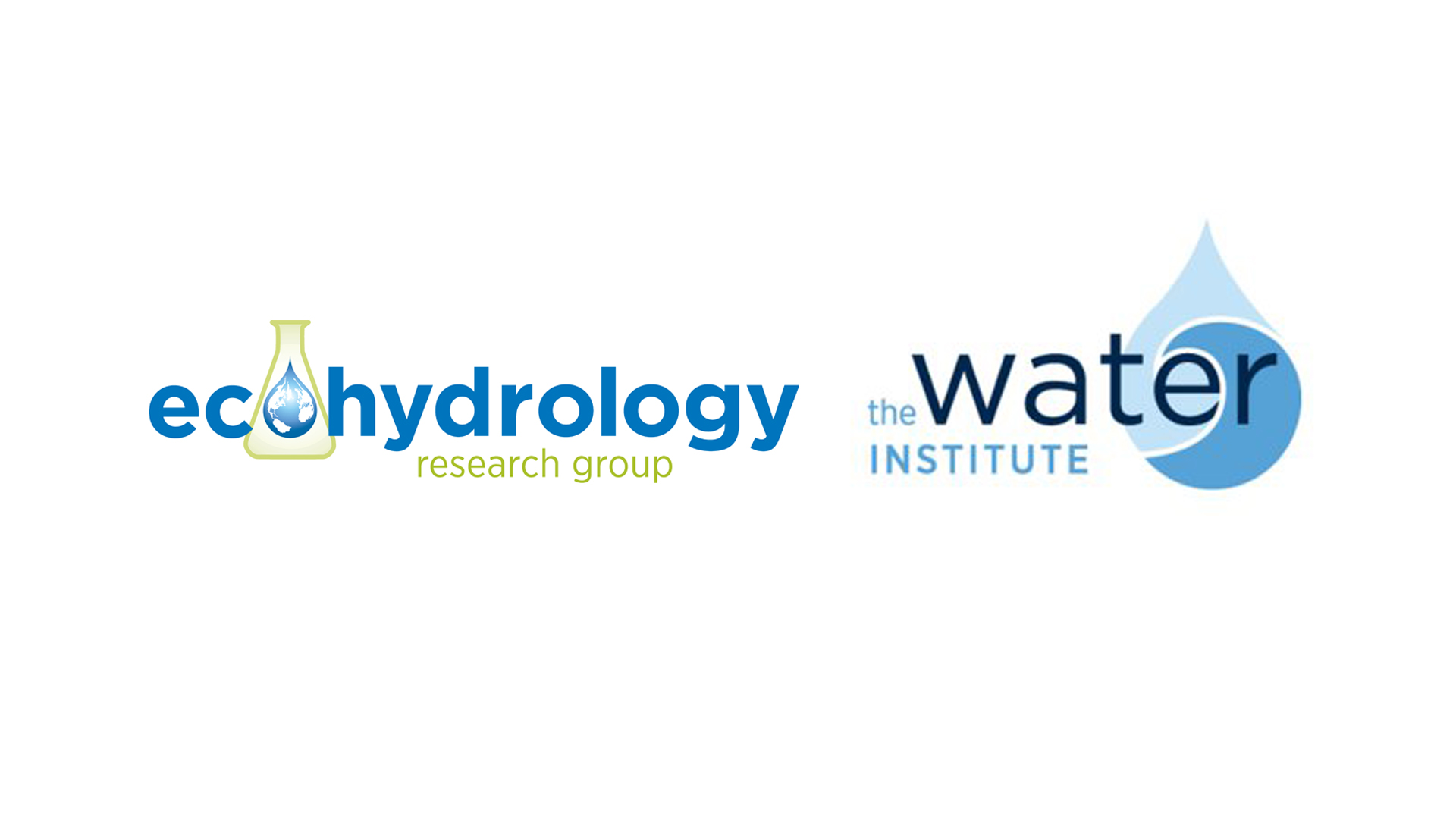