The ‘dieselgate’ legacy and solutions 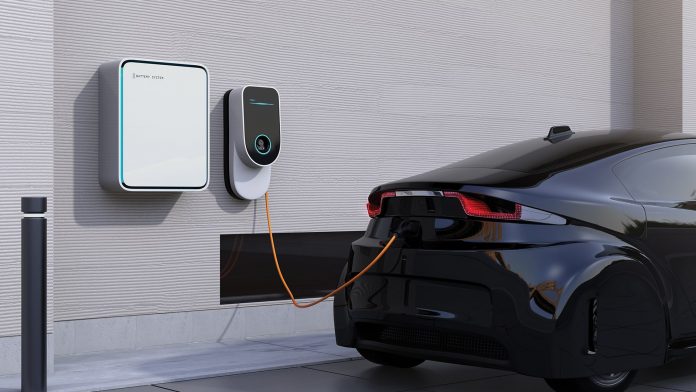 Transport and Environment’s (T&E) Greg Archer gives his opinion on the ‘dieselgate’ scandal and how sustainable transport can be successfully implemented throughout Europe.

The ‘dieselgate’ scandal will be a milestone in the history of the European car industry. The moment that most carmakers reluctantly accepted their dream of selling diesel cars globally was over, they must now shift to electric alternatives in a bid to increase sustainable transport. Whilst we must seize the opportunity ‘dieselgate’ creates through driving the shift to electrification, we must also tackle its appalling legacy of the dirty diesels still on the road.

The legislation is crystal clear – defeat devices that reduce the effectiveness of exhaust controls must be declared and can only to be used where necessary, in very limited conditions and to protect the engine. Turning down exhaust controls is not necessary and the rules clearly state: exhaust treatment systems should work for 160,000km in normal use.

Renault turns down its controls below 17 degrees, which is not allowed. Neither are Fiat and Mercedes devices based upon timers. The more the car industry deploys its legions of lawyers to try to justify the indefensible, the more it discredits its products and brands.
Nearly three years after the scandal broke, it is far from over. Some 44 million dirty diesel cars remain on the road. Yet, only a handful of these dirty diesels have received a software upgrade to reduce their emissions. The problem is much wider than Volkswagen (VW) – every vehicle manufacturer used techniques to turn down exhaust controls when the car was on the road.

The effects of the ‘dieselgate’ scandal on citizens

Whilst carmakers argue over legal complexity, the true victims are the thousands of people whose lives are cut short. Academics at Massachusetts Institute of Technology have estimated that, as a result of VW group cheating, on average, 2,600 people died, ten years prematurely. The health costs alone were €4.1bn. Putting this alongside the €1bn fine which VW recently received, the financial costs look modest.

A more extensive study in Nature magazine shows that a third of diesel NOx emissions are in excess of certification values and cause 38,000 premature deaths from particles and ozone in Europe each year. In total, nearly half a million people die early every year as a result of air pollution in Europe – equivalent to wiping out the city of Liverpool, UK in one year.

In the last few months some carmakers have turned their back on diesel, including Volvo, Toyota, Nissan, and most recently Fiat. As well as by ‘dieselgate’, their decision is driven by simple economics – just 15% of cars globally are diesel, and two in three of these are sold in Europe, where the market is in steep decline. These carmakers recognise that the research cost of developing new diesel engines will give a poor return, and they must invest in the future which is electrification for sustainable transport, not the past – diesel that is an increasingly expensive way of lowering
CO2 emissions.

The issues in our current sustainable transport schemes

The long overdue action taken by the European Commission to enforce air pollution standards has been important in driving countries to tackle harmful city air and to use more sustainable transport solutions. New policies set in many EU countries to reduce tax benefits for diesel vehicles and fuels have been one important outcome of ‘dieselgate’. But fuels are still not taxed on the basis of their energy content, and different tax rates for low CO2 and air pollution emissions are still rare.

Cities are increasingly under pressure to reduce pollution levels and as a result are proposing diesel bans and clean air zones. This is playing a key role in the diesel demise, but to date the effectiveness of low emission zones is mixed. Many zones are too small therefore, so called dirty cars can go around rather than driving into the zone – moving, and thus not solving the problem. Enforcement in some places is ineffective, but crucially no city has yet committed to banning the dirty, latest Euro 6 models, which is essential in making schemes fair and effective. Good design of the rules of low emission zones and minimal exemptions are needed to make the air fit to breathe and for the future of sustainable transport.

Diesel won’t immediately disappear in Europe, but whether the market share in 2025 is 10% or 30%, new sales will depend on how the industry responds to the crisis. At present, it continues to deny responsibility, and seems to prefer horrors without end to a horrible ending. Carmakers respond in this way because national regulators have been painfully slow and weak. The German authority ‘KBA’ has very recently been taking a harder line, requiring the recall of 750,000 Mercedes models, and the Commission must now insist on EU-wide action. Industry Commissioner Elżbieta Bieńkowska has introduced real-world tests, reform type approval, and taken some infringement actions. However, she must produce clear guidance on what it considers a defeat device, and then to enforce this. We need the 44 million dirty diesels on our roads to be cleaned up. If not, they will be exported to Eastern Europe, taking their emissions with them. In 2017, over 30,000 dirty diesels were imported into Bulgaria, mostly from Italy. Western European countries must ensure these cars are fixed, not forgotten and shipped east.

Recently, the International Council on Clean Transport – in coalition with the (T&E) alongside many others – launched the TRUE database of real world emissions, based upon remote sensing data from hundreds of thousands of vehicles.

100% of Euro 5 diesels and 91% of Euro 6 diesels’ have a poor rating. This is the ‘dieselgate’ legacy. The database will become a powerful tool for cities when implementing a ban of dirty diesels. The pain is not ending, it will go on and on, and bans will proliferate unless carmakers act constructively to sort out the mess.

Firstly, the Commission, working with national approval authorities, must require carmakers to clean up the millions of dirty cars on the road. If not, cities will be left with no choice but to implement further diesel bans. Vehicle manufacturers may scream that bans are illegal, unfair and disproportionate, but at present they give cities no other options.

Software upgrades will be sufficient for most of the 44 million dirty diesels, but for some models, hardware improvements will be needed to ensure low emissions can be certified to allow cars to be driven into and through low emission zones. Carmakers should work with their customers to upgrade exhaust controls.

Secondly, the Commission must implement Euro 7 limits that ensure diesels emit no more pollution on the road than gasoline models. These emission limits should be set, so that even in heavily trafficked locations, air pollution levels are safe. New Euro 7 rules should also tackle the inadequate systems of on-board diagnostics, and ensure limits are met throughout the vehicles lifetime.

Thirdly, carmakers should fund cities for implementing clean air plans. Every carmaker should contribute with the funding benefiting cities Europe-wide, not just in Germany. €10 per car creates a fund of over €150m annually – it’s much cheaper and more cost effective than universal hardware upgrades. Part of this fund should be used to pay for independent and robust testing. The skills of engineers are too often deployed to circumvent regulations and manipulate tests. The car industry should compete to be the cleanest, just as it does to be the safest, and independent testing will help achieve this.

Last but not least, the auto industry needs to be more constructive and drive the development of the market for electric cars. At present, carmakers are suppressing the supply and demand for electric cars. Just a handful of models are being actively marketed, and surveys reveal dealers are actively discouraging buyers, who are rarely offered the attractive financing packages available on diesel models. Minimal marketing spending ensures customers remain ignorant.

The suppression of the market matches the way in which the European Automobile Manufacturers’ Association talks down electrification of vehicles to policy makers. In my opinion, this is a cynical attempt to weaken proposed car CO2 legislation, and limit investment in electrification in Europe to preserve what market it can for diesel.

Europe is losing the race to build the electric cars of the future to the Chinese, and 14 American states that have strong electric vehicle mandates. If we do, we will become a second-tier player, meaning that the jobs and economic benefits that come from the shift to electrification will not materialise. The consultancy Cambridge Economics estimates that 200,000 jobs will be created and whilst some jobs will be lost in the auto industry, the numbers are only one third of those that will be lost through increased automation of production and productivity improvements. If Europe imports electric cars from China – instead of building them at home – nearly a third of jobs in the car industry could be lost by 2030. That is the likely outcome, as European carmakers actually invested seven times more in the past 12 months in new Chinese manufacturing for electric cars than they invested here at home.

The best way to guarantee electric vehicle manufacturing in Europe would a strong car CO2 regulation, including a 20% reduction by 2025. This should be complemented by a target for sales of low and zero-emission vehicles, with a bonus for overachievement and penalty for failing to comply. Governments can help carmakers by reforming taxes, including cutting VAT on zero-emission vehicles paid for by increasing sales, and use taxes on gas guzzlers.

In summary, while diesel can be clean, most new models still are not. In addition, almost nothing has been done to clean up the 44 million dirty diesels still on the road today. Faced with this ‘dieselgate’ legacy, cities have no choice but to ban dirty models.

The European Commission and national regulators can require clean ups of cars with defeat devices that turn down exhaust controls. The car industry can willingly clean up exhausts and contribute to the costs of cleaning up the air, so cities no longer need to inflict bans. In parallel, policy makers and industry must now drive the shift to electric cars in Europe and ensure manufacturing and engineering jobs are created in Europe as well as China. Now is the time to be bold and decisive. Now is the time to create a 21st century electric future and consign ‘dieselgate’ to history. Now is the time to focus on sustainable transport.