The Centre of Excellence in Atmospheric Science originates from the early 1980s, when scientists from the Department of Physics and the Department of Forest Ecology at the University of Helsinki created a multidisciplinary team and started to unravel questions related to biosphere-atmosphere interactions.

Since then, the members of the atmospheric science team have exceeded the publication threshold of Nature and Science dozens of times with their discoveries, many of which are connected with the formation process of aerosol particles. Most of their findings drill deep into the molecular level of physics and chemistry of the atmosphere.

The team also has three spin-off firms, developing and manufacturing, for example, special sensors and particle counters now sold on the global market. All innovations come from scientific breakthroughs made by the team.

The international interest in the Finnish atmospheric scientists has, first and foremost, arisen as a result of the technically specific observation stations. These are laboratories located in the forest, on the glacier, or in other regions, and equipped with special instruments that measure the complex interlinks between the Earth’s surface and the atmosphere. This is why the stations are referred to using the abbreviation ‘SMEAR’ (Station for Measuring Earth’s Surface Atmosphere Relations). There are altogether six stations located in Finland, Estonia and China. The earliest of these has produced unbroken measurement data since 1991.

By studying the molecular material and energy flows prevailing in the boundary layer of the Earth and the atmosphere, the scientists aim at understanding the ecosystem as a whole. They pay special attention to various feedback loops, which is a phenomenon looming behind many uncertainties of the current climate predictions. The feedback loops are not well known yet, but the aerosol particles seem to play a crucial role in them, too.

Currently, the Finnish atmospheric scientists are establishing a network of SMEAR-stations around the world. Simultaneously, the team develops technology for air quality monitoring together with versatile partners, among them many Chinese universities, officials and enterprises.

The main reasons for the scientific success of the team are:

Learn more about our research objectives. 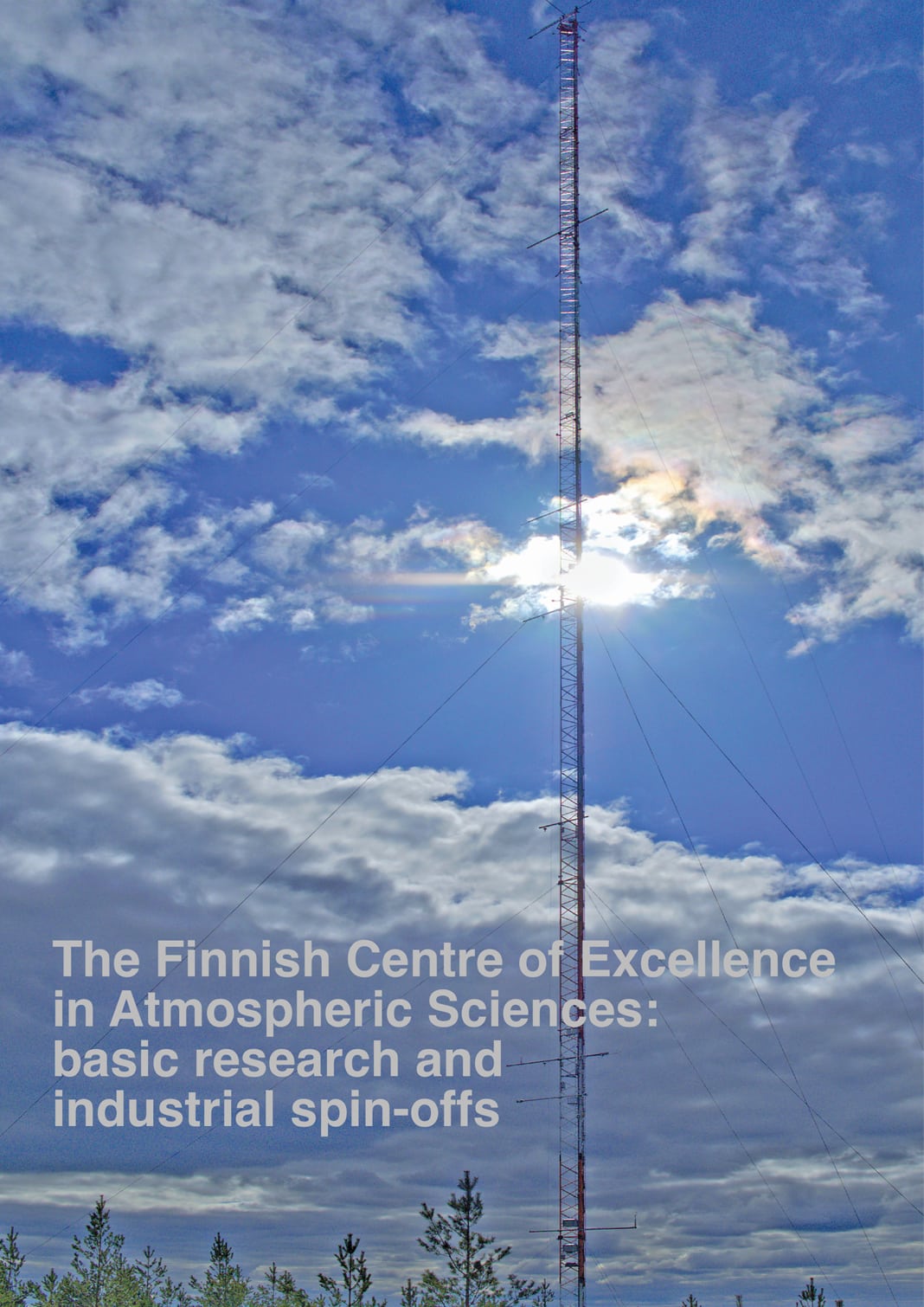