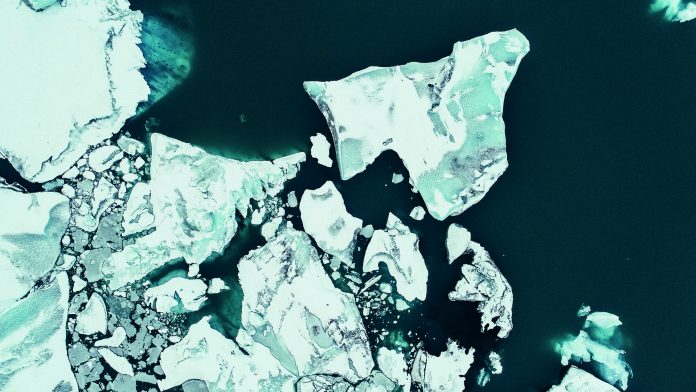 Antarctic and Arctic sea ice loss has tripled in the last decade. The Earth has lost 28 trillion tonnes of sea ice in less than 30 years, reducing the planet’s ability to reflect solar radiation, compounding the planet’s warming caused by carbon dioxide and greenhouse gas emissions (CO2e). The loss of Arctic sea ice has been proven to have a linear relationship to CO2e emissions, with every tonne of CO2e produced reducing sea ice coverage by 3 ± 0.3 square metres.

Undoubtedly, the lifecycle CO2e emissions of an electric vehicle (EV) are drastically lower than a petrol or diesel alternative. Nevertheless, EVs currently generate CO2e emissions in their production and, if not charged with renewable electricity.

Electric vehicles will become carbon neutral. The UK National Grid carbon intensity is progressively reducing and has decreased by more than 65% since 2013. Vehicle manufacturers will produce carbon-neutral vehicles by design sometime over the next decade or two, but this leaves a significant period where every new EV will continue to cause CO2e emissions to increase.

This is why Fleet Electric has created Climate Positive Leasing to ensure new EVs can remove more CO2e from the atmosphere than they contribute through investments in certified carbon reduction and reforestation projects. Every vehicle leased prevents 25 tonnes of CO2e (5-10 tonnes more than the average EV generates in its production) from entering the atmosphere, helping to prevent 75m2 of sea ice from melting.

Each month Fleet Electric supports a range of carbon reduction projects that are independently certified by the Gold Standard and Verified Carbon Standard (VCS). Recent projects include preserving the Mesoamerican Biological Corridor in Guatemala and providing clean energy through hydropower in Kanungu, Uganda.

One of the best tools to tackle the climate crisis is to remove carbon from the atmosphere by planting trees. This should help keep our temperatures from rising by more than 1.5°C. In addition to funding some of the world’s best climate crisis projects, Fleet Electric plants one hundred trees for every vehicle leased, which contributes to reducing emissions and is crucial to prevent ecological collapse.

Why Leasing Climate Positive is important

Why is Fleet Electric so passionate about climate positivity and convincing businesses to go electric sustainably?

The world is getting warmer

The average temperature of our planet has risen by one degree in the last 200 years. The last five years have been the warmest on record. The carbon dioxide in our atmosphere is at its highest levels in over 800,000 years.

Our oceans are more acidic

Since the industrial revolution, our oceans have become 30% more acidic. By the end of this century, the ocean’s surface waters could have a pH around 7.8. The last time the ocean pH was this low was 14-17 million years ago.

In the last century, sea levels have risen by over 20cms. The rate of increase has doubled in the past two decades. Sea levels could rise by up to a metre by the end of the century; every centimetre will displace a million people from their low-lying homes.

Extreme weather events have tripled. Hurricanes, wildfires and flash flooding are multiplying. What had once been biblical is becoming commonplace. Coastal flooding is projected to rise by 50% by the end of the century.

Animal extinction rates are 100 times more than any other time over several million years. The population of mammals, birds, fish, reptiles and amphibians has fallen by over 70% in the last 60 years.

With Climate Positive Leasing, businesses can not only make the right choice about which EV is best for their company, but the net effect is removing more CO2e from the atmosphere than is being added.

Fleet Electric aims to provide SMEs with advice and a procurement service equivalent to that of an in-house fleet or transport manager while benefiting the climate at the same time. Working with the majority of the top ten leasing companies and finance houses in the UK, Fleet Electric can broker the best deal for your business every time.

It is widely known that EVs attract extremely low company car tax; however, the belief is that EVs will cost more than their petrol or diesel equivalent to buy or lease. This may be true when focusing just on the retail or monthly lease price, but rarely when looking at the whole life costs.

The below example of a Vauxhall Corsa petrol versus the electric equivalent shows that despite being £70 a month more to lease, over a year, the vehicle would save the company £382.96. Not mentioned is the overnight pay rise the employee would receive because of lower Benefit-in-Kind (BiK) rates.

With the UK Government outlawing the sale of internal combustion engine (ICE) cars and vans from 2030, businesses have little time to optimise their changeover strategy to electric. Many businesses do not have the luxury of a dedicated fleet or transport manager to advise their organisations of the most efficient and cost-effective way to achieve an electrified fleet. This is where Fleet Electric can provide advice and assistance in procuring a single vehicle or transitioning an entire fleet to electric in an economical and environmentally friendly way.

Fleet Electric is also empowering businesses to help their employees go electric via their electric car Salary Sacrifice Scheme that allows employees to lease an electric vehicle in exchange for part of their salary. 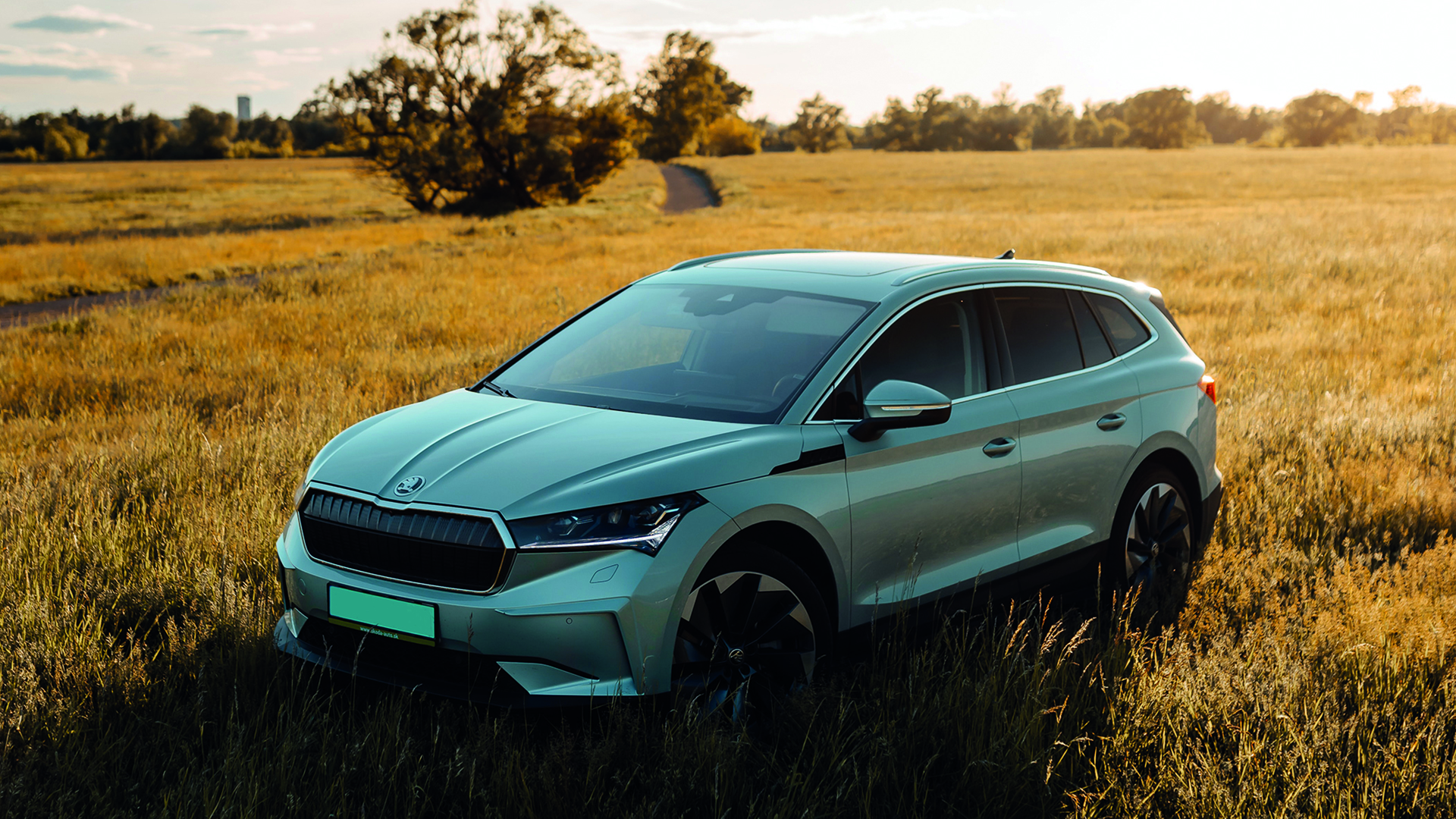 Since April 2017, when HMRC made changes to Optional Remuneration Arrangement (OpRA) and April 2020, when the Benefit-in-Kind rate was reduced for electric cars, leasing via the Salary Sacrifice Scheme has become the most cost-effective way to go electric.

Employees can lease a brand new, fully maintained and insured electric car cheaper than they could otherwise obtain, typically saving 30-40% off the cost depending on their income tax bracket. The employer deducts the lease from the gross salary. Therefore the employee does not pay any National Insurance or Income Tax on the amount of salary that they are sacrificing.

In addition to providing employees with a great benefit, by introducing a Salary Sacrifice Scheme, employers will benefit from lower National Insurance Contributions (NICs) and Corporation Tax Relief for every employee that leases a car via the scheme, saving up to a few thousand pounds each time. 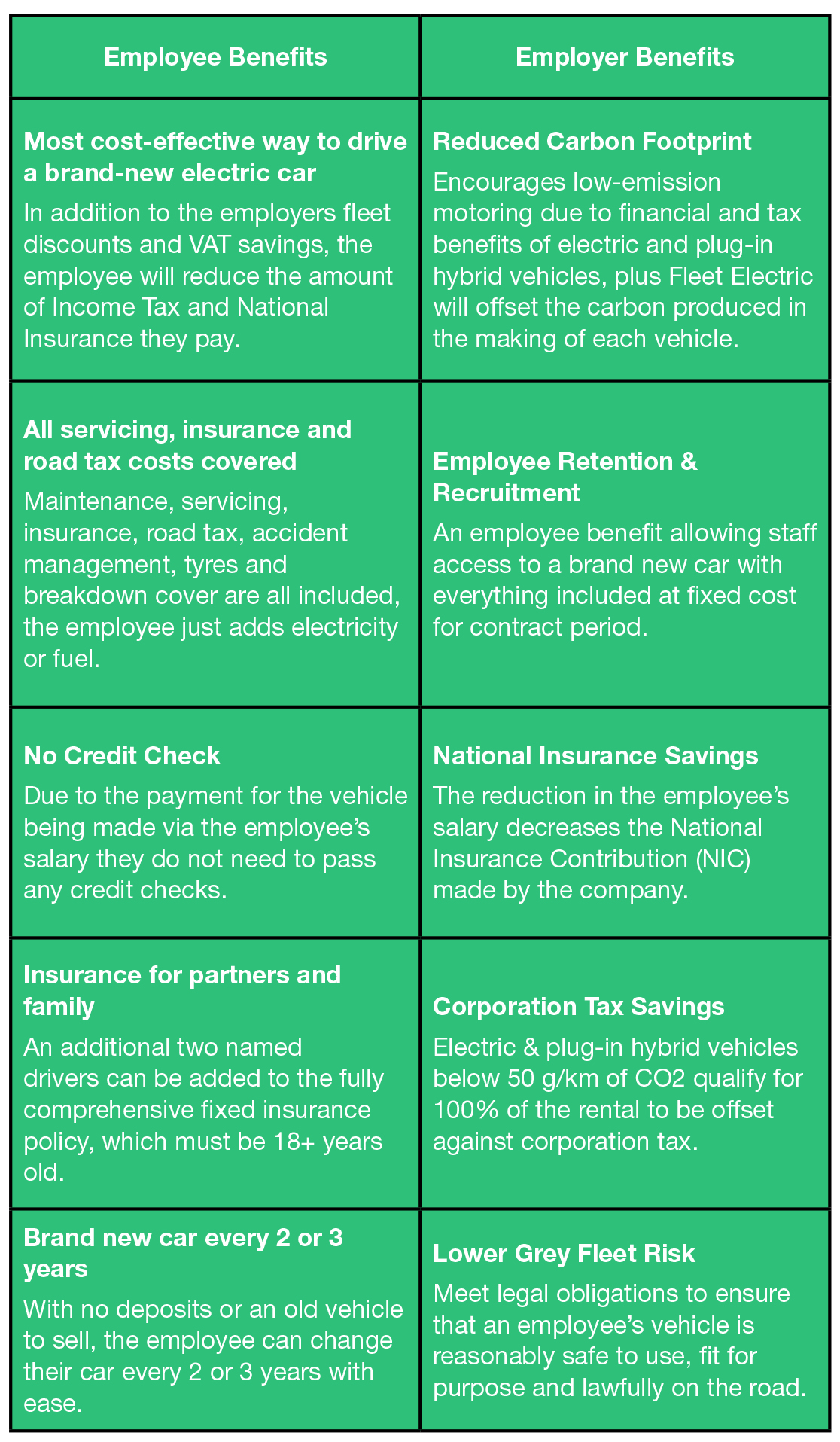 Whether a small business with only a handful of employees or a growing enterprise with a small army of staff, going electric can be made as accessible, pain-free and as sustainable as possible with Fleet Electric and its suite of Climate Positive Leasing tools.

With government grants of up to £350 per socket and write down allowances, such as the newly introduced 130% super-deductions, there has never been a better time for businesses to install the infrastructure to support the adoption of electric vehicles.

The time to go electric is now, and the way to do it is Climate Positive.

A robust European battery recycling market is crucial to upkeep competition with foreign markets and meet the need for batteries after 2030.
Read more

How can e-mobility increase energy efficiency in road transport?

The streamSAVE project is developing a streamlined methodology for the evaluation of electric vehicle energy efficiency.
Read more

How harnessing onboard vehicle data advances the transition to electric transportation

EIP's Kate Munro discusses how the current cost-of living crisis coupled with a desire to tackle climate change, has encouraged consumers to buy and use electric cars.
Read more