Empowering women is essential for an improved climate response 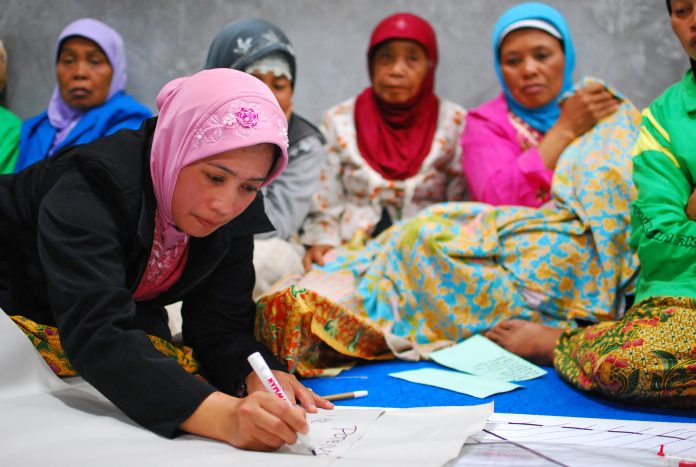 A new report, conducted by the UN Women Asia and the Pacific, discusses the vital role that women can have for an improved climate response.

According to a report by UN Women Asia and the Pacific, women possess essential knowledge and skills to contribute to the conservation and management of natural resources to create an improved climate response, yet have a limited say in environmental decision-making.

The report was published ahead of the 66th Commission on the Status of Women, which is focusing on achieving gender equality in the context of climate change, environmental and disaster risk reduction policies and programmes. The report has stated that engaging women in these areas is critical to effective climate action.

“Women’s relationship to the environment is different to men’s in several complex but interlocking ways,” commented Sarah Knibbs, officer-in-charge at UN Women Asia and the Pacific. “They are more exposed to some of the risks and also have a unique contribution to make to the solutions.”

This connection between gender and the environment is explored in the report, Women and the Environment: An Asia-Pacific Snapshot.

“Women in Pacific Island countries and territories and indigenous women across the region are key holders of traditional knowledge,” explained Sara Duerto Valero, the report’s lead author and regional advisor on gender statistics for UN Women Asia and the Pacific.

“From seasonal planting, to going after fallowing practices for land, or even limiting the consumption of certain animals or plants during select seasons, these practices carry important conservation knowledge.”

The report notes that as climate change alters rainfall patterns, it may put access to safe drinking water at risk and worsen the burden of water collection that largely falls on women. It also explains that, increased severity and frequency of droughts and floods due to climate change may amplify the barriers to using clean cooking fuels.

Women make up roughly one-third of the workforce in the renewable energy sector globally, overwhelmingly in administrative rather than managerial or technical positions. In agriculture, forestry and fishing, they earn less than men and are overrepresented in lower positions, according to the report.

“Raising women’s wages and dismantling barriers for their participation and decision-making in commercial operations could enable women to maintain their livelihoods and contribute to the sustainable management of these resources,” Duerto Valero tells SciDev.Net. “In regions such as the Pacific, where women are key holders of traditional knowledge, their access to decision-making positions could be particularly transformational”.

“Evidence from gender-environment surveys, where available, demonstrates that landowners are typically the ones who make decisions regarding pesticide and fertiliser use, as well as regarding the use of sustainable practices for agriculture or animal grazing,” Valero added.

The report utilises available data from Sustainable Development Goal (SDG) indicators, microdata from standard surveys and geospatial information from countries in the Asia Pacific region. Only 23 of the 200 SDG indicators capture the gender-environment nexus.

“Existing globally-agreed indicators are not fit-for-purpose to properly address the gender-environment nexus. A broader set of indicators is necessary,” Valero stated.

Women are underrepresented in environment-related government bodies, the private sector and natural resource management groups in the Asia Pacific region. Fewer than one in five countries have a woman minister for the environment or equivalent, and 6% have one for fisheries, according to the report.

Asia Pacific only scores 0.52 out of one in the availability of multi-hazard early warning systems according to the report. Early warning systems help communities prepare for hazardous climate-related events, such as tsunamis, earthquakes, volcanic activity etc. Providing internet to the 977 million women who still lack access in the region, could contribute substantially to disaster prevention.

“Women are often the first responders in their community,” concluded ActionAid Australia’s executive director, Michelle Higelin. “Governments and civil society must prioritise the influence and leadership of diverse women in disaster management and climate change policies. This includes developing initiatives that strengthen women’s participation in decision-making and supporting women-led innovations in regions that are on the frontlines of the climate crisis.”