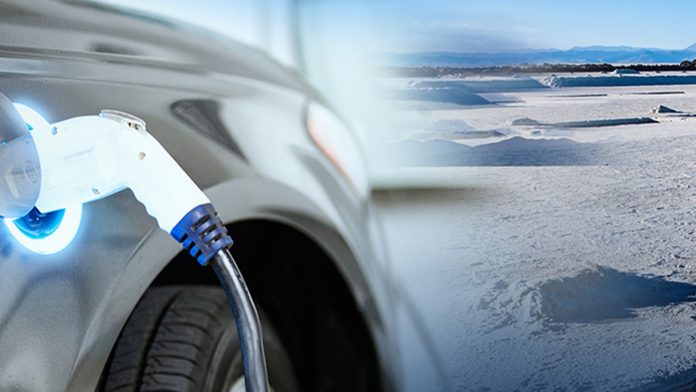 AIS Resources is on the verge of a massive royalty income stream as its partners develop six projects in Argentina’s Lithium Triangle that could flip the global lithium shortage on its head.

Consumers and businesses are frustrated over the well-publicised lithium shortage that has curbed the production of electric vehicles (EVs), computer processors, and countless other products. But China’s potential invasion of Taiwan is not playing a role: lithium is the centrepiece of rechargeable energy, which has become the focal point of global commerce, and there simply is not enough of it being produced. The primary cause of this crisis is the absence of lithium – the most important resource in the challenge to electrify the world’s power sources.

South America’s Lithium Triangle contains the solution. It hosts over 50% of the world’s sustainably-sourced lithium brine and its salt flats contain roughly half of the world’s known lithium deposits. AIS Resources has optioned six projects to partners with excellent potential in the heart of the Lithium Triangle: Argentina.

These projects span three salars, also known as ‘salt lakes’, where the world’s sustainably-sourced lithium is concentrated and extracted. These sites not only contain a large percentage of the world’s lithium supply, but have the potential to drastically improve the global economy and help national governments meet the requirements of the Paris Climate Agreement.

Of the three countries that make up South America’s Lithium Triangle (Argentina, Bolivia, and Chile), Argentina is uniquely positioned to provide favourable results for mining firms and investors. The country takes by far the most liberal approach to exploration — as long as environmental regulations are followed. This is particularly true in the Salta Province. As a result, AIS Resources’ partners do not need to navigate the red tape that so many other mining operations have been saddled with in the more state-controlled countries of Chile and Bolivia (where they could face nationalisation).

Argentina: A major player in the world’s clean energy future

Argentina’s role in mitigating the global lithium shortage is even greater than at first glance. Russia’s invasion of Ukraine signalled that the post-Second World War order is under threat. Along with China, Iran, North Korea, and other rivals, an alternative to liberal democracy is challenging the West’s dominance. One of the primary factors for the free world to maintain global supremacy is the control of valuable minerals, including lithium. The US and its allies enjoy a great bilateral relationship with Argentina – a relationship that amplifies the value of AIS projects in this region.

Outside of global geopolitics, AIS Resources’ mining sites are emerging at a pivotal time; not only are electric vehicles becoming more popular, but the global chip shortage is also threatening economic growth as less lithium means less supply to gigafactories that build gigawatts of lithium battery power. In short, if the lithium shortage continues, it will be harder to transition the world to sustainable energy sources, or even produce the number of smartphones, laptops and other devices that are needed to maintain global economic growth. AIS Resources’ Argentina-based interests will play a major role in securing a green future. AIS partners estimate they will produce more than 50,000 MT of lithium carbonate a year using the green footprint EkoSolve™ Direct Lithium Extraction process. 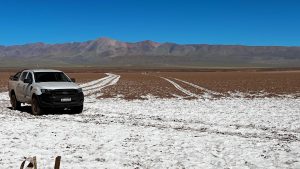 Candela II Project, Incahuasi Salar
•   This 300-hectare mineral claim has been optioned to Spey Resources (listed CSE: SPEY), who have drilled five HQ diameter exploration wells and will start drilling up to eight production wells in Q1 2023. AIS currently retains a 20% equity interest with a $6m buyout for the balance if the NI43-101 resource estimate exceeds 45,000 MT of lithium metal equivalent
•   If more than 45,000 MT of lithium is produced, AIS receives $250,000 for each additional five MT if SPEY elects to buy AIS 20% interest. If AIS retains its 20% interest, then its share of the plan cost will be approximately $26m and at 10,000 MT production at $54,000 per tonne – the levy value for exports set by the Argentinian goverment – AIS will receive approximately $90m a year in royalties

Pocitos 1 & 2 Projects, Pocitos Salar
•   These two projects are 800 hectares and 532 hectares in size, respectively
•   They have been optioned to Spey Resources and Recharge Resources (listed CSE: RR)
•   AIS retains a 7.5% royalty on lithium carbonate sales for both properties and has invested $1.5m exploring the projects

The geologists who have been tasked with managing these sites have been impressed with the results. Several major aquifers have been located and exploration has been deemed ‘rewarding’ by the highly-specialised on-site team.

As well as addressing the global lithium shortage, these projects represent much more than an exciting investment opportunity: they represent a brighter future for clean energy advocates, consumers, the high-tech economy, a revitalised auto industry, the digital workforce, and many more industries and social demographics.

The AIS projects all source lithium from brine mining methods using Direct Lithium Extraction (DLE) that does not disturb the ground water and lives of local Indigenous people. Unlike some competitors, we engage exclusively with projects that use the tried-and-tested EkoSolve method to secure lithium chloride and/or lithium carbonate. The entire purpose of the lithium revolution is to produce more efficient battery technology that simultaneously reduces the carbon footprint of global industry. Our vision aligns with this purpose. 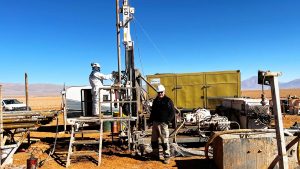 We utilise a technology called Direct Lithium Extraction, using solvent exchange with a continuous multiple pass single process which no one else has implemented commercially. The process extracts only lithium from the brine, taken from 300-400m below the surface, leaving the surrounding environment untouched. Once the lithium is removed, the brine is returned to desert land adjacent to the salar. Although solvent exchange was invented in 1960, it was not applied to lithium extraction until 2018 when breakthrough developments to achieve over 95% recovery were developed by the University of Melbourne in Australia in conjunction with Dr Carlos Sorentino, Chief Technical Officer and Chairman of Ekos Research, and Geologist Phil Thomas.

It normally takes between four and five years to extract lithium from these, from exploration to production. However, with an EkoSolve plant, construction is expected to take less than two years. Why? Because AIS’ partners will pre-build their 10,000 MT operating plants in Australia and ship them in containers for on-site assembly. 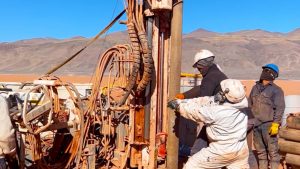 As our plants recover 97% of the solvents used in the extraction process for each completed pass set, the largest expenditures are significantly diminished during the ion exchange and adsorption media processes. Plus, solvents do not cost much more than diesel fuel.

Current assays by chemical process engineers are finding that as much as 95% of the available lithium is extracted from the brine, resulting in almost pure lithium chloride. Most other techniques typically result in only 60-80% of lithium recovery at best. And because at least 97% of the solvents used to operate the process are recovered, the operational costs for these mining sites are a fraction of other systems. The capital expenditure is roughly half because the plant basically consists of processing columns and electric pumps with bagging and logistics equipment at the back end.

Benefitting the communities where we operate

Not only are AIS’ pumping and processing practices sustainable and providing jobs to local Argentines, the community has received us with open arms. We are providing employment and economic development through mining camps, supplies and other services required while building access roads. We are grateful they have allowed us to operate in their beautiful and scenic backyards. 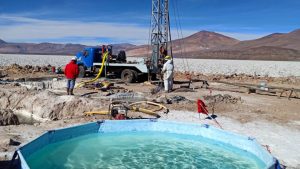 Lithium exploration started in 1972 and now the advances in geohydrology and geophysics are enabling AIS Resources to modernise the industry. The public is rightfully frustrated at the high price of lithium-powered vehicles and our six projects are well-positioned to ensure that the lithium shortage is addressed. We are envisioning a future where gas-powered vehicles are obsolete and one charge lasts longer than 1,000 miles.

Many people credit Tesla with ushering in the sustainability revolution. But that was then, and this is now. Today, all of the world’s major automakers are rolling out hybrid and electric vehicles, but they all share a common problem: there is still a lithium shortage, as they lack competitively priced long range lithium batteries needed to produce enough vehicles to meet consumer demand. While many see this as a conundrum, AIS actually sees it as a promising opportunity. 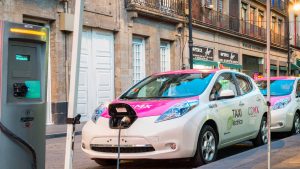 Not only are people desperate to transition away from fossil fuels, they are doing so in a way that is pushing innovation. After all, nothing pushes forward new, fresh ideas like adversity. The performance of lithium batteries will continue to improve, and their demand shows no signs of slowing down. As a result, AIS Resources has been awarded a unique opportunity that it will not squander.

With time, the price of lithium will rise. There is only a finite amount of it on Earth and no substitute for powering electric batteries has surfaced to date — nor will one in the near future. The world will rely on lithium in the long term and AIS Resources is poised to benefit both today and tomorrow.

The COVID-19 pandemic forced more people online than ever before and pushed average chip consumption to new heights. Lithium brine mining is, without a doubt, one of the most important activities in powering the new economy and AIS Resources is proud to play a major part in ending the lithium shortage.