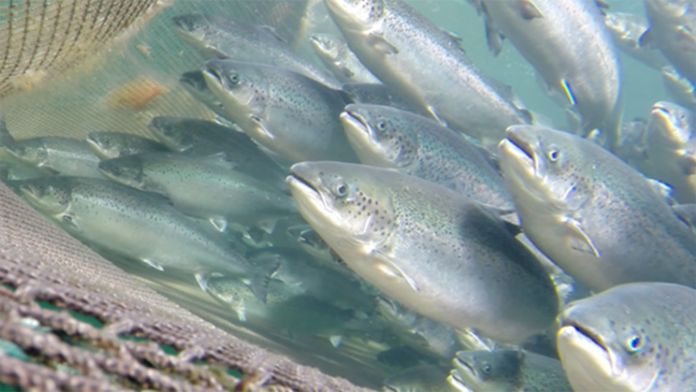 Marineholmen RASLab CEO Mark Powell explains how RASLab and partners at the University of Bergen and ILab, working with AMC-Technology, are developing and applying an app-based tool for monitoring fish welfare in aquaculture.

The issue of fish welfare has become increasingly more prominent within aquaculture in the past decade as increased demand for ethically raised fish has led to more focus on the need to monitor the welfare of the stock being produced. It is also key when looking at zoological research, as 95% of this research within Norway is performed on fish. From a scientific perspective, ensuring continued ethical research on animals requires close monitoring of animal welfare. However, this can be hard to clarify as the definition of a humane end point can be inconsistent when measuring welfare objectives between researchers. Although there have been attempts to identify and standardise welfare indicators, these are often complex and not readily translatable between individual cases. With these issues in mind, RASLab created the eMar application to help the industry move towards standardised expectations of fish welfare.

eMar is a digital platform and application that has adopted some of the standard welfare indices used in aquaculture science and combined them into a simple and customisable format. Originally formulated by AMC-Technology, the eMar application allows the user to record data about the holding conditions of the fish, rearing units, source of the stock, and any other necessary data, even individual PIT tags, and log this data along with inputted scores for welfare indicators.  For example, characters such as scale loss, fin damage, opercular and skeletal deformities, skin hemorrhage, and sores can all be documented according to the FISHWELL scoring system as a 0-3 score.1 The eMar application then gives a summary of all the inputted data either at an individual or sample population level.

Variation in scoring criteria is common when collecting accurate data, as different people may score differently for different characteristics. The eMar platform reduces this variation by providing indicative images for each score for reference, even allowing the user to input their own images into the database to keep consistent records of previous issues their stock has faced.

Svein Brekke, CTO of eMar Digital, has explained that, together with RASLab, they are equally enthusiastic about the eMar App, and that they see that the app offers a significant opportunity with regards to fish welfare scoring, documentation, and research, adding that eMar Digital believes the involvement of the RASLab team makes the approach highly relevant for research and commercial entities to utilise and benefit from.

How can eMar be used?

One of the main applications for eMar is the documentation of welfare indicators in research. At RASLab, we routinely monitor fish welfare for the majority of our experiments at the behest of our customers. Using a randomised sampling procedure, we can monitor the welfare of the fish under experimentation and assess how treatments may adversely or positively affect fish welfare. Where possible, we assess fish welfare at monthly weighing and measuring events to accompany growth and feed conversion rate assessments and aid fin experiments. 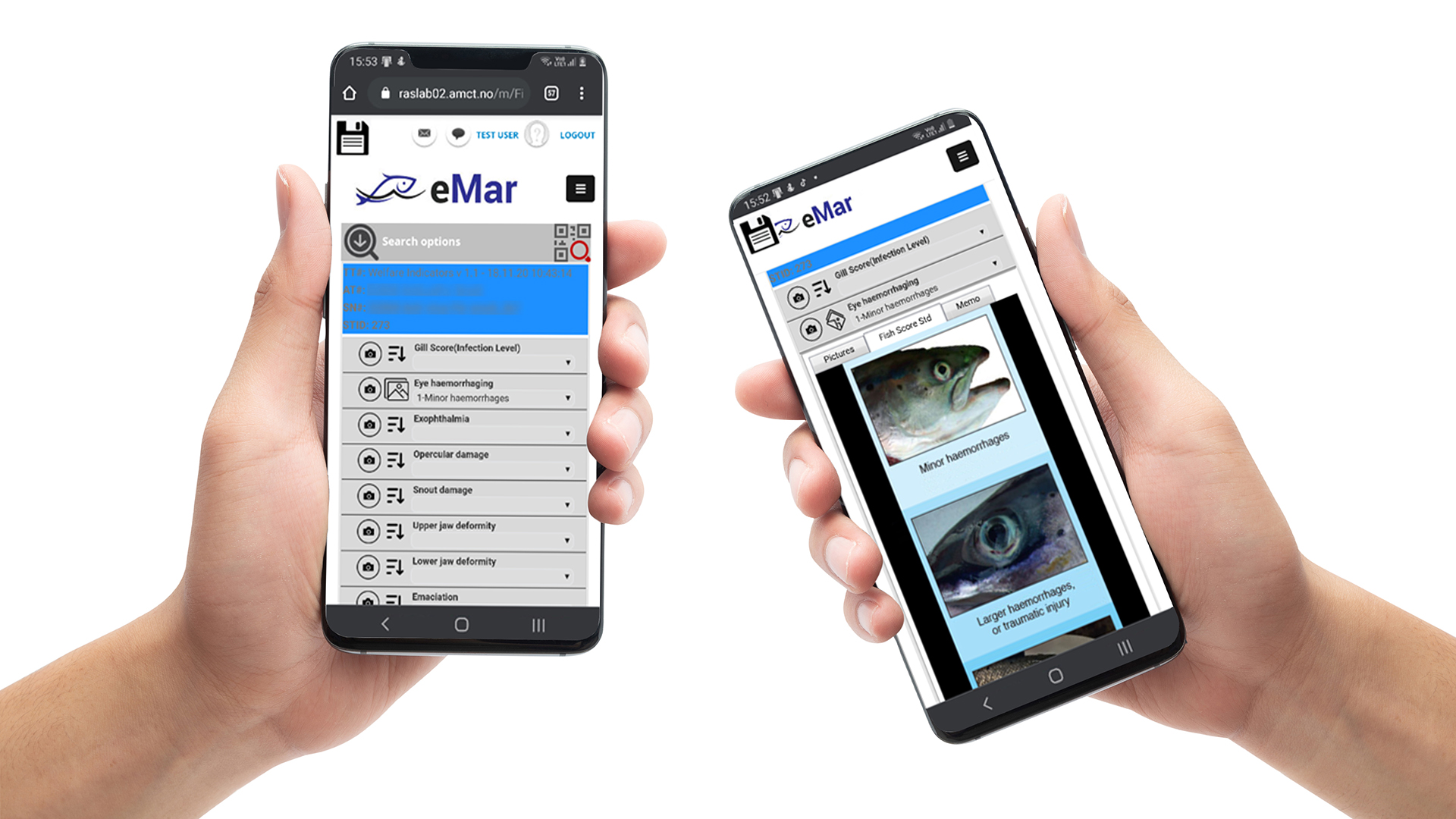 Another key application of the eMar technology is in the documentation of humane endpoints. In scientific experiments we do not want research animals to suffer, so recognising where fish welfare is being compromised at either the individual or population level is paramount. In this case, eMar can be used as a decision tool to determine when endpoints are reached in order to allow for consistent operations in research facilities.

Although initially developed for monitoring fish welfare in research, the eMar platform is readily applicable to commercial farm operations and easy to access as the technology can run on a smartphone, tablet, or other electronic device in the form of an app. Fish welfare assessments can be carried out cage- or tank-side, in any conditions, and the data that is collected will be uploaded and can be immediately available to other stakeholders or researchers without them even needing to be in the same country.

The eMar application platform is being developed and tested firstly for salmon, but development is ongoing to extend it to other aquaculture fish species, as well as ornamental fish and other research significant fish species such as zebrafish. The importance of the future development of this technology has already been widely recognised, with the team being nominated for innovations in fish welfare prizes from Norecopa (who have been supporting the development of the eMar platform) as well as NorskfiskOppdrett.

Leading in the development of emergent technologies for application in fish welfare research is a main goal for RASLab and yet another way in which we are innovating the future of aquaculture. 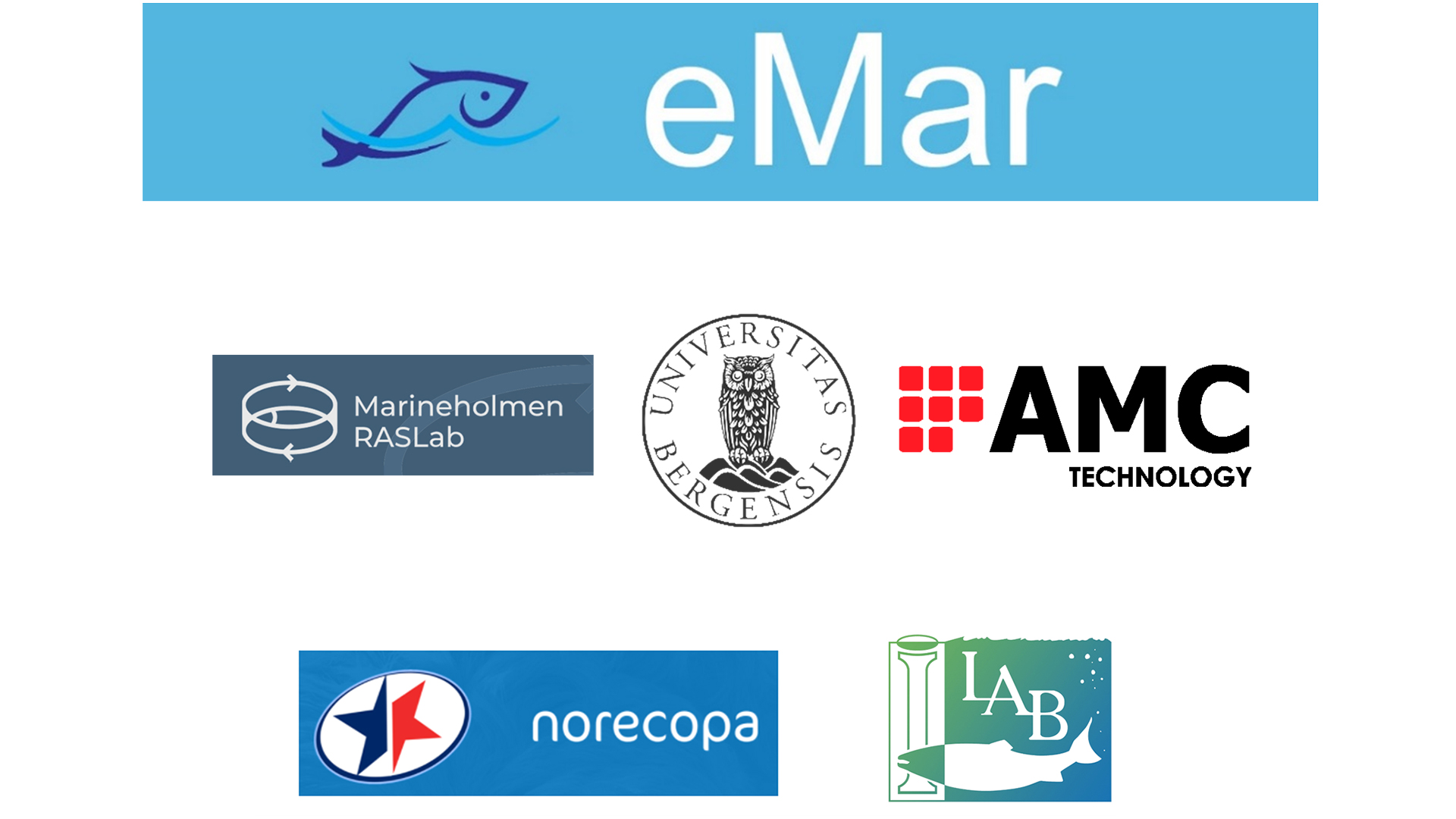