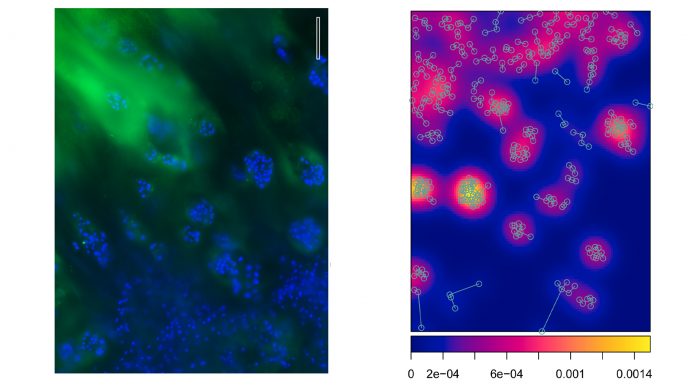 We speak to G.E.R.N Director, Prof B Rolauffs, about tackling the problems with the current translation of tissue engineering towards clinical use.

G.E.R.N. is the Research Center for Tissue Replacement, Regeneration & Neogenesis of the Freiburg University Medical Center. The center focuses on clinically motivated questions and regenerative medicine problems that are relevant to the therapy of musculoskeletal, oral, maxillofacial and dental tissues.

We spoke to G.E.R.N Director, Prof B Rolauffs, about tackling the problems with the current translation of tissue engineering towards clinical use.

Tissue Engineering is a vast research field. How does it relate to your specialty of orthopaedics and trauma surgery?

Orthopaedic surgeons have achieved quite a bit. Remember that the first successful human bone marrow transplantation, a cell-based therapy, took place in 1968. In orthopaedics, the first ever human autologous cell implantation was performed in 1987 and used native cartilage cells, the chondrocytes. If one thinks about the many fields without any established cell-based therapy, our field appears quite advanced.

How active do you think your field is in basic science and clinical tissue engineering?

An important focus of orthopaedic tissue engineering is to repair cartilage lesions to avoid, postpone or alleviate progression of the lesion size and severity, as progression is known to eventually lead to clinical osteoarthritis (OA). Other hotspots are degenerative disc disease and bone tissue engineering. Currently, multiple cell-based and also cell-free biologically acting implants are available for daily clinical routine. For cartilage repair, around 11 cell therapy products have been or are on the market and are in different stages of approval. Last year, three products classified as autologous chondrocyte implantation were or are being examined clinically; two under the hospital exemption (HE) scheme in Germany and one product has been approved by EMA in 2017.

What are the current problems with translation of tissue engineering towards clinical use?

To some extent it is common knowledge that, despite a large body of promising basic science concepts and prototypes, the bottleneck in translation are the regulatory demands and the associated financial hurdles, which are significant. In my opinion, two other thoughts are also really important in my field. First, there is a large discrepancy in numbers between the incidences of knee cartilage lesions, compared to the number of annually performed cartilage repair procedures to avoid later osteoarthritis, and the number of patients that receive a knee joint replacement due to osteoarthritis. For example, the annual incidence of cartilage injuries was 61 per 100,000 patients in 2011 across all age groups and sexes but, surprisingly, only 17% received cartilage repair. Yet, only 1% involved advanced repair techniques such as tissue engineering via cell therapy.1 More surprisingly, the number of total knee joint replacements exceeded these numbers by far, as 429 per 100,000 received a replacement.2 These numbers indicate that we do not fully use the arsenal of advanced therapies at our disposal, while too many annually performed joint replacements indicate that we might need more efficient tissue engineering therapies.

Alternatively, there might be another problem which leads me to my second thought. A recent study reported a significant patient selection bias in clinical trials.3 Trials appear to focus on a specific and promising patient subset without significant co-morbidities and with simple cartilage lesions where conditions are most conducive to a successful therapy – in short, trials study the ‘ideal patient’. This is relevant not only for product approval but also for identifying relevant future directions for orthopaedic tissue engineering. If we exclude co-morbidities and, more generally, if we exclude patient data from the molecular to the clinical level in our clinical trials, we miss out on important information that would be usable for guided tissue engineering efforts that are tailored to the specific environment that a product will encounter. How can we tissue engineer something without ‘seeing’ and understanding the environment it is engineered for?

How would you personally tackle these challenges?

I think we need two approaches. First, studies that specifically investigate a given environment on multiple scales (such as from the patient level to the molecular level), would be very helpful in order to understand the demands for more complex tissue engineering approaches. In orthopaedics, a wealth of knowledge has been accumulated but many basic science in vitro studies are disconnected from clinical data and are not specific to a given patient, organ, or joint. Secondly, going back to cartilage clinical trials, we study specific lesion sizes, but we cannot treat or study the very early stages of OA because we cannot ‘see’ these stages clinically in the operating room. With this in mind, there are currently 3535 trials related to ‘osteoarthritis’ registered on ClinicalTrials.gov but, almost disillusioning, only three active trials (0.113%) focus on diagnosis. This illustrates that future tissue engineering approaches would greatly benefit from two points: a better understanding of the specific environment of the early disease usable as an engineering feedback, and the ability to visualise early disease states clinically because we cannot treat what we cannot see.

What would we gain by ‘seeing’ earlier disease states and by custom-tailored tissue engineering towards such states?

Currently, we cannot identify patients with the earliest stages of the disease. This implies that we cannot test promising drug candidates that are intended to intervene early in the disease when disease modification might be feasible. In my opinion this is one of the major reasons why clinical OA trials fail. Theoretically, we could re-run every promising clinical trial, just earlier in the disease. Additionally, if we were able to ‘see’ and localise such states, we could investigate the specific environment on multiple scales as discussed above and also the associated clinical outcome. Such knowledge is currently unavailable but once generated, one could use this knowledge for tissue engineering efforts that are custom-tailored to e. g. prevent progression to full OA.

Detecting early degenerative states that will lead over time to full OA is extremely difficult and clinically not yet possible. Experimentally, many in vitro approaches are capable of detecting early OA states on molecular, cellular, and tissue levels but these approaches use either clinically unavailable technology or are commonly destructive (for example, histology needs to cut tissue samples to detect abnormal, diseased tissue architectures). Biopsies that could theoretically be used for detecting early degenerative changes are unethical, as biopsies of the weight-bearing, OA-susceptible areas would create additional cartilage lesions, which would likely accelerate OA progression. Biopsies represent also localised information and would not necessarily give generalisable information on the health of the entire joint. No molecular biomarkers are yet available that can discriminate between healthy joints and those with early degenerative changes. MRI can detect morphological and biochemical changes but has not yet been demonstrated to statistically differentiate between heathy and early OA, as measured by a specific scoring system, e.g. from the OARSI histopathology initiative.

Therefore, we need a novel, out-of-the-box approach that generates in experimental usage enough quantitative information to enable correlation analyses with other molecular, cellular and clinical data in order to understand the specific environment, and an approach that can be performed intra-operatively to generate localised information for the surgeon, to help decide whether a given tissue area is still healthy, at risk, or early degenerated. Thus, I would envision a method in the hands of the surgeon, as he or she would be the one to implant any future custom-tailored tissue engineering constructs to address localised tissue problems.

What exactly is your out-of-the-box approach for early disease diagnosis?

The key to understanding this approach is to know that the SCSO is neither inborn, nor stable, and instead dynamically changes throughout the life of an individual. The SCSO displays a high level of complexity, is species-, joint type-, and surface-specific and, thus, can be taken as a biological fingerprint of a specific joint. In a joint with early OA the SCSO changes even in the healthy, macroscopically intact looking cartilage from a healthy state into distinctly remodelled SCSO patterns. Thus, recognising these early OA-associated patterns allows diagnosing the presence of early OA. This is an important step towards diagnosing early disease states, but we need also to better understand how the SCSO compares to other disease markers and pathology. A really modern and future-oriented aspect of this approach is that we use the cell coordinates to create in silico spatial point patterns. This allows us to calculate highly specific quantitative parameters used for subsequent statistical analyses and, in our newer not yet published work, for a machine learning-supported diagnosis.

How would that work, what is your road map, and when can we expect a test drive?

My goal is a non-destructive, quantitative, machine learning-supported model-based optical biopsy of the SCSO of the tissue surface. There are candidate technologies out there that look promising for visualising the SCSO and a test drive is not too far away. As a road map, I would like to embed this technology into studies that include many different levels of information, e.g. studies that investigate inflammation, degradation etc. on the molecular level, mechanics on the cell and tissue level, and systemic information as well as outcome on the clinical level. This would also help establish the optical SCSO biopsy as a tool for guided tissue engineering, by ‘seeing’ and subsequently analysing and better understanding the early disease environments that need custom-tailored tissue engineering solutions. In this view I am confident that the here envisioned quantitative optical biopsy of the SCSO will become highly relevant for early disease diagnosis and guided, environment-specific tissue engineering.