How can Europe deal with an irregular migration crisis? 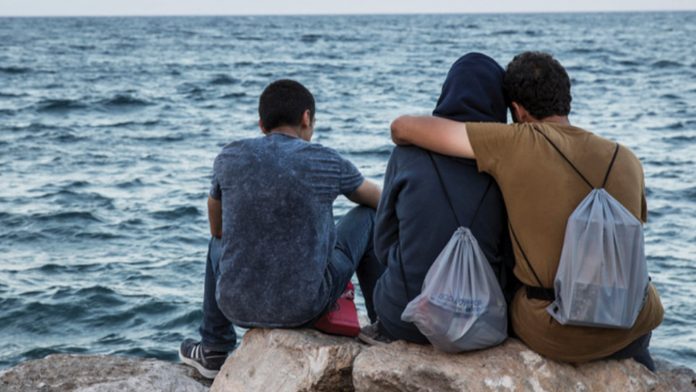 Innovation News Network speaks to Eugenio Ambrosi from the International Organization for Migration about potential solutions for managing the flows of irregular migration.

Since 2015, Europe has been challenged by the irregular arrival of migrants searching for support and the chance of a new life. The increasing pattern of irregular migration has been labelled a crisis, and the EU has struggled to find a solution to the large volume of people attempting to cross its external borders. The issues which Europe is currently faced with are more complex than simply monitoring migratory flows against their capacity to house and process migrants, extending to a responsibility to safely protect people who are crossing via the ocean, whether as refugees, asylum seekers or as irregular migrants.

Innovation News Network spoke to Eugenio Ambrosi, director of the International Organization for Migration’s (IOM) regional office for the EU, about the so-called migrant ‘crisis’ in Europe. He outlined the need for greater opportunities for migrants to attain legal documentation for entry in a bid to decrease the number of migrants who either die or go missing at sea.

What are the growing operational challenges of migration management in Europe?

There are various operational challenges right now. The first involves the complex situation with regard to search, rescue and disembarkation in the Mediterranean, where we have seen numerous boats having difficulties finding a safe harbour to disembark those who have been rescued. This generates a series of problems not just for the people attempting to find and rescue the migrants, but for the whole process in terms of when to go to their aid and where to disembark the ships. This issue has very specific challenges that have become ever more pressing in the last few weeks.

Another challenge is the lack of a common European asylum system, which covers every aspect of the recurring issues surrounding Europe. We are still awaiting approval of a regulation which will update the mandate of the European Asylum Support Office. We are also awaiting revision of the Dublin regulation which regulates asylum requests for migrants arriving in Europe. The legislative gap that has been created while the EU finalises a common European approach to handling asylum seekers poses many questions and a lot of the response is being overlooked.

The final challenge confronting us arises from the number of asylum and non-asylum seekers who are mixed together as they attempt to cross the borders. Amongst the category of non-asylum seekers, we see many refugees, irregular migrants and migrants whose asylum applications have been denied. This presents its own set of problems as we begin to see a gap open up in terms of mechanics, legislation and the options which are available, especially when we are faced with migrants accompanied with children. There has been a greater proportion of people arriving with children in the last two and a half years and that requires a very specific and special type of approach or assistance; I believe we are still slightly behind putting a satisfactory mechanism in place.

Is enough being done at an EU level to protect and aid migrants, whilst keeping a tight focus on addressing the crisis?

I think a lot has already been done, but I do believe that there are still a significant number of things than can be improved. This links to the difficulties that the EU has faced in finding a common response. Some EU Member States are against certain measures which have been proposed or put in place; this is a big complication when writing unified legislation. This is an issue that needs to be resolved and when you have a union of 28 countries, I believe it is reasonable to expect that all of them can follow the same approach. However, European countries have too many diversified responses, which means that occasionally they have opposing views on the same phenomenon.

Many things are going in the right direction, but there is still a long way to go towards better management of net flows. I do think it is important to remember that we are not dealing with an unmanageable amount of arrivals – it is a relatively low number for a union of 28 countries, which includes all of the most developed and four of the most industrialised countries in the world. We need to try and get out of this emergency crisis mode and begin to take a more structural, sustainable long-term policy approach in order to better manage migratory issues in Europe.

Irregular migration refers to the people entering or attempting to enter EU territory without having the correct legal documentation. However, this type of migration does not include asylum seekers or people in need of international protection. For the latter, despite the fact that they are crossing the borders without legal documentation, it does not necessarily mean that they can be branded as an irregular migrant due to the nature of their movement. Many are escaping persecution and need aid, making it acceptable for them to pass irregularly. I think the issue of incentives is complex as there are a variety of reasons why somebody would be attempting to gain entry via an irregular route.

The vast majority of irregular migrants are moving away from extreme vulnerability and problematic situations, including an absence of basic services such as healthcare. One of the main reasons behind irregular migration is the basic fact that people are searching for alternatives to life in their native countries; when they have no legal way of entering the territory, the only other way is to resort to movement via illegal channels. In our view, better conditions are needed to further allow people to migrate legally.

There are several reasons for the lower numbers of arrivals in 2017 compared to 2016. Some of the reasons are related to more robust naval and coast guard operations. More boats are being intercepted by the Libyan coastguard and we would be safe in saying that this has definitely affected the number of migrants touching down on European soil. There is also a decrease in the amount of sub-Saharan African migrants entering Libya, meaning that, generally, less people are trying to cross the Mediterranean. This decrease is down to a variety of factors, some of which include the recent push by the United Nations and other agencies to mobilise resources to stabilise the situation in some of the countries. This funding, which comes from the EU and some Member States, has been used to offer alternatives to irregular migration and to try and stop migrants from falling into the hands of traffickers and smugglers.

What can Europe expect the future immigration landscape to look like?

Elections have, and may continue to alter, how EU Member States handle the migration situation in the future. In terms of migrant flows, we will continue to see a large number of arrivals and there will be fluctuations, but generally a significant number of people will continue to arrive through the various Mediterranean routes.

The objective to stop flows completely is not feasible and, therefore, I hope we can begin to see a move from a continuous emergency response to a more structural approach in governing these flows in a rights-respecting manner. This should include opening up additional legal channels for economic migration. The movement we are seeing through the Mediterranean is likely to be influenced by the development of the situation in Libya and how much stability the country will gain. However, these are variables which we cannot predict at this moment in time.