Exploring the advantages and challenges of nuclear power 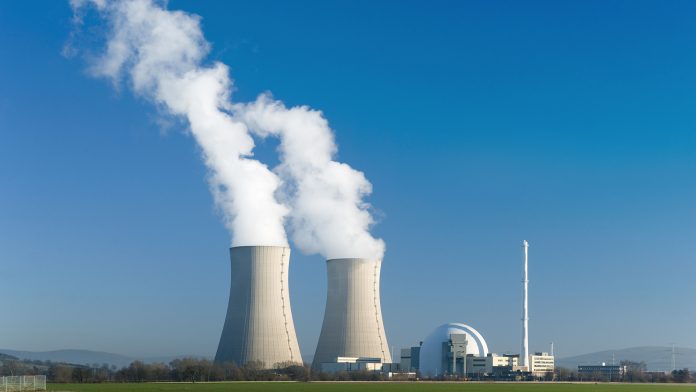 Elliot Austin discusses the impact of nuclear power, evaluating its advantages and challenges as a fuel source compared to renewable plants.

How does nuclear power work?

235U is made to experience fission by projecting a singular neutron at it, which will collide with one of its atoms, splitting the uranium in two (usually forming krypton and barium) and releasing vast amounts of energy in the form of heat and radiation. When this atom is split, it releases two to three neutrons, colliding with more uranium atoms. This process repeats itself, creating a chain reaction. The power plant harnesses this heat energy to boil water into steam, which is then used to turn a turbine, generating electricity.

How reliable is nuclear power?

Nuclear power has many different advantages and challenges. For instance, Nuclear power plants are regarded as far more dependable than any other energy source. They operate at maximum capacity for roughly 90% of the time during a given year. This is around two times that of coal or natural gas and almost three times as much as wind and solar. It is capable of this as it requires little maintenance and is designed to operate for several years before refuelling. Natural gas and coal facilities enable a lower capacity due to routine maintenance and refuelling.

Renewable plants are considered intermittent or variable sources and are limited by a lack of fuel (i.e., wind, sun, or water). As a result, these plants need a backup power source such as large-scale storage with a reliable baseload power like nuclear energy. A typical nuclear reactor produces one gigawatt of energy annually. This does not mean you can replace it with singular coal, natural gas, or renewable reactor. You would need almost two coal plants or three to four renewable plants (all of 1 GW in size) to produce the same amount of energy per year.

Nuclear power and its impact on the environment

Unlike fossil fuel reactors, nuclear reactors do not produce any CO2 or harmful gases into the atmosphere. However, the processes involved in mining or refining uranium use lots of energy and therefore create air pollution. The same can be said about the construction of the power plant, which employs copious quantities of metal and concrete, which also require substantial amounts of energy to make, producing more air pollution.

If fossil fuels are used for mining and refining uranium ore, or if fossil fuels are used when constructing the nuclear power plant, the emissions from burning those fuels could be associated with the electricity that nuclear power plants generate. Another primary concern is the radioactive waste that is left after atomic energy is spent. This waste can be dangerous to living organisms for hundreds, if not thousands of years, as it takes a long time for its radioactivity to decrease in a process called radioactive decay. The time it takes for a radioactive material to fall to half of its original level is called the radioactive half-life. Radioactive waste with a short half-life is often stored temporarily before disposal to reduce potential radiation doses to workers who manage and transport the waste. This storage system also reduces the radiation levels at disposal sites.

Nuclear power has many benefits that make it a suitable and preferred energy source for supplying the globe’s ever-increasing energy demands. One of the main advantages is that it is a clean fuel; it does not release any harmful emissions to the surrounding environment (such as CO2) and therefore has no impact on climate change. This means that if we were to switch to being near 100% reliant on nuclear power, we would be able to stop global warming as the lack of greenhouse gas emissions would give the planet a chance to reverse the damage we have already caused.

Nuclear power stations are heavily reliable as they do not depend on weather conditions as other clean energy sources do, such as solar (which relies on the intensity of the sun and the amount of cloud cover) and wind (which cannot operate if the wind is too weak or too strong).

The costs for nuclear fuel are meagre, making a nuclear power plant easier to run than most other types of energy production currently available. A lower fuel quantity reduces the amount of mining required, which means less environmental impact as a reduced amount of transportation is required. Habitats do not need to be removed to access the uranium. Power stations can operate safely for around 40 years before they need to be decommissioned, meaning they can continue to work and supply a population with energy for around the same time that any other power station can, with the added benefit of being a clean source of energy.

Even though nuclear power is a reliable green energy source, as with all things, it still has its downsides. Its waste may be small, but it has a significant negative impact on the environment as it can make areas uninhabitable for local wildlife for hundreds of years. The local thermal pollution from wastewater can decrease the pH of the water, harming marine ecosystems in the process.

Large-scale accidents can be catastrophic – reactor meltdowns, however scarce, can cause large areas to become radioactive and highly unsafe for any living organism to access these zones as the radiation can cause severe illnesses due to ARS (Acute Radiation Syndrome) and may be fatal. For this reason, the public perception of nuclear power is very harmful. Therefore, governments will not be too eager to begin construction of new nuclear plants as local communities will not favour this. The costs of building a nuclear plant and then safely decommissioning it are remarkably high, as reactors must be decommissioned properly, meaning the fuel rods must be safely removed from the reactor core and disposed of in a safe location not to harm the environment.