An insight into the future of blockchain data technology 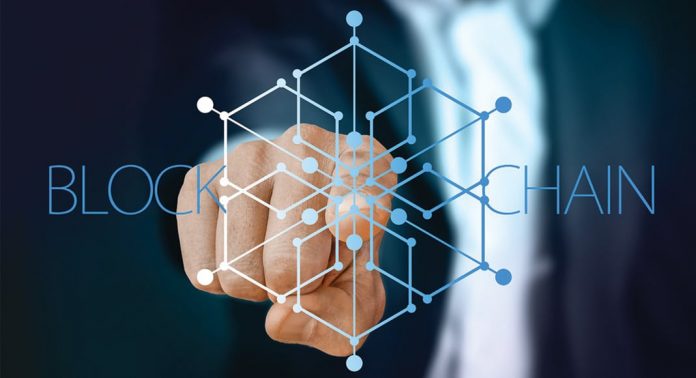 Blockchain has been described as one of the most significant developments in Information Technology (IT) over the past few years by many technology experts. It is a technology system which can increase data security on a large scale and it is so versatile that it can handle any data, as long as it can be digitised. The rise of blockchain data opens up new opportunities in cybersecurity for Europe and Innovation News Network spoke to David Sikora, CEO of ALTR, about all things blockchain, including how General Data Protection Regulation (GDPR) in Europe could affect the blockchain technology.

David Sikora executed the first Internet Software IPO in the state of Texas in 1995. Subsequently, he founded a company which built the first mobile e-commerce storefronts for more than 50 world-recognised brands. David is now the CEO of ALTR, a company that recently emerged from nearly four years of stealth to introduce the first high-performance blockchain technology to secure critical enterprise information. The company owns 10 percent of the patents issued around blockchain in the United States alone.

What do we really mean by the term ‘blockchain data’?

Using blockchain for data security and of course data storage – because what we do is actually store data inside the various nodes of the blockchain – means that each node can provide a consensus on what was actually stored inside of that node. Therefore, blockchain at its core has the capacity to provide digital truth. You could have 1000 copies of something, yet if one differs from 999 then that one can either be discarded or it can be changed, and the 999 can vote and say yes this is true, this exists, this data or this file and it is exactly like the other 999.

So, as I said, blockchain in its essence provides digital truth, and that is how ALTR uses blockchain to store enterprise data. It takes advantage of the inviolability of blockchain architecture and the things that make that architecture work.

How can blockchain data technology be used by enterprises and businesses to improve their digital safety and security?

Blockchain data provides an opportunity to provide digital trust and it is a way to protect and ensure the integrity of enterprise data. The real source of power in the enterprise, more and more, is becoming the data held by these companies. Cybersecurity has been built around protecting end points, building moats around physical or digital assets and that process, and that generation of defence is not working. Therefore, by applying blockchain as a platform to store and protect enterprise data, we can bring the enterprise and other large organizations into the next phase of security and protect their most critical assets.

Can it be beneficial to the ordinary citizen or person or is blockchain data aimed mainly towards enterprises and businesses?

There are many potential ways in which this technology can be applied to consumers. For example, what ALTR can do is take a file – whether that be an image, important document, or other type of file – and break that file up into hundreds of pieces, allowing it to be stored on various blockchain nodes. This capability, which is at the core of our enterprise-focused blockchain data system, can be easily applied to consumers as well. For example, imagine that from your mobile phone you could use a cloud service that allows you to safely secure a photo.

Although not every photo needs to be protected in the same way, there are lots of consumer use cases similar to this where it would be advantageous to safely store a file that cannot be accessed or altered. From our standpoint, we are electing to bring our product initially into the enterprise market, but it is not hard to image future applications in which one of our enterprise partners, especially technology companies, could build a consumer service using ALTR’s technology.

Why do we need to be considering using blockchain data systems now?

Blockchain can provide new capabilities around governance and consensus that up until now have not existed. It is a new generation of capabilities that even five years ago was not possible. There are several pre-conditions which are required in blockchain systems in order for them to operate effectively and at scale. Fast processing, large data pipes, for instance, are crucial. The other thing which is required is inexpensive storage, because blockchain involves a lot of replication in order to establish consensus with speed.

Five years ago, you could not do things which can be done today. Five years from now, you will be able to do a lot more. We will start to see a lot of interesting use cases for blockchain as these preconditions begin to accelerate. Currently, using blockchain to protect data is a new opportunity and it is necessary because the current systems are not working properly–if they were you wouldn’t be hearing about so many breaches.

What are you particularly looking forward to seeing in the development of blockchain data in the next five years?

From our perspective, we are at the very early stages of deployment in this kind of technology, and the market is really just beginning to embrace them. It is like the internet in 1995, when everyone thought that the web was the internet, but, the web was just one application of the underlying internet. Now, it goes without saying that there are many applications built on the internet and its underlying architecture. I think we are going to see the same thing with blockchain. It has that kind of horizontal, broad-based capabilities. There are use cases that we simply cannot even imagine yet, but they are coming and that is what I am looking forward to seeing.

GDPR was developed because data was being misused and was being accessed without permission. This created a compelling need to bring privacy strongly back into the equation. From a blockchain perspective, there are technically many ways that you can forget data.

In our model, data is stored in the blockchain in pieces, therefore, in order to adhere to certain privacy requirements, it is relatively straight forward to have a GDPR-compliant capability. For example, with ALTR’s technology, it is not possible to reassemble data that has been disassembled simply by accessing the fragments stored in the blockchain. Each of the fragments is meaningless without a reference to the first fragment that then tells you where the next fragment is found, and so on. The data is self-describing, so no map or key exists that can be stolen to access data.

Initially, when an organisation uses the blockchain they have significantly decreased their risk of data breach and already have a much more privacy-sensitive environment. If blockchain data was available ten years ago, we might not have even had the compelling need to implement GDPR in the first place.