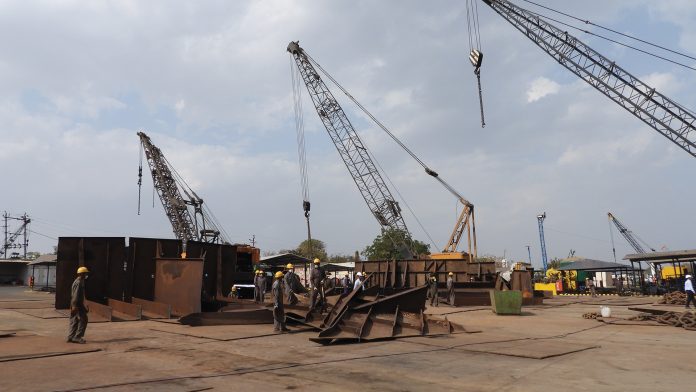 The drive for greener ship recycling across Europe, as well as the drive to cultivate safer working conditions for labourers at these yards, has led to the HKIC and the new EU regulation.

The EU is striving for global ship recycling to become a greener and safer process following the entry into force of the EU Ship Recycling Regulation List on 1 January this year. Since the entry into force of the list, all large seagoing vessels sailing under an EU flag can only be recycled in ship recycling yards which are included on the European list of ship recycling facilities. A total of 27 yards are currently included and so far, most of the yards on the list are located within the EU, two in Turkey and one in the USA.

European ship owners manage 40 per cent of the world’s fleet, with half of that fleet sailing under an EU flag. A large percentage of these ships are dismantled in South Asia, under conditions often harmful both to workers’ health and the environment. With the full entry into force of the EU Regulation on greener ship recycling, this will no longer be possible for EU-flagged vessels, which will have to get dismantled in EU-listed yards. Through this initiative, the EU is leading the way to improve social and environmental conditions under which ships are recycled.

The European Community Shipowners’ Associations (ECSA) are closely involved in this topic and Innovation News Network spoke to Martin Dorsman, Secretary General of the ECSA, about the push for safer and greener ship recycling worldwide following the ECSA’s trip to Indian ship recycling yards in Alang.

What is the state of ship recycling in Europe; and how will it grow over the next few years?

At the international level, the Hong Kong International Convention (HKIC) for the Safe and Environmentally Sound Recycling of Ships was adopted in 2009 by the International Maritime Organisation IMO, a UN body; but has not entered into force as it has been ratified by an insufficient number of parties. In the absence of global specific rules on greener ship recycling, the EU Regulation is the only dedicated legally binding framework regulating these activities. The EU Regulation is to a very large extent similar to the HKIC.

Around 95 per cent of the ships recycled word wide are concentrated within three countries – Bangladesh, Pakistan and India. This is for a couple of reasons – first, there is a demand for steel in these countries and in South East Asia. For example, Europe is a big exporter of steel to these countries. Second, the shipping sector includes a big recycling industry: everything in the vessel is recycled. Along the roads close to the recycling yards there are numerous shops with all kinds of materials that have come out of the ship such as cupboards, chairs, desks, beds – everything is recycled. There is a second-hand market for such material in these countries; so it is not only the steel but everything that is being re-used, including the smaller equipment and machinery.

Yes, there are yards in Europe which do recycle vessels but there is a small quantity and they recycle smaller vessels such as tugboats and navy vessels. The big vessels are recycled in these three countries.

I think the Hong Kong Convention is key for the future of ship recycling – there needs to be a ship recycling industry that reaches the criteria of that convention. What is happening in Bangladesh and Pakistan right now is substandard and we need the standards of the HKIC to be applied globally as soon as possible. The key for the shipping industry is that we need a level playing field. If there is competition on standards and responsible ship owners go for the better yards and the competitors go for the yards where they will make the most money on their ships, then it is a distortion of competition. The HKIC was adopted in 2009; ten years down the road it has not entered into force yet because not enough countries have ratified it. So that is why we as an industry – not only the European shipping industry, but also the global shipping industry – we urge governments to ratify the HKIC so that we can enforce it and so that there is a level playing field globally. In India we see already quite a number of yards voluntarily applying the standards of the HKIC, with certification done by independent surveyors. This is a very positive development and this momentum should be supported by Europe.

How has the ECSA’s trip to the Indian ship recycling yard informed their future plans?

I think in Europe there is an issue of labour costs as it is more expensive here in Europe, but the biggest issue is of raising quality standards. The point is that people in India, Pakistan and Bangladesh currently have jobs at the ship recycling yards – if we made them unemployed what would their job be? They would be in a worse situation than perhaps they are in right now – but they do have a job, so it is our duty to increase the standards of labour conditions and protection of the environment.

There is a positive development in India, in Alang. Due to the geographical area, such as the beach itself and the tide, there are specific conditions that make it very attractive to recycle ships there. One of the goals of the visit was to take stock of the developments, to see with our own eyes what the improvements are, and to discuss the way forward – what can Europe do to support the positive developments in India and how we can get yards in South East Asia on the EU list. We need to see yards approved by the EU to make sure that they are adhering to the standards. The big question is how to support the development of these yards and make sure that owners of those yards are rewarded and stimulated to continue and are not outcompeted by their neighbours that do not invest in high quality. That is why we need to have the HKIC as soon as possible ratified by enough countries.

The drive for greener ship recycling across Europe, as well as the drive to cultivate safer working conditions for labourers at these yards, has led to the HKIC and the new EU regulation. Both regulations include instructions around how hazardous materials are taken from the ship, stored and disposed of in a safe way to ensure protection of the environment and workers on the sites.

The Hong Kong Convention and the EU regulation have conditions that will improve the protection of the environment. For example, it is now required that ships have a list with all the hazardous materials on board, the Inventory of Hazardous Materials (IHM) list, so the yard knows what kind of materials are on the vessel. The second step is the way the recycling works – how is it being dismantled, for example – where the cutting is done. Big blocks taken out of the vessel are lifted to the beach where there is a concrete floor, so, if there is a spill, it will not go down into the ground. One requirement is that if it rains the rainwater must be collected. There are all kinds of requirements to ensure the environment is protected so that is really being taken care of. Also, downstream waste management is being examined. Therefore, we need the HKC to enter into force to ensure protection of both the environment and ship yard workers worldwide.

What strategic role can the EU play in motivating ship recycling yards to adhere to the requirements of the Hong Kong International Convention?

As the EU caters mostly for smaller ships when it comes to recycling and as a majority of the larger recycling yards are based in South East Asia – it is vital that these larger yards are brought up to the standards of the HKIC and EU regulation in order to allow for larger European ships to be recycled. What we see happening is that there is interest from India to apply for the EU list because there is a commercial advantage. A total of 12 Indian yards have now applied to be included on the list.

What we ask for is transparency from the European Commission so that other yards can see what is happening. Yards need to see whether greener ship recycling will be a success, what can they learn from it, how do others improve so they can also get on the list – we ask the Commission to work as fast as possible so knowledge can be shared, and yards can learn from each other. These ship recycling yards need to know how to deal with the environmental problems, how to protect workers, what equipment is used, how to procure emergency care such as ambulances.

Consultants are hired by the Commission to do a first round of judgement after a yard applied for inclusion on the list – if that is successful then a delegation of the Commission visits the yard in India to have a look themselves in order to make sure the paperwork reflects the practise. The Commission has visited two yards now in Alang and returned with a result that shows they are not yet sufficiently equipped to be on the EU list. That was a disappointment, but we trust that progress will be made to have as soon as possible the first Indian yards on the EU list.

The EU can play an important role by stimulating the progress made in India and to support the momentum to increase the standards of greener ship recycling globally – this is very important.