Poweralliance: doubling of grid capacity on the medium voltage level

Sector coupling promotes the penetration of technologies with a price-driven mode of operation allowing for better exploitation of grid capacity.

In order to mitigate the risks of climate change, an extensive energy system decarbonisation has to be made a reality by the middle of this century. With high renewable generation installation rates, this system will increasingly experience excess power production as long as competitive storage systems are lacking. As a consequence, renewable generation needs to be switched off more often. The reason for this is not only the temporarily insufficient electricity demand but also grid congestion on all voltage levels.

Flexible electricity demand is needed, but demand shifts towards times of abundant wind and solar generation is practically not happening today. Power demand is inelastic due to technical, regulatory, and economical hurdles. With the progression of sector coupling, e.g. the electrification of transport and heating, this situation will change fundamentally. But increasing electrification will also see increased grid congestion as well, which in turn calls for costly grid upgrades.

It is of the utmost importance that electrical energy supply in comparison with fossil energy carriers are not burdened with associated costs as much as they are today. Grid costs, taxes, and levies need to be lowered in order to make electrification economically attractive.

Poweralliance creates additional distribution capacity in the existing physical grid while applying dynamic grid tariffication and price optimisation of flexible demand. The additional distribution capacity is made available by using the existing redundant grid capacity in the mid and high voltage grid which provides today’s high level of security of supply (so-called ‘n-1 security’). Poweralliance guarantees that the security of supply for crucial consumers or processes (so-called ‘unconditional loads’) in the grid is never compromised.

In addition to the standard tariff for unconditional loads, which follows a ‘business-as-usual’ logic, a new tariff, the significantly lower ‘Poweralliance tariff’, is introduced for flexible demand (so-called ‘conditional loads’). It is intended to be applied for new grid loads within the scope of sector coupling and storage as well as for renewable power generation. In most cases, these capacities do not require the n-1 security of supply, but can economically and technically better cope with grid outages.

Figure 1 shows that the 100% physical grid capacity at a given bottleneck in the mid voltage grid can be split into a capacity band reserved for unconditional loads (a production line in the auto industry and a residual physical band, for instance) which can be used for conditional loads (such as price-driven power-to-heat and power-to-gas application, and batteries etc. for industrial use). 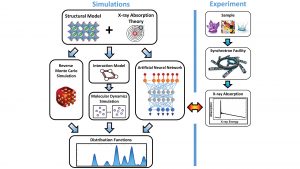 In order to demonstrate the feasibility and the practical use of the Poweralliance principle, a 15 minute simulation for daily schedules was executed over a one year period in 2035.
Figure 2 shows two resulting schedules which the grid customer sends to the DSO operator on a daily basis in order to have them approved or, eventually, declined (only in case of conditional loads). The schedules are a result of the following operation by the customer:
n Schedule of conditional load based on day ahead spot price signal (upper band)
n Schedule of unconditional load based on e.g. planned production schedule (lower band)
The negative schedule in Figure 2 signifies power being fed back to the grid by the customer.

Figure 3 displays the respective source of power to satisfy the demand in Figure 2 for the individual customer (autoproduction, battery discharge and grid offtake).

Ultimately, the DSO is collecting all the power flows from its customers at the location of the potential DSO bottleneck and checks whether the capacity limit is reached (the traffic light mechanism).

In Figure 4, the DSO summarised the total load at the potential bottleneck supplying three customers. In the example below, the DSO recognises that a bottleneck appears in hours 13-17 in the conditional load band due to the fact that all available capacity is simultaneously using the low energy price window by the three supplied customers simulated. The traffic light is thus switched to orange.

In case the capacity limit is breached, the DSO automatically sends a notification to its locally-affected customers with the request to reduce the demand in the specified period by a certain percentage. The customer will then recalculate its demand and send new schedules (see Figure 5) which accommodates the individual limits given by DSO (and so the traffic light switches to green).

The individual reduction factor is determined by the grid operator by applying the willingness to pay principle. This is fixed during a monthly process when the customer is booking and paying for the desired capacity he requires for conditional and unconditional loads.

Besides the ordinary planning procedures, there is also the case of an unexpected grid outage. When this occurs, the DSO automatically notifies its customers to reduce their conditional consumption to zero within a 15 minute period (at which point, the traffic light is red) to make way for the supply of all unconditional loads. When the emergency supply comes back to the black, the conditional load will not be supplied until the disturbance is completely fixed.

The proposed Poweralliance tariff is an efficient tool to accommodate new and flexible spot price-driven power consumers and generators into the existing power grid. Poweralliance assures that a macro economical balance can be achieved between, on the one hand, the high simultaneity of production and consumption, and on the other load shifting in times of grid congestion. This is in order to avoid unnecessarily costly grid upgrades, prolonged negative power prices, and the shut-down of excess generation.