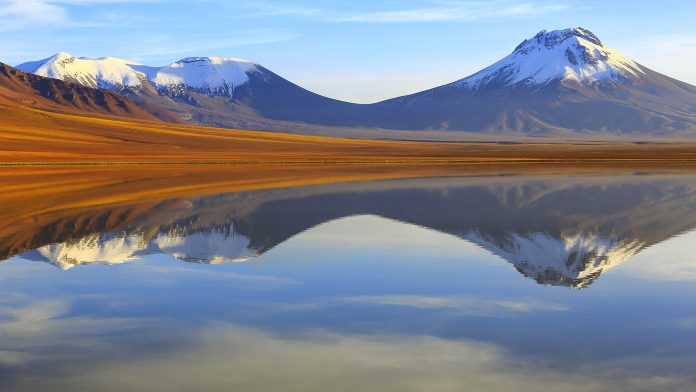 Researchers discover that a few specialist microbes found in a volcanic lake can survive conditions similar to those of Mars’ early history.

The hydrothermal crater lake of the Poás volcano in Costa Rica is one of the most hostile habitats on the planet. The water in this volcanic lake is ultra-acidic and filled with toxic metals, with temperatures ranging from comfortable to boiling. In addition, recurrent ‘phreatic eruptions’ produce sudden explosions of steam, ash and rock. Despite such deadly eruptions, hydrothermal environments could possibly be where the earliest forms of life began on Earth—and potentially also on Mars.

Beyond discovering how life can survive these harsh conditions, studying these microbes provides indications about if and how life might have existed on Mars.

“One of our key findings is that, within this extreme volcanic lake, we detected only a few types of microorganisms, yet a potential multitude of ways for them to survive,” explained first author, Justin Wang, a graduate student at the University of Colorado Boulder. “We believe they do this by surviving on the fringes of the lake when eruptions are occurring. This is when having a relatively wide array of genes would be useful.”

This current interdisciplinary collaboration follows up on prior work from 2013. At that time, the researchers found that there was only one microbial species coming from the Acidiphilium genus in the Poás volcanic lake. Unsurprisingly, this type of bacteria is commonly found in acid mine drainages and hydrothermal systems, and they are known to have multiple genes adapted to diverse surroundings.

In the following years, there was a series of eruptions. The team returned in 2017 to discover whether there had been changes in the microbial diversity, as well as to study the organisms’ biochemical processes more comprehensively. This latest analysis indicates that there was formally a higher biodiversity, but that a dominance of the Acidiphilium bacteria remained.

Through DNA sequencing of the organisms in the lake samples, the team confirmed that the bacteria had a wide variety of biochemical capabilities to potentially help them to tolerate extreme and dynamic conditions. These included: pathways to create energy using sulfur, iron, arsenic, carbon fixation, and both simple and complex sugars and bioplastic granules (which microorganisms can create and use as energy and carbon reserves during stress or starvation).

“We expected a lot of the genes that we found, but we did not expect this many given the lake’s low biodiversity,” commented Wang. “This was quite a surprise, but it is absolutely elegant. It makes sense that this is how life would adapt to living in an active volcanic crater lake.”

Key ingredients for the evolution of life

Despite the frequently lethal surroundings found at volcanic lakes, hydrothermal systems provide most of the key ingredients for the evolution of life, including heat, water and energy. This is why leading theories for both Earth and Mars focus on these locations. So far, attempts in the search of life on Mars have focused on streambeds or river deltas. However, the authors suggest that more attention should be given to the sites of past hot springs (which were present on Mars for billions of years).

“Our research provides a framework for how ‘Earth life’ could have existed in hydrothermal environments on Mars,” concluded Wang. “But whether life ever existed on Mars and whether or not it resembles the microorganisms we have here is still a big question. We hope that our research steers the conversation to prioritise searching for signs of life in these environments, for example there are some good targets on the crater rim of Jezero Crater, which is where the Perseverance rover is right now.”