How nanomagnets self-align in specific layouts due to temperature change 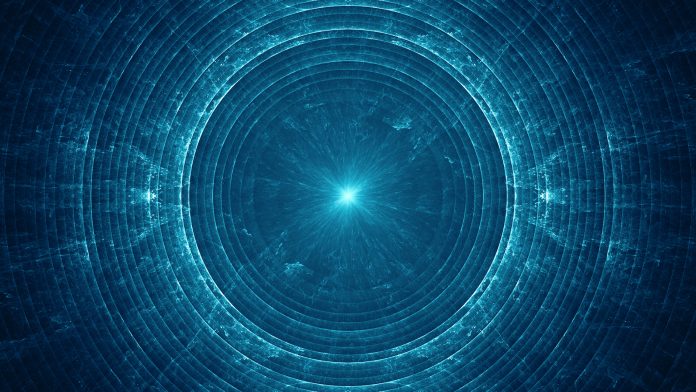 Researchers at PSI have utilised nanomagnets to analyse their behaviour under certain temperature changes, to allow a better understanding of processes that take place within artificial spin ice.

When water freezes to form ice, the water molecules, alongside their hydrogen and oxygen atoms, arrange themselves in a complex structure. Water and ice are different states, and the transformation from water to ice is called a phase transition. In the laboratory, crystals can be produced in which the elementary magnetic moments, the so-called spins, form structures comparable to ice. That is why researchers also refer to these structures as spin ice.

“We have produced artificial spin ice, which essentially consists of nanomagnets that are so small that their orientation can only change as a result of temperature,” explained physicist Kevin Hofhuis, who has just completed his doctoral thesis at the Paul Scherrer Institute (PSI) and now works at Yale University in the USA.

The researchers at PSI have observed for the first time how nanomagnets – which are extremely tiny magnets – that are placed in a particular layout, can align themselves as a result of temperature changes.

This research allows a better analysis of processes that take place within artificial spin ice, which can result in the development of novel high-performance computers. The results were published in the journal Nature Physics.

In the material the researchers used, the nanomagnets are arranged in hexagonal structures – a pattern that is known from the Japanese art of basket weaving under the name kagome. “Magnetic phase transitions had been theoretically predicted for artificial kagome spin ice, but they have never been observed before,” explained Laura Heyderman, Head of the Laboratory for Multiscale Materials Experiments at PSI and a Professor at ETH Zurich. “The detection of phase transitions has only been made possible now thanks to the use of state-of-the-art lithography to produce the material in the PSI clean room as well as a special microscopy method at the Swiss Light Source SLS.”

To attain their samples, the researchers applied a nickel-iron compound called permalloy, which was coated as a thin film on a silicon substrate. They utilised a lithography process to repeatedly form a small, hexagonal pattern of nanomagnets, with each nanomagnet being approximately half a micrometre (millionths of a metre) long and one-sixth of a micrometre wide.

“The trick was that we connected the nanomagnets with tiny magnetic bridges,” explained Hofhuis. “This led to small changes in the system that made it possible for us to tune the phase transition in such a way that we could observe it. However, these bridges had to be really small, because we did not want to change the system too much.”

The physicist was amazed that this undertaking was successful. With the creation of the nanobridges, he was pushing up against the limits of the technically possible spatial resolution of today’s lithography methods. Some of the bridges are only 10 nanometres (billionths of a metre) across. The orders of magnitude in this experiment are indeed impressive, commented Hofhuis: “While the smallest structures on our sample are in the nanometre range, the instrument for imaging them – SLS – has a circumference of almost 300 metres. The structures that we examine are 30 billion times smaller than the instruments with which we examine them.”

Observing the magnetic state of each nanomagnet through microscopy

At the SIM beamline of SLS, the research team employed a special method called photoemission electron microscopy that made it possible to observe the magnetic state of each individual nanomagnet in the array. They were actively supported by Armin Kleibert, the scientist in charge of SIM.

“We were able to record a video that shows how the nanomagnets interact with each other as we change the temperature,” summarised Hofhuis. The original images simply contain black and white contrast that switched from time to time. From this, the researchers were able to deduce the configuration of the spins, that is, the alignment of the magnetic moments.

“If you watch a video like this, you do not know what phase you’re in,” added Hofhuis. This called for theoretical consideration, which was contributed by Peter Derlet, PSI physicist and Adjunct Professor at ETH Zurich. His simulations revealed what should theoretically happen at the phase transitions. Only the comparison of the recorded images with these simulations proved that the processes observed under the microscope actually are phase transitions.

The new study is another achievement in the investigation of artificial spin ice that Laura Heyderman’s group has been pursuing for more than a decade. “The great thing about these materials is that we can tailor them and see directly what is happening inside them,” Heyderman commented. “We can observe all sorts of fascinating behaviour, including the phase transitions and ordering that depend on the layout of the nanomagnets. This is not possible with spin systems in conventional crystals.”

Although these investigations currently remain within the initial fundamental research stage, the researchers are already thinking about possible applications in which to use their findings. “Now we know that we can see and manipulate different phases in these materials, new possibilities are opening up,” said Hofhuis.

Controlling different magnetic phases could be interesting for novel types of data processing. Researchers at PSI and elsewhere are investigating how the complexity of artificial spin ice could be used for novel high-speed computers with low power consumption. “The process is based on the information processing in the brain and takes advantage of how the artificial spin ice reacts to a stimulus such as a magnetic field or an electric current,” concluded Heyderman.