Imaging the electron dynamics in atoms made possible 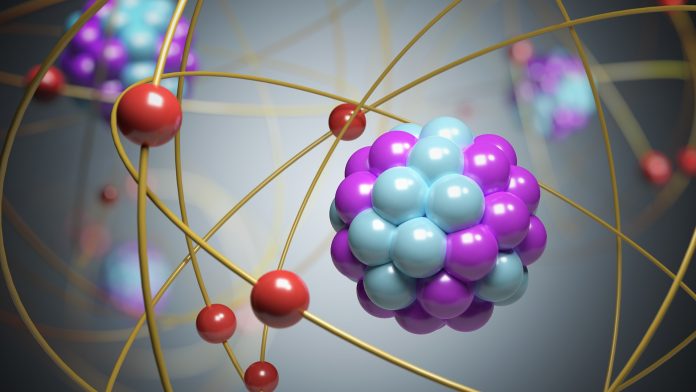 A University Hannover scientist has developed a new imaging method to measure the tiniest details of electron dynamics in atoms.

An international team led by researchers from the Cluster of Excellence PhoenixD at Leibniz University Hannover (LUH) has successfully imaged the fastest and smallest details of the electron dynamics in atoms utilising light with wavelengths, which were until now considered far too long for this task.

“The discovery will allow novel, much easier access to the smallest temporal and spatial scales in the atomic world,” explained Dr Ihar Babushkin, Theoretical Physicist and member of the Cluster of Excellence PhoenixD at LUH.

Measuring and imaging the details of the electron dynamics in atoms

The size of atoms is measured with the unit ‘Ångström.’ One Ångström corresponds to the ten-millionth part of a millimetre (10-10meters). If atoms are now measured with the aid of light, the wavelength of the light serves as the unit of measurement.

Consequently, wavelengths in the Ångström range should be the most suitable for this task. These would be X-rays, and an observer would not be expected to see much or anything at all when perceiving the atom in visible light with a wavelength 3,000 times longer.

These ratio rules apply not only to the observation of space, but also of time: For instance, in atomic physics, one of the fastest processes is the tunnelling of an electron away from an atom when the latter is placed in a very strong electric field. Ionisation takes place at attosecond time scales (10-18 second), whereas the period of a single oscillation of visible light is around one femtosecond (10-15 second).

“To study processes like this, researchers use much shorter light wavelengths or the electrons escaping the atoms. Both types of measurements have significant disadvantages – they are difficult to produce and handle. But we found a solution,” added Babushkin. His research was funded by the DFG (German Research Foundation) Priority Program 1840 (QUTIF), which was initiated and is coordinated by LUH.

A group of 21 scientists headed by members of the Cluster of Excellence PhoenixD has now discovered a new way to access the smallest atomic scales. With their research, they revealed that clear signatures of electron dynamics are preserved in visible light; both on the time and space scales. Moreover, much longer wavelengths – down to the millimetre (terahertz) range – can be utilised. This means that it is possible to scale up the dynamics at the atomic level to the size of the known macroscopic world.

Additionally, in the course of ionisation in strong fields, the electron leaves the atom and is accelerated, and just like any accelerated charged particle, the electron radiates light. Since the ionisation process is very short in time, the spectrum of this radiation is very broad and includes components in ultraviolet, visible, and terahertz ranges. The key is to look at the polarisation of this emitted light, aspolarisation is very sensitive to the smallest details of the electron dynamics.

This new type of imaging opens broad perspectives: It promises experimental setups that are tens or even hundreds of times less expensive than previous methods, and thus is affordable to many more researchers worldwide.

“Besides, this allows us to observe the electron dynamics in situations when neither light at short wavelengths nor electrons are available for detection, for instance, in the bulk of solids,” commented Ayhan Demircan, theoretical Physicist and member of the Cluster of Excellence PhoenixD.

Finally, optical polarisation measurements can be very precise, allowing scientists to measure the electron dynamics more accurately than ever before. “In the future, these findings will contribute to our understanding of the light-matter interaction at the edge of possible resolution both in time and space,” concluded Babushkin.