Brent Wilson, the CEO of Galvanic Energy, discusses the necessity of achieving energy independence and the future of lithium battery production in the US.

This year on American Independence Day, celebrations of millions of citizens took place. In the backdrop of these celebrations, there are growing fears that the nation’s energy independence may be slipping away, and that US national security may soon be at risk.

A new revolution is transforming the future of mobility around the world, and the US is finding itself dependent on others for the lithium batteries electric vehicles and electronic gadgets depend on for power. And now, a growing number of industry experts are sounding the alarm over China’s dominance of the lithium battery industry, comparing it to OPEC’s control of world oil markets.

“Our dependency on foreign countries for lithium-ion batteries has the potential of being actually worse than the semiconductor issue we’re seeing today,” said Aaron Bent, chief executive of 6K, a Massachusetts-based materials manufacturer.

Hundreds of thousands of electric vehicles on US roads depend on lithium batteries for their power, but China has a grip on the market, refining 60% of the world’s lithium, and controlling 77% of global battery cell capacity.

And consumers are already feeling the consequences. The price of lithium has jumped tremendously over the last year, and experts believe those costs could push battery prices even higher, according to a recent report from Reuters.

The world’s lithium battery supply chain follows a narrow path to the global market, starting with mining centers in Australia and South America, then moving across the Pacific for processing and battery manufacturing in China, South Korea and other Asian countries.

The US is at an economic disadvantage and must change the narrative by developing its own supply chain, said Bent.

“Batteries back up our critical infrastructure” and “there are literally zero battery materials produced on US soil today. And that’s a serious issue. We have less than a month of supply on US soil,” he said. “Very few policymakers realise how serious an issue lithium-ion batteries are and the supply chain infrastructure, the fragility of it.”

He said there is bipartisan support for change in Washington, but so far, the government has been slow to act.

Last February, President Biden proclaimed that the nation can’t build a future that’s made in America if it remains dependent on China, and he later invoked the War Powers Act to help boost EV battery production. But the president has done little to move domestic mining efforts forward. His administration remains stringent in its regulatory posture. Along with strong labor and environmental mandates, lithium mines must meet environmental justice, community engagement and Tribal consultation requirements.

In a recent white paper, California-based lithium battery supplier OneCharge said the nation must take bold steps now to ensure a robust domestic supply chain for US consumers and for national security.

The nation must streamline and simplify the regulatory structure, and it must provide incentives that encourage local communities to embrace mining and reduce the “Not in My Back Yard” syndrome, OneCharge said. There must be more gigafactories on US soil, a stronger battery recycling industry and continued focus on domestic research and development.

Nobody wants another OPEC, and with enormous lithium reserves, refining capacity and manufacturing strength within US borders, energy independence is possible. 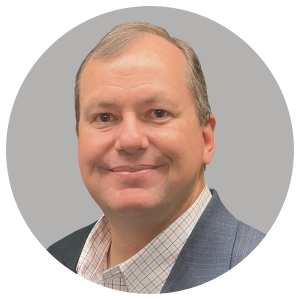 Queensland Pacific Metals Ltd has announced the result of its advanced feasibility study for Stage 1 of its TECH project.
Read more

Queensland Pacific Metals has received approval from the Government to develop the company’s TECH Project for critical metals.
Read more

Lithium Power International (LPI) has made significant progress on the planned consolidation of its Maricunga Lithium Brine project in Chile.
Read more