Cornell University’s Professor Anders Ryd discusses Cornell’s role in the CMS upgrades for the High-Luminosity LHC, with a particular focus on the forward pixel and track trigger upgrades.

The Brout-Englert-Higgs mechanism, proposed in the 1960s, provided a means of giving mass to particles that are fundamentally massless. The earlier development of gauge theory provided a powerful way to generate the form of interactions between the matter particles, quarks and leptons, and the force carriers, gauge bosons. It provided a common theoretical framework to explain the electromagnetic, weak, and strong forces. However, the gauge mechanism requires all particles, both the matter particles and the gauge bosons, to be massless. The Brout-Englert-Higgs mechanism was conceived to give mass to particles in gauge theories. The idea is that all particles are fundamentally massless, and that mass is acquired by having the particles interact with the Higgs field. Through spontaneous symmetry breaking, the Higgs field takes on a non-zero vacuum expectation value. Particles interact with the Higgs field and acquire mass. This theory also predicts that there should be a scalar particle, the Higgs boson, associated with the Higgs field. The coupling of the Higgs boson to other particles is proportional to the mass – the heavier a particle is, the stronger it couples to the Higgs.

Though a lot of progress has been made in the study of the Higgs boson since it was discovered in 2012, many of the measurements are not very precise. An important goal of particle physics research is to more carefully measure properties of the Higgs boson, such as couplings to different particles. This allows testing that the Higgs mechanism is in fact responsible for mass generation. Another important goal is to measure the Higgs ‘self-coupling’. This can be measured in final states with two Higgs bosons.

To carry out this programme of studies of the Higgs boson, we need a very large data sample. Upgrades to the LHC, and the experiments, are underway that will enable these more detailed studies.

The LHC will be upgraded to provide an integrated luminosity an order of magnitude larger than during the pre-High-Luminosity LHC (HL-LHC) operation ending in 2025. To deliver this much higher luminosity, the HL-LHC will use stronger focusing of the beams at the interaction points. Each bunch collision, every 25 nanoseconds (ns), will produce an average of up to 200 proton-proton interactions. These upgrades will be installed in 2026-2028.

The higher HL-LHC luminosity will require significant upgrades to the CMS detector. There are three primary challenges:

We need to continue to maintain trigger thresholds low enough to efficiently trigger on electroweak scale physics, W, Z, H, and top, while maintaining a sufficiently low data rate so that the data can be processed and recorded.

To meet these challenges, CMS has prepared a set of upgrades documented in the Technical Proposal.2

The CMS detector is shown in Fig. 2 with brief descriptions of the planned upgrades. The inner part of the detector near the beam pipe, consisting of the pixel detector and strip tracker, as well as the endcap calorimeter, will be completely replaced in this upgrade. The new pixel and strip detectors will be built to survive the very harsh radiation environment and provide higher granularity to allow separating close by particle trajectories and increase the readout band width. In addition, the pixel detector will be extended in the forward region.

The outer tracker, radially outward from the pixel detector, will add the capability of discriminating hits based on transverse momentum by correlating hits in sensors separated by a few millimetres. This provides sufficient reduction of the data rate that we will be able to read out the correlated hits for all bunch crossings at 40 MHz.

Radially outward from the charged particle tracker, CMS will install a precision charged particle timing detector. This detector will measure the timing of charged particles with precision of about 50 ps – this corresponds to a particle travelling about 1.5cm at the speed of light. The existing barrel calorimeter and muon detectors will be upgraded with new readout electronics to handle the higher data rates. The trigger system will be upgraded by more powerful processing boards to improve the event selection based on more detailed muon and calorimeter information, as well as the new track trigger.

Cornell University and CLASSE is the host institution for the US National Science Foundation (NSF) funded scope for the CMS HL-LHC upgrade. This scope includes upgrades to the barrel calorimeter and muon electronics, trigger upgrades, and forward pixels. Over 30 US institutions are involved with this upgrade project. At CLASSE, we provide oversight and management of the full project, and we are directly engaged in the construction of the pixel detector and the track trigger. We are building hardware for the track trigger and are responsible for the thermal and mechanical design of the forward pixel detector and the overall pixel detector integration.

Sensor and readout chips have been carefully designed and validated to ensure they will survive in the intense radiation environment at the HL-LHC. To ensure that the detectors remain operational in the radiation environment, the detectors need to be operated cold, at temperatures around -30°C. This is challenging as the electronics in the pixel detector will generate about 40 kW of heat and we need to keep the mass to a minimum. The design uses a two-phase CO2 cooling system and mechanical structures made from carbon fibre and carbon foam. The detector modules will be mounted on Dee structures and assembled into cartridges which are independent detector units that can be installed and removed from the detector (see Fig. 3). For the TFPX system, assembled in the US, there are 32 cartridges.

We are now building prototypes of all different components, detector modules, mechanical structures, and electronics. These will be used in system tests before the full production starts later in 2023.

The novel track trigger CMS will install as part of the HL-LHC upgrades will provide a completely new tool for the CMS trigger – we will have access to charged particle trajectories within about 5 µs after the bunch collisions. This will allow the use of these particle trajectories in the first level trigger.3 This is something that has not been possible before – currently the CMS first level trigger decides based only on the calorimeter and muon detector information.

This new trigger requires a completely new design of the outer tracker. In order to perform tracking for each proton-proton bunch collision, we need to read out the hit data for every bunch crossing. However, the data rate from the HL-LHC is too large to make it possible to read out the hits with the 10 Gbit/s optical links used for readout. In order to reduce the data needed by the track trigger, the tracker is built with a new type of detector modules consisting of two sensor layers separated by a few millimetres. These modules make use of the large magnetic field of 3.8 T in the CMS detector. Charged particles are bent by the magnetic field, and, by correlating hits in the two sensor layers, we can discriminate hits based on the transverse momentum. In the proton-proton collisions, most particles are produced with a low transverse momentum and the hits from these can be rejected, as illustrated in Fig. 4.

The upgraded tracker will be built from two different types of modules. At radii from about 0.6m to 1.2m, we use strip-strip (or 2S) modules. These modules consist of sensors that have 5cm long strips. At smaller radii, from 0.2m to 0.6m, where the hit occupancy is higher, a different type of module is used. Here, one of the strip sensors is replaced with a macro-pixel sensor which has 1.5mm-long pixels (see Fig. 4). The other sensor has a 2.5cm-long strip sensor. These modules are referred to as pixel-strip (or PS) modules. Each of these modules have a dedicated 10 Gbit/s optical link for data readout.

The layout of the tracker consists of a total of 13,200 modules organised in six barrel layers and with five disks on each side of the interaction point. The data from these modules (about 40 Tbits/s) is passed to the track finder system. This system consists of 162 processing boards with powerful field programmable gate arrays (FPGAs) to implement the track finding. The implementation makes use of both spatial and time multiplexing; the tracker is divided into nine Φ regions, each processed by a separate track finding board. Within each nonant, 18 boards implement the time multiplexing such that each track finder board receives data from a new bunch crossing every 18 bunch crossings, or every 450 ns.

The track finder implements a road search algorithm where seeds are formed from pairs of stubs in nearby layers or disks. The trajectories from these seeds are projected to the other layers and disks. Stubs are matched to the projections and, if a seed has two or more matched stubs in other layers, the track is passed to the final track fit which is implemented using a Kalman filter.

Fig. 5 shows the simulated performance of the track finding in events with a top—anti-top quark pair produced at the HL-LHC together with < PU > = 200. We have a high tracking efficiency in the range |ŋ|<2.4 and pT>2 GeV.

Cornell, together with Boston University, has built prototype boards for the track finding processor and will proceed towards production of the full system. The firmware is a major effort and is written in a combination of High Level Synthesis (HLS) and Hardware Definition Language (HDL). HLS allows to write firmware using a higher level language, C++.

The CMS collaboration is pursuing an exciting upgrade of the CMS detector for the HL-LHC. There are many novel detector concepts that will provide completely new handles during the HL-LHC operation. In this article, I highlighted two of these, the track trigger and the new extended pixel tracker. The track finder system and the forward pixel detector are projects in the US that are supported by the NSF for the CMS HL-LHC upgrades. Cornell is the host institution for these upgrades. 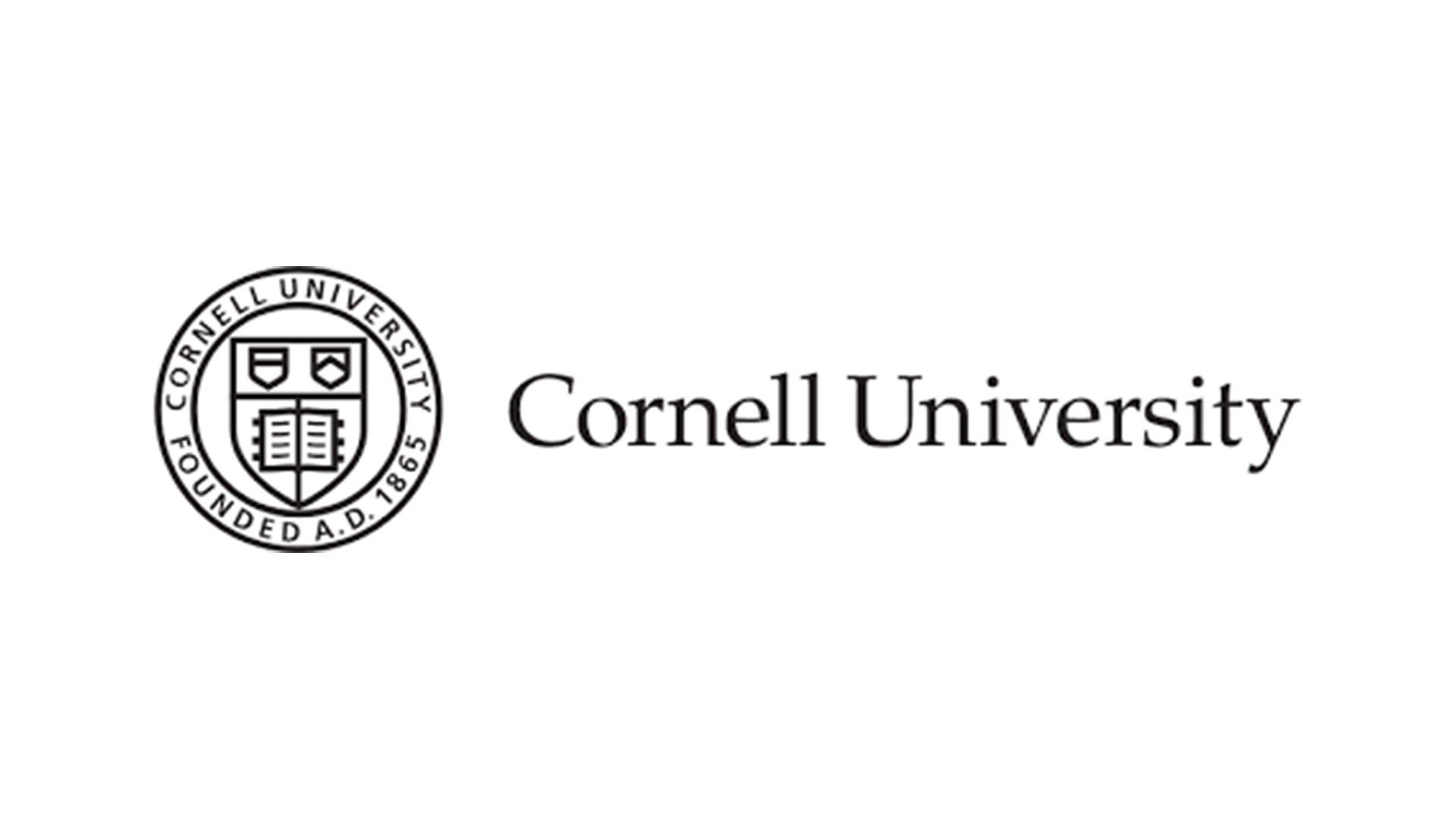