Insights into the future of the Arctic 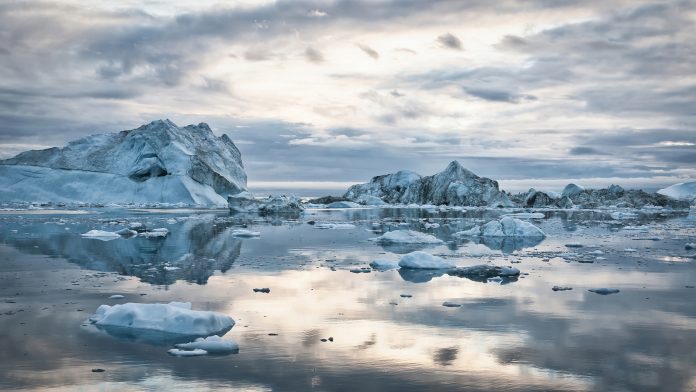 Researchers are currently investigating the future of the Arctic through the research results from the MOSAiC expedition, to reveal the drastic effects of climate change.

A group of international researchers are currently analysing observations from the one-year MOSAiC expedition, during which hundreds of environmental parameters were recorded with unprecedented accuracy and frequency over a full annual cycle in the Central Arctic Ocean. They have now published three overview articles on the MOSAiC atmosphere, snow and sea ice, and ocean programs, in the journal Elementa, highlighting the importance of examining all components of the climate system together to analyse the future of the Arctic.

These results present the first complete picture of the climate processes in the central Arctic which is warming more than two times as fast as the rest of the planet – processes which affect the weather and climate worldwide.

How will diminishing sea ice in the Arctic effect the global climate as a whole?

Diminishing sea ice is a signal of the ongoing global warming issue: in the Arctic, its volume of ice has almost halved in summer since satellite records began in the 1980s. The question of what this means for the Arctic, and how these changes will affect the global climate were the basis of the historic MOSAiC expedition, with the German research icebreaker, Polarstern, from September 2019 to October 2020.

With these results of the expedition, researchers are building the most complete observation-based picture of the climate processes in the Arctic, where the surface air temperature has been rising more than two times as fast as on the rest of the planet since the 1970s. To study the relevant processes for a full year required a special concept, in part because the Central Arctic Ocean is still ice-covered in winter, and therefore difficult to access.

“We found more dynamic and faster drifting pack ice than expected,” explained Dr Marcel Nicolaus, sea-ice physicist at the Alfred Wegener Institute, Helmholtz Centre for Polar and Marine Research (AWI) and co-leader of Team Ice in the MOSAiC project. “This not only challenged the teams on the ground in their daily work, but above all resulted in changed sea-ice properties and sea-ice thickness distributions.”

A record ozone hole in the Arctic stratosphere

One of the reasons for the rapid drift is provided by the analysis of the atmospheric research team: “Near the surface there were particularly low temperatures and associated persistent strong winds in the winter months that pushed Polarstern faster than expected,” explained Dr Matthew Shupe, atmospheric scientist at CIRES at the University of Colorado and NOAA and co-leader of ‘Team Atmosphere’. “Large-scale atmospheric pressure and wind patterns in January to March led to a particularly strong polar vortex around the Arctic, in addition to a record ozone hole in the Arctic stratosphere.”

The oceanography team is analysing how changes in atmosphere and sea ice are related to the water temperature and salinity, and how this can effect the future of the Arctic. “We observe an increasing connection between the upper ocean and the deeper warm water layers in the Central Arctic Ocean, year-round,” reported Dr Céline Heuzé, physical oceanographer at the University of Gothenburg and co-leader of the MOSAiC Team Ocean.

“We were able to fully map ocean eddies over a complete annual cycle during the expedition. Nearly simultaneous measurements from Polarstern, our camp set up next to it on the ice and the distributed network up to 50km away from the ship provide the first assessment of small-scale events up to the regional scale,” added Dr Benjamin Rabe, co-leader of the MOSAiC Team Ocean and physical oceanographer at the AWI.

Autonomous sensors were mounted on, in and under the ice to provide coordinated measurements of properties such as temperature, winds or currents in the atmosphere, in the sea ice and down to several hundred metres in the ocean below. Atmospheric winds push the ice and cause snow to drift. The researchers investigated in detail how the winds affect the sea ice by recording the tension in the ice and measuring cracks and the height of the rising ice ridges. These properties in turn influence where and how snow is deposited or swept away.

Snow stands out for its extreme physical properties, as it insulates the sea ice against the atmosphere, reflects most of the sun light and contains fresh water. “We were able to show how short-term atmospheric events (storms in winter, warm spells in spring, meltwater fluxes in summer or rainfall in autumn) have large effects on the snow and sea-ice properties over the coming months,” Marcel Nicolaus described.

“We discovered larger spatial variations in the snow cover than expected, due to atmospheric processes and the structure of the underlying sea ice. This extreme variability means that we have to consider the snow in much more detail for future model simulations and the interpretation of satellite observations. As we have also been able to make remote sensing measurements on the ice, these – combined with the detailed snow and ice observations – pave the way for new and improved sea-ice observations from upcoming satellite missions. In addition, this enables a better uncertainty assessment of existing satellite time series.”

Research results and the future of the Arctic

Atmospheric scientist Matthew Shupe added: “During MOSAiC, we observed more than 20 Arctic cyclones, or storms, of various scales that passed over our ice floe. We have described these events in unprecedented detail, characterising the vertical wind structure and momentum transfer to the sea ice and ocean, leading to sea-ice movement and fracture. During these events, the impacts of warm air masses moving into the Central Arctic with their associated clouds caused significant shifts in all components of the surface energy balance, affecting the sea-ice temperature, growth, and/or melt. Additionally, year-round information on the variability of atmospheric composition and aerosols provides new insights into the relative influences of long-range transport versus local processes, with important implications for climate-relevant cycles (e.g. the carbon cycle), clouds, and the radiative balance.”

The three overview articles serve as references for a vast array of future scientific work, and ways to analyse the possible future of the Arctic. “The physical observations are the basis for interpreting biogeochemical cycles and ecosystem processes, and for supporting coupled models that we use to learn even more about climate feedbacks and the global repercussions of Arctic change. These changes can affect weather and climate worldwide,” explained Professor Markus Rex, head of MOSAiC and atmospheric scientist at the AWI.

“It is fascinating how accurately we can map individual processes and relate them to each other. I am pleased to see how several hundred MOSAiC participants have collaborated on these publications. International cooperation with expedition participants from so many countries continues productively in a highly coordinated manner, even though the expedition has been over for more than a year. In this way, we will be able to provide ever more important insights into climate change, which will provide a knowledge base for societal transformation towards a sustainable approach to planet Earth,” concluded Rex.