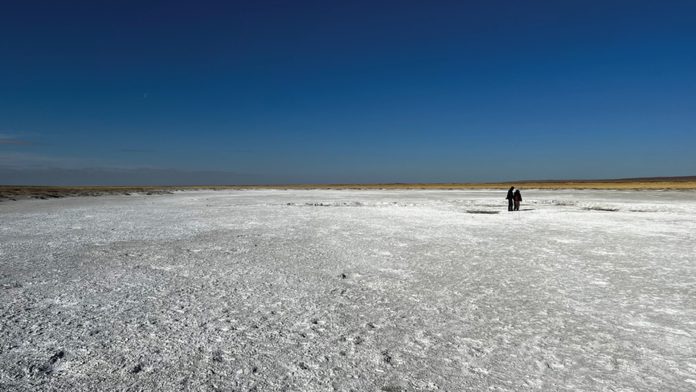 As Mongolia’s first lithium brine explorer and developer, ION Energy is well-placed to become a major name in the Asian battery metals market.

As original equipment manufacturers (OEMs) around the world race to secure critical battery metals, ION Energy is well-positioned to disrupt Asia’s battery metals scene. ION Energy is Mongolia’s first lithium brine explorer and developer, with licences spanning a combined landmass of over 100,000 hectares. They are a fully funded company with first-mover advantage in mineral-rich Mongolia.

In 2017, in local discussions with the Mongolian government, it was clear that there was untapped potential for lithium production in that country. The ION team also recognised that the world would soon be ready for the next wave of lithium demand, with the growing adoption of greener, cleaner technologies.

ION’s roots are firmly planted in existing in-country expertise in Mongolia, with proven successes and the ability to benefit from strong, trusting Mongolian government partnerships that had already been developed. Over the course of the following two years, ION was awarded the largest land exploration and first lithium brine licence ever granted in Mongolia.

Since 2017, when their seasoned co-founders recognised that our world was on the verge of a green revolution, ION Energy has pursued an aggressive growth strategy. At that time, in local discussions with the Mongolian government, it was clear that there was untapped potential for lithium production in that country.

The team’s primary focus in 2022 is the continued exploration efforts at both of its 100%-owned exploration licences, Baavhai Uul and Urgakh Naran. ION Energy’s 100%-owned flagship Baavhai Uul project represents the largest and first ever lithium brine exploration licence ever awarded in Mongolia. Its +81,000 hectares in south-eastern Mongolia is situated just 24km from the Chinese border, placing ION very strategically next to their neighbour – the world’s superpower in battery manufacturing, with the largest consumer demand for electric vehicles.

ION Energy’s second licence is the Urgakh Naran: Rising Sun Project with over 29,000 hectares of highly prospective lithium terrain, in the arid and infrastructure rich region of the South Gobi Desert.

The team has announced early results from samples at Urgakh Naran, collected at surface from a shallow pool and assayed 918 mg/L Lithium. This exceptional early result is the highest grade lithium brine known to have ever been collected in Mongolia. An 82 line-km TEM survey has now been successfully completed, suggesting that the aquifer is large in size and shows low resistivity, drawing similarities to assets in the Lithium Triangle.

While ION has been busy de-risking its two major lithium brine assets, it has also expanded its battery metals potential through Mongolian copper. Maiden drilling at the flagship Baavhai Uul site resulted in an exciting new copper discovery for the ION Energy team.

In February 2022, the company announced a strategic alliance with Aranjin Resources – an emerging Mongolian copper exploration company that owns the highly prospective Sharga Copper Project. The reciprocal mining rights agreement gives ION Energy 20% of all proceeds for any copper or nickel found on ION’s assets. On the flipside, it gives Aranjin Resources 20% of all revenue derived from lithium being extracted from Aranjin’s resources.

ION Energy remains committed to their focus on lithium brine exploration vision, however this discovery has the potential to increase the company’s potential on the battery metals scene. Aranjin’s exploration team has moved over to ION’s BU site to understand if the newly discovered copper anomalies are resource worthy. ION now has access to a significant amount of new acreage across Mongolia for the purpose of lithium exploration, through Aranjin’s exploration licences.

As ION Energy continued to grow, it also added further bench strength to its team from a lithium perspective, with Don Hains and Paul Fornazzari. Don is widely regarded as a global lithium expert, with more than 30 years of experience in exploration and development. He also created the best practice guidelines for lithium brine resources. Paul has a particular expertise in lithium mining over the last two decades, starting with acting as counsel to, and becoming the inaugural chair of, the first lithium brine company listed in Canada, Lithium Americas (LAC), and being a director of Neo Lithium (NEO). Their addition was a powerful validation of ION’s long-term strategy and prospects.

Mongolia’s neighbour, China, is the world’s biggest consumer of lithium, the largest producer of electric vehicle (EV) batteries, and the largest electric vehicle consumer market. ION Energy, with its over 81,000-hectare flagship lithium site just 24km from the Chinese border, is well-positioned to be a key player in Asia’s battery metals supply hub. 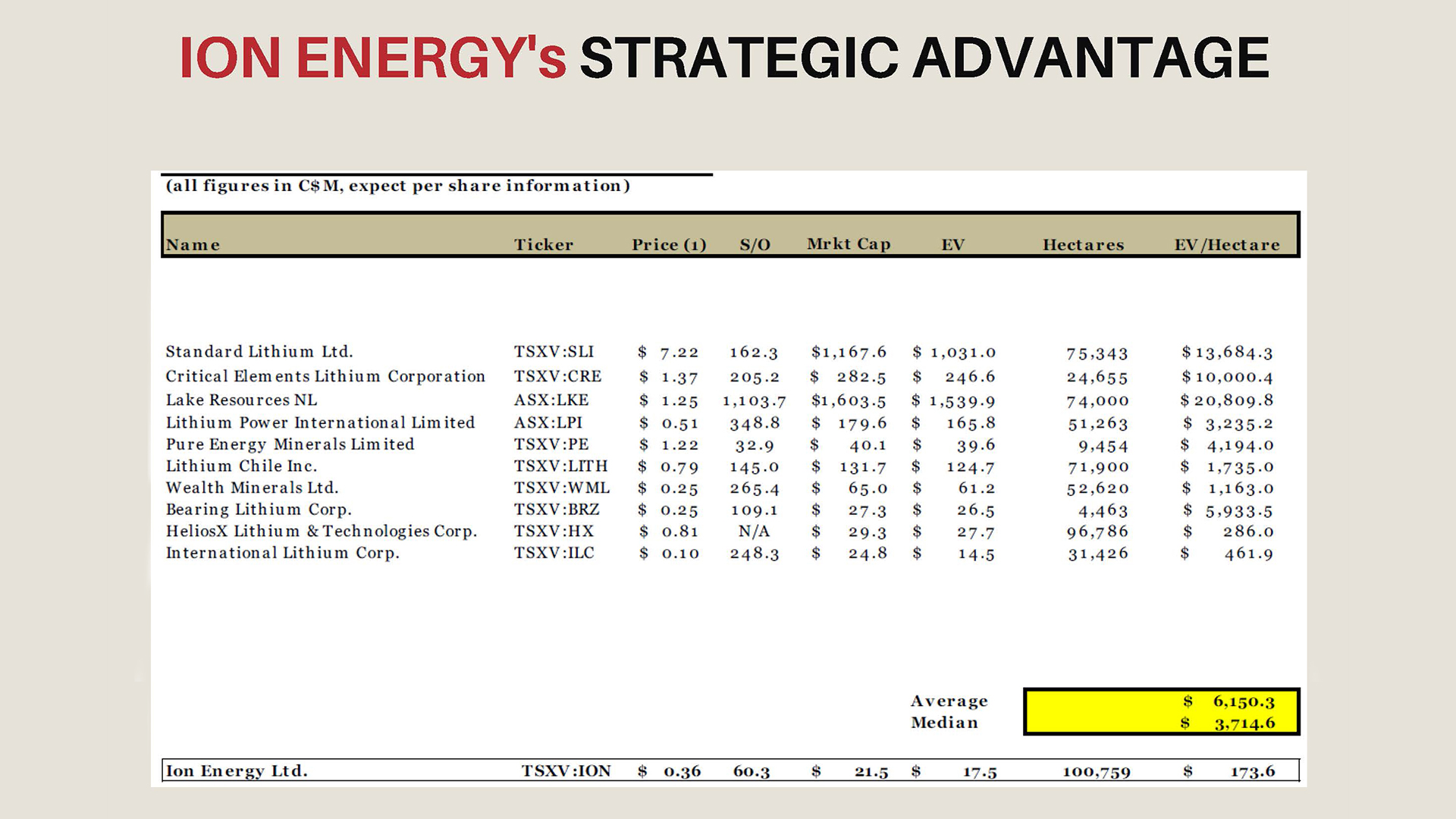 China is also building one battery gigafactory per week. They are dominating the global lithium-ion battery supply chain – even the lithium mined in the US still gets shipped to China for processing. In the long term, the market is also pushing for local supply chains, in order to improve sustainability and work towards net zero targets. Also of note, Korea, Taiwan, and Japan are battery manufacturers that are close by.

With ION Energy’s prospect of finding significant amounts of lithium – a commodity with increasing global demand – on China’s doorstep, the company can disrupt the entire global lithium supply chain, which currently flows through Latin America or Australia, where the vast majority of lithium is found, before being routed to major consumers in Asia.

With the onset of our world’s green revolution, this global race for raw material supply for batteries will continue to heat up, and electric vehicle adoption will keep increasing. This could not be a more exciting time for ION Energy to continue to show its exploration potential in an untapped jurisdiction.