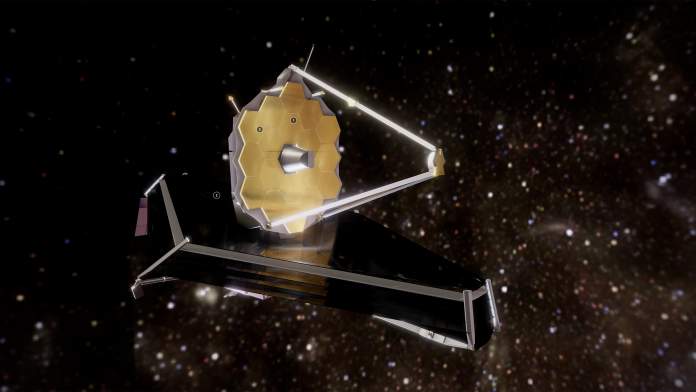 Ellen Watson, Digital Editor at Innovation News Network, explores the mission journey of the James Webb Space Telescope, from design through to launch.

The mission journey of the James Webb Space Telescope (JWST) began in 1995, when the Space Telescope Science Institute (STScI) committee recommended the production of a significantly larger telescope that was capable of observing infrared light. As a result, NASA selected the Goddard Space Flight Center and STScI to study the feasibility of this next-generation space telescope.

What is the James Webb Space Telescope?

The JWST is an international collaboration between NASA, the European Space Agency, and the Canadian Space Agency. Often referred to as the Webb, it is the largest telescope ever to be deployed into space, with its primary mirror being approximately 6.5m (21.3ft) wide. The JWST is a space-based observatory optimised for infrared wavelengths, intended to complement and further the discoveries made by the Hubble Space Telescope (HST). It has been designed with improved sensitivity and longer wavelength coverage, allowing the telescope to observe further back in time to discover the first galaxies that formed in the early Universe, looking into dust clouds in which stars and planetary systems are currently forming.

The JWST was originally labelled the ‘Next Generation Space Telescope’ (NGST), due to its ability to build on and continue the scientific exploration commenced by the Hubble Space Telescope. JWST is also considered a ‘next generation’ telescope due to its engineering innovations, establishing new technologies such as the lightweight, 21-foot, deplorable primary mirror.

On 10 September 2002, the NGST was renamed the ‘James Webb Space Telescope’ in honour of James E Webb (1906-1992), NASA’s second administrator. Webb is best known for leading Apollo, a series of lunar exploration programmes that achieved the deployment and arrival of the first humans on the Moon.

The role of the James Webb Space Telescope

The JWST is optimised to provide a completely new perspective of our Universe in extraordinary detail. This will enable astronomers to study the Universe in greater depths and investigate unknown concepts, such as the formation and origin of galaxies and exoplanets. It is also anticipated to provide insights into the nature of dark energy and dark matter, that currently remain somewhat of a mystery. In addition, JWST will observe every kind of cosmic object we can possibly see, from distant alien worlds and black holes, to galaxies, supernovae, and violent collisions between dense stars.

The reason this space telescope technology was required to capture this data as opposed to an Earth-bound telescope is that Earth’s atmosphere is nearly opaque and glows brightly at most of the infrared wavelengths that Webb will observe, so a cold telescope in space is essential. For wavelengths that are transmitted to the ground, the Earth’s atmosphere blurs the images. At present, adaptive optics systems can correct this blurring but only over small fields of view near bright stars that function as reference beacons, allowing access to only a small fraction of the sky.

After various construction challenges and delays, the JWST finally arrived at its launch site in October 2021, travelling by boat from California to Europe’s Spaceport in French Guiana, South America.

Following its successful launch, the JWST deployed its complex sunshield on 4 January 2022. The sunshield is a critical feature that the observatory will utilise to keep its instruments cold over the course of the mission. The unfolding of this sunshield marked the end of one of the most complicated stages of deployment that the observatory had to achieve to function properly while in space.

On 8 January 2022, JWST deployed its 21-foot, gold-coated primary mirror, officially and successfully completing the final stage of all major spacecraft deployments to prepare for science operations. JWST requires the unfolding mirror as, due to its enormity, it could not fit in the launch shroud of current rockets. The mirror must be large to observe the faint light from the first star-forming regions and very small details at infrared wavelengths. The mirrors are gold-coated, again to optimise them for infrared light.

On 24 January 2022, the JWST reached its final destination and settled into its concluding orbit at the second Sun-Earth Lagrange Point, also known as L2. As the Hubble Space Telescope orbits Earth, the JWST will instead orbit the Sun, 1.5 million km away from Earth, at L2. The JWST’s orbit will keep the telescope aligned with Earth as our planet orbits the Sun. This alignment is important as it protects the telescope from the heat released by the Sun, Earth, and Moon.

The L2 destination point is ideal for JWST because the gravitational forces of the Sun and Earth will help to ensure that the spacecraft does not need to rely on using much thrust to remain in orbit. It will also allow the telescope to have an unobstructed view of the Universe, unlike Hubble which moves in and out of the Earth’s shadow every 90 minutes. In addition, the position of JWST also means that a continuous and stable communication between teams on Earth and the space observatory is possible using the Deep Space Network. JWST will orbit around the Sun-Earth L2 Lagrange point for a period of six months.

The next stage of the JWST mission, while orbiting L2, is the cooling process and an eventual instrument turn-on, testing, and calibration. The telescope mirror alignment and calibration will begin when the temperatures fall within range for the instruments to be enabled.

Construction begins on certain telescope parts, including Webb’s science instruments and the 18 segments of the primary mirror

Webb passes its mission critical design review, which signifies that the integrated observatory will meet all science and engineering requirements for its mission

Webb is fully folded for the first time and completes final environmental testing to prove it can withstand the shaking and jostling of the launch environment. Webb’s sunshield is also deployed for the final time on Earth

JWST successfully arrived in French Guiana on Tuesday, after a 16-day journey at sea

JWST rolls to the pad aboard an Ariane 5 ECA rocket

Launched at 7:20 am EST on an Ariane 5 ECA rocket from Europe’s Spaceport in French Guiana, South America

This timeline depicts the key events in the JWST mission journey. Information correct at the time of publishing.