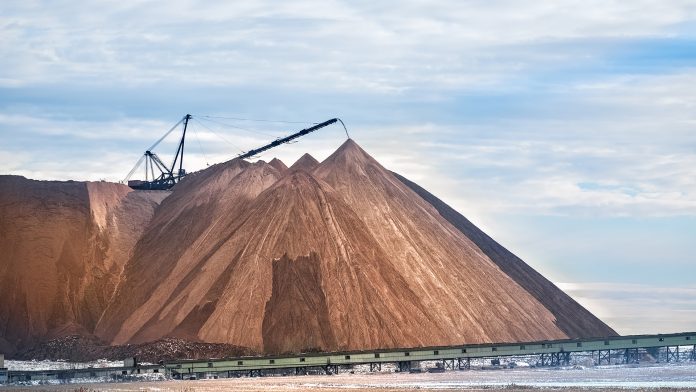 Winchester is the best undeveloped high-grade magnesium project in the world, and Korab Resources (ASX:KOR) aims to make it a sustainable, secure, low-cost source of zero-carbon, ‘green’ magnesium metal.

Around the world, automakers, alloy producers, defence contractors and a myriad of other industry players are very worried about the supply of one critical metal – magnesium.

When magnesium production in China almost came to a grinding halt in September/October 2021, causing severe shortages of magnesium in Europe, it looked for a while that the European production of cars, planes and marine vessels would follow suit.

How magnesium is used

Given that aluminium/magnesium alloys are almost five times lighter than steel, they have replaced steel as the preferred material for production of car bodies, gearboxes, transmissions, drivetrains, and other car parts. This weight/strength differential has become especially important in the electric vehicle (EV) industry and the general automotive sector, where the primary goal is to reduce vehicle weight. For an EV, lower weight means an increased range, and for an internal combustion engine, it means lower fuel consumption and carbon emissions.

China’s Society of Automotive Engineers (SAE) has forecast that the use of magnesium alloy will increase in the long term because of a trend towards lightweight material and carbon reduction targets in the auto industry. SAE expects magnesium consumption to rise from 1.5kg/vehicle in 2015 to 25kg/vehicle by 2025 and 40kg/vehicle by 2030. According to the China Association of Automobile Manufacturers (C.A.A.M), automakers in China delivered 28,226,616 passenger and light commercial vehicles in 2017. The Chinese Ministry of Industry and Information Technology is targeting 35 million vehicle sales by 2025 and wants new energy vehicles (NEVs) to make up at least one-fifth of that total. In other words, within three years, Chinese carmakers will require 875,000 tonnes of magnesium metal per year. Current magnesium production in China totals about 890,000 tonnes per year.

Magnesium supply risks are compounded by the fact that less than 9% of global primary magnesium comes from countries with low political risk.

Korab Resources, a mining company listed on ASX (KOR), is developing the Winchester magnesium project as a new source of this critical metal to automakers, alloy producers, and aerospace and defence sectors. Korab owns one of the best high-grade magnesium deposits in the world. The Winchester magnesium project is located approximately 70km from the Darwin Port in the Northern Territory of Australia and has easy access to shipping to Europe and Asia. Winchester has a mineral resource of 16.6 million tonnes of magnesite (comprising 12.2 million tonnes at 43.1% MgO in the indicated category and 4.4 million tonnes at 43.6% MgO in the inferred category), containing 4.3 million tonnes of pure magnesium metal. In addition to the established mineral resource, further massive magnesite mineralisation extends to more than 8km.

The Winchester magnesium deposit was discovered in 2000 and has waited for development for two decades primarily because of low magnesium prices which fluctuated between AU$2,000/t and AU$3,000/t. As a result, the development of Winchester was uneconomical until the recent price recovery.

This production cycle has generated a wealth of data covering all aspects of the magnesium metal production process, from mining, crushing, calcining, metallurgy and smelting to refining. This complete data set was acquired by Korab when it bought the Winchester magnesium project. The data includes process designs, equipment lists, engineering drawings, and all statistics covering the use of energy, consumables, labour, parts, etc.

The Winchester magnesium project is the most attractive and advanced magnesium metal project under development anywhere in the world because of the following key factors:

In November 2021, Korab announced signing the export agreement with the operator and manager of Darwin Port to export up to 30,000 tonnes per annum of magnesium metal through the Port.

In March 2022, Korab released results of the scoping study assessing the economics of producing magnesium metal at the Winchester project using technology previously tested in the pilot plant. The study has shown that Winchester can supply 50,000 tonnes of high-purity magnesium per year at a cost of about AU$5,350 per tonne for an annual gross profit of about AU$233m and an NPV of about AU$1bn over 14 years. Direct capital cost was estimated at about AU$335m, with indirect capital costs and 10% contingency estimated at AU$80m for a total capital cost of AU$415m. The study has confirmed the robust economics of the project and very significant profits likely to flow from magnesium production at Winchester.

Not withstanding the availability of the above technology, Korab is also considering another technology that would allow Korab to become a sustainability leader among magnesium producers by taking  advantage of the project’s geographical location. Northern Australia offers plentiful water and solar power, thus enabling Korab’s ground-breaking alternative technology to produce magnesium without the use of gas, ferrosilicon, and aluminium. With few modifications of the original production process, Korab’s magnesium project can produce magnesium using solar power and hydrogen generated on-site instead of grid electricity and natural gas or methane. This would make the Winchester project sustainable and environmentally friendly and would provide stability of input cost (and therefore production costs) over the long term.

The alternative magnesium production plant utilises several proprietary processes. It includes a hydrogen production module that generates hydrogen in quantities sufficient to fire the calciner which processes magnesite into magnesium oxide. The surplus hydrogen is used to convert the carbon dioxide generated during magnesite calcination into ethanol and/or ethylene. The plant also uses an innovative process relying on solar power and hydrogen to convert the magnesium oxide to magnesium metal, oxygen and water vapour.

While progressing the Winchester magnesium project, Korab is also working on securing the development funding for the project from magnesium users, trading houses and from loans and grants available from Australian Federal Governments, among others.