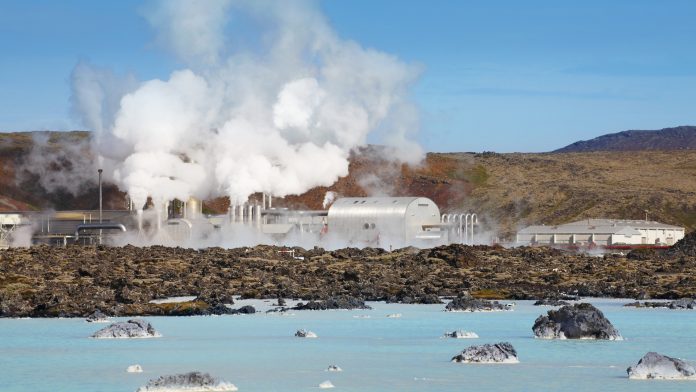 Today, the need for the world to transition towards more sustainable energy sources and decarbonise the economy, including transport, is well recognised. The dramatic acceleration and growth of electric vehicles (EVs), one of the keys to greener mobility, is putting an unprecedented strain on the supply of raw materials.

Today, most metals needed to build an EV battery originate from remote locations, and this strategic supply chain is subject to geopolitical considerations. For example, close to 80% of the lithium used in the batteries for EVs has to travel halfway across the globe from mines to the end-user. In December 2021, the French Minister of Ecology, Ms Pompili, declared that the need for the country to secure a sovereign and environmentally responsible supply of raw material could lead to the opening of sustainable and responsible mines in France, announcing a new mining era.

Mining has a long history in France, with varying degrees of social acceptability, depending on the region. The Upper Rhine Valley, located in the North-Eastern part of France at the French-German border, is a territory that has exploited the subsurface for several centuries for salt, oil, coal and even silver. Indeed, Northern Alsace has been producing oil for centuries, with the first extraction, from mines dating back to 1735. Over the years, the numerous oil exploration campaigns have allowed for a detailed characterisation of the local geology and a thorough understanding of the subsurface.

In recent years, the geothermal potential of this basin has started to be developed through deep geothermal projects producing decarbonised electricity and heat. The geothermal brine is pumped from around 3,000m underground to exploit its heat. It also contains several different dissolved minerals, including a significant concentration of lithium. 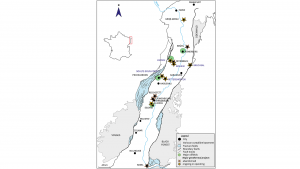 While this fact has been known for decades, it is only in recent years that economic interest and consideration for this resource began now that lithium is a strategic metal and the cornerstone of the electric mobility transition. Studies have since shown that substantial amounts of lithium are stored in the Upper Rhine Graben formations, so much so that, depending on how well it can be extracted, it can significantly contribute to the quest for battery supply chain sovereignty in France and neighbouring European countries. 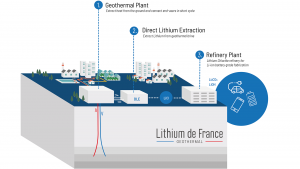 In this context, Lithium de France is developing a dual model of valorisation of these geothermal brines. First is extracting the energy for direct geothermal heat distribution to industries, district heating networks, and greenhouses. Second is the extraction and refining of lithium from these brines through a low environmental impact process resulting in minimal carbon emissions, low water consumption, and a small carbon footprint compared to conventional mines.

The approach of Lithium de France to tackle this challenge has three distinctive characteristics. Firstly, it brings together a team of experts from an oil and gas background and geothermal, energy and mining specialists. Such competencies and know-how in geosciences and subsurface operations are what a unique resource like geothermal lithium requires. Secondly, the choice has been made to take a collaborative approach. A number of partnerships are being developed with start-ups, technology developers, industrials and academics; the ambition is to federate and unite key actors around this new challenge. Finally, none of this could happen without the support of the local communities, so the mindset of the team and the whole project is one of proximity, close communication and local engagement.

Lithium de France is preparing its first exploration campaign, with a 3D seismic acquisition in 2022, following which the drilling of the first wells could start in 2023. In parallel, the extraction and transformation solution is being developed and piloted for the first plant as early as 2025.

Lithium de France was founded in 2020 by French group Arverne, a multidisciplinary company acting in the energy transition. Deeply rooted in the territory, Lithium de France develops its projects in Northern Alsace for geothermal and lithium extraction.

The company completed its Series A financing round in October 2021, led by Equinor Ventures, and attracted investors such as Langa international, Pacifico and Fourstones. It is preparing a Series B round in 2022.

Lithium de France is now at the dawn of a decarbonised success story.