Lithium developments: The past, present, and future 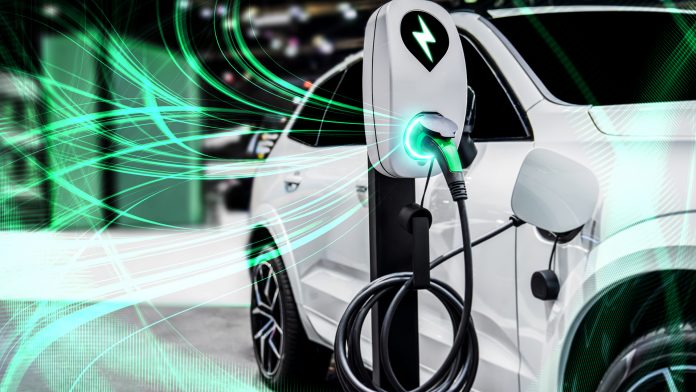 Donald Bubar, President and CEO of Avalon Advanced Materials, outlines the history and advancement of lithium developments and emphasises its great potential for future applications.

While the element lithium was first discovered in Europe in the early 1800s, it was not until the 1920s that a significant commercial application was identified. The first major application of lithium was in high-temperature lithium greases used for aircraft engines and similar applications during World War II. After the war, the demand for lithium developments increased with the recognition that certain lithium isotopes could be used in the manufacture of nuclear weapons. Initial production of lithium was all from known lithium pegmatite deposits in Europe and the US.

The next major uses developed for lithium were as an additive in the aluminium smelting process, as an ingredient in pharmaceutical products to treat manic depression, and in the manufacture of high-strength glass-ceramic products, such as Corning’s famous CorningWare® cookware. The high-purity lithium alumino-silicate mineral petalite (LiAlSi4O10) was used directly in the glass-ceramic batch formulation because of its lack of impurities and the fact that the alumina and silica were also ingredients in the glass chemistry.

In the 1970s, researchers in Japan invented the lithium battery, and developments towards creating rechargeable lithium-ion (Li-on) batteries with increased storage capacity continued into the 1980s. A commercial lithium-ion battery was first developed in Japan by a Sony and Asahi Kasei team led by Yoshio Nishi in 1991.

Lithium used in battery applications required a chemical form of either lithium carbonate or lithium hydroxide. As demand for these lithium chemicals grew, alternative supply sources were soon recognised where it could be recovered as a by-product of salt production from large brine resources in the Atacama Desert of Northern Chile.

In the meantime, zoned lithium pegmatite deposits with high purity petalite and/or spodumene-quartz intergrowth (SQUI) continued to be the preferred source of lithium for high-strength glass-ceramic applications from three unique pegmatite deposits: Bikita in Zimbabwe, Greenbushes in Australia, and Tanco in Canada. All three of these pegmatites are of the zoned lithium-caesium-tantalum (LCT) type, where these rare elements can all be produced for many new high-tech applications along with the lithium.

Avalon first found interest in LCT pegmatites after a new one was discovered along the English River north of Kenora, Ontario, in 1996 by the Ontario Geological Survey, in the same belt of rocks that hosts the Tanco Mine in Manitoba. It was staked by local prospectors and subsequently acquired by Avalon after being inspired by the late Dave Trueman, a former Tanco employee and one of the leading experts in LCT pegmatite geology in Canada. The discovery outcrop was a very large exposure enriched in petalite that had likely not been recognised previously by geologists mapping the area until a geologist with experience in LCT pegmatite mineralogy came across it.

Interestingly, the outcrop was already known in the traditional knowledge of the Indigenous people who lived in the area as the ‘Healing Rock’. After camping on or near the main outcrop exposure, they discovered that staying there for a while was beneficial for their mental health. Thereafter, community members who were suffering from depression were encouraged to go and camp there to recover and it worked. Similarly, it has been documented that communities that access drinking water containing lithium have much lower suicide rates than those that do not. So, even before lithium and its properties had been formally identified by research scientists and subsequently used in pharmaceutical products, human health was already benefiting from exposure to lithium resources.

Presently, the use of lithium as a critical material in lithium-ion battery technology is getting most of the publicity because the transition to a low-carbon economy has suddenly created enormous new demand for rechargeable batteries due to lithium developments. However, there are likely many more potential applications in new technology because of the unique chemical characteristics of lithium. Its use in glass-ceramics is also growing as there continues to be innovation in high-strength glass products for computer display screens and new flexible glass products. Lithium-based high-strength glass products could also become another important component in light-weighting of electric vehicles (EVs), through their use in the windows and display screens. In all cases, high purity petalite or SQUI are the preferred forms of lithium for use in the manufacture of these new glass technologies.

Avalon plans to serve both the glass-ceramic and battery materials markets from its petalite-rich LCT pegmatite resource.

The global demand for lithium battery materials has doubled since 2020 from just over 300,000 tonnes of lithium carbonate equivalent (LCE) to at least 650,000 tonnes of LCE in 2022 due to rapidly increasing sales of electric vehicles, especially in China. This has also resulted in a doubling of global lithium carbonate prices from less than $10,000 per tonne in 2020 to over $20,000 per tonne in 2022. Demand will continue to grow, creating some urgency in countries like Canada to help kickstart new domestic lithium battery materials supply chains if they want to fully participate in the manufacturing of electric vehicles for North American markets.

Fortunately, Canada has the lithium development resources needed and the next steps toward starting production will involve getting the processing capacity established to produce lithium carbonate and hydroxide at locations near to the resources. This will then create the initial supply of lithium carbonate/hydroxide that can encourage more battery and EV manufacturers to establish production capacity here. It will also inspire more lithium resource development to increase future production of lithium mineral concentrates to serve a growing market.

Avalon’s plan is to use its advanced Separation Rapids Lithium Project as a starter project to justify the creation of that initial lithium battery materials refinery in Thunder Bay, Ontario. Thunder Bay is ideal because of its central location with respect to the many lithium resources in Northern Ontario and its excellent transportation infrastructure to allow it to serve both domestic and international markets.

Avalon can create the initial supply of lithium mineral concentrates while other aspiring new lithium miners begin their operations. The key next step is securing the initial offtake commitment from an international buyer that supports access to the capital investment required to build the refinery. Once in operation, it can then start to serve the needs of other battery manufacturers and expand production as demand grows.

The future of the lithium market looks very promising not only because of the growing demand for lithium in EVs but also because it has so much more potential demand growth through further innovation of new technologies including alternative forms of lithium batteries such as solid-state lithium batteries. There are undoubtedly other ways it can be used in electronic products and in other materials where it can provide greater strength and stability.

Furthermore, the development of LCT pegmatites will provide opportunities to create new by-product supplies of other rare elements – notably caesium, tantalum, and rubidium – which continue to be in short supply. Preliminary availability of these three rare elements can then be used by researchers to initiate more research and development toward the innovation of new applications for these elements. Caesium, in particular, has enormous potential in new materials due to its unique properties. As it is the most electro-positive element on the periodic table, it can be used to make exceptionally stable compounds for use in aerospace technologies and many more.

A promising future for Canada

With an abundance of undeveloped LCT pegmatite resources, the future looks bright for Canada. It is well-positioned to take the lead in the innovation of new high-strength materials for new technologies and produce all the required critical minerals in low-impact, sustainable ways.

The Australian Government has approved a series of grants to aid development of the critical mineral resources industry.
Read more