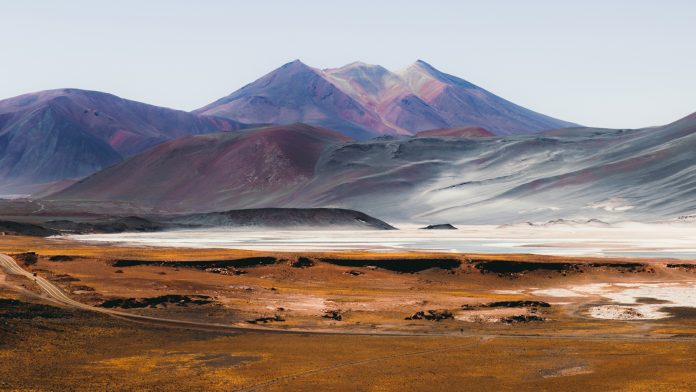 When demand for a scarce mineral commodity soars, you would expect established producers to reap the benefits. They can often tap proven reserves to add quickly to existing extraction and treatment facilities, and to access finance via their balance sheets or utilising enthusiastic investors. This is happening right now with lithium mining in South America, especially for the companies operating within the Lithium Triangle.

They operate in a dry, high-altitude region in the North of Chile and Argentina, which is endowed with large salt lakes that the locals call salars. For years now, producers like the US’s Albermarle Corp and Chile’s Sociedad Quimica y Minera (SQM) have been pumping brine into evaporation ponds to extract lithium-rich salts. Australia’s Allkem is a comparative newcomer. Soon the trio will be joined by a fourth, Lithium Power International (LPI).

Meeting the demand for lithium

Albermarle, SQM and Allkem have an advantage over most others in the industry because they have production facilities, sizeable reserves, large cashflows and eager product buyers. Each has substantially expanded operations in recent times, and are planning more of the same in the near future.

Battery makers are desperate for lithium to meet the demand from electric vehicle (EV) companies and large-scale battery farms, meaning lithium mining in South America is crucial to meet this new pressure. Lithium prices have soared to unprecedented levels in the last year and are expected to run higher in the foreseeable future. According to Benchmark Mineral Intelligence, a regulated price reporting agency, if the carbon reduction goals for 2040 set out in the COP26 Glasgow declaration are to be achieved, more than seven million tonnes of lithium would be needed. That is 17 times global production in 2021.

Early in May 2022, Albermarle informed investors that its gross earnings from lithium this year was likely to rise by 200-225%.

This will not all be due to the sale of more lithium. It will also come from higher prices, which are boosting Albermarle’s bottom line more than ever because of sales linked to a market price index. The company is considering a shift from fixed price deals to variable pricing so it can reap even more gains that are expected during the next few years. Its operations in Chile, the US, Australia, and China are being expanded from a combined 88,000 tonnes last year to top an expected 200,000 tonnes in 2023.

For its part, SQM reported in March that its net income in 2021 was more than three times what it reported just last year, thanks to higher sales volumes and prices. It expects average prices this year to be higher again. Unsurprisingly, SQM is also expanding its operations. CEO Ricardo Ramos Rodraguez has expressed pride in his company’s growth plans, which lifted sales to more than 100,00 MT in 2021 and outline an expected rise to 210,000 MT by mid-2022 and then further to 250,000 MT.

This is all expected to be paid from its rich cashflows and SQM aims, during this period, also to reduce debt. Rodraguez said that, despite higher sales prices, he did not expect the positive trend in demand to be impacted in the near term. Aside from expanding in Chile, SQM is also diversifying into a hard-rock lithium project in Western Australia known as Mount Holland, and a lithium refinery on the coast at Kwinana. That investment is expected to ship the first lithium carbonate during the second half of 2024.

Allkem is newly combined from the recent merger of two other lithium businesses, Orocobre and Galaxy, and it operates in Argentina and Australia. Its first operation in South America was Olaroz, but it is significantly expanding with projects called Cauchari and Sal de Vida. CEO and Managing Director Martin Perez de Solay recently said Olaroz and Sal de Vida were yielding rates of return “well in excess” of 40%. Apart from its primary lithium carbonate operations, Allkem is also building a processing plant in Japan in a joint venture with Toyota Tsusho, to convert its South American product into higher value lithium hydroxide. At James Bay, in Canada, the company is building a new hard-rock lithium mine which is expected to come online by 2024.

A key lesson from these companies is that, while it is less risky and more beneficial for established producers to expand existing operations, the opportunities are so attractive that they are prepared to build greenfield facilities. Also, in Chile’s lithium triangle, LPI’s Maricunga project has strong advantages over new mines in other parts of the world. It is sited on a salar, similar to the operations run by Albermarle, SQM and Allkem.

The company’s definitive feasibility study for stage one of its development shows that it is on track to quickly become one of the world’s lowest cost producers. Based on a start-up production rate of 15,200 tonnes per year, the net present value of the project on a leveraged basis is estimated to be $1.425bn at an 8% discount. This would yield an internal rate of return of 39.6% and provide a two-year payback. Estimated steady-state annual earnings before interest, tax, depreciation, and amortisation would be $324m.

The updated plan for Maricunga accounts for recent market changes, and will focus initially on concessions fully owned by the company. In rebasing the project, LPI conducted drilling beyond the initial 200m depths undertaken initially in the salar to include resources down to 400m. The project is placed at the lower end of the lithium carbonate cost curve, which is one of the reasons why LPI has been able to sign a strategic alliance with the Japanese conglomerate, Mitsui & Co, to develop Maricunga and possibly to share in similar projects in Chile.

The alliance includes potential off-take and funding rights for the stage one development and strategic collaboration on issues including technology. LPI also retains permits that it owns elsewhere on the salar with Chile’s state-owned CODELCO mining company. Any development of that area would require a separate agreement before it could proceed.