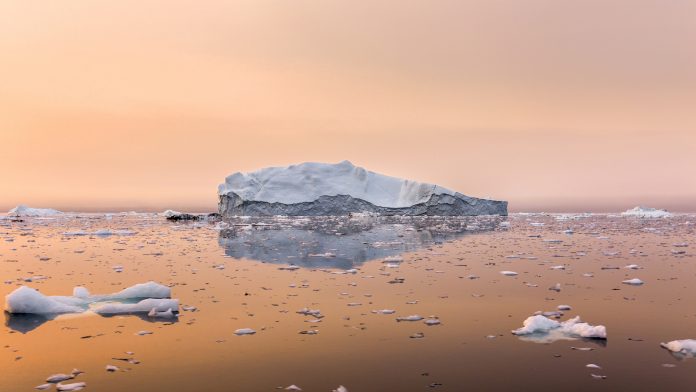 Scientists believe that air pollution and a lesser-known ozone layer is causing the increased ocean warming in the Southern Ocean.

New research has identified a lesser-known form of ozone that is contributing to the rapidly increased warming of the Antarctic Ocean — one of Earth’s main cooling systems.

Ozone is a gas composed of three oxygen atoms. Many studies have described ozone in the stratosphere, and its role in shielding people from the sun’s harmful ultraviolet radiation. Closer to ground level, in the troposphere, ozone is harmful to humans.

New research led by UC Riverside scientists reveals this lower-level ozone is increasing the heating of the Antarctic Ocean more than scientists previously assumed. This finding has now been published in the journal Nature Climate Change.

“People have not paid much attention in the past to tropospheric ozone in terms of ocean heat uptake. Based on our models, they should be,” explained Wei Liu, UCR Climate Scientist and lead author of the new study.

Heating of the Antarctic Ocean

Oceans remove the majority of the carbon and heat that enter the atmosphere when humans burn fossil fuels. The Southern Ocean, also called the Antarctic Ocean, collects a third of all excess carbon in the world’s atmosphere, and an estimated 75% of the excess heat collected by the world’s oceans.

It is essential to understand this heating and what is causing it so that it can be controlled. Increased ocean warming is contributing to well-documented issues of sea levels rising.

To further this understanding, Liu and an international team of scientists explored climate model simulations to analyse changes in ozone levels between 1955 and 2000. These model simulations isolated both stratospheric and tropospheric ozone from other influences on Southern Ocean temperatures, allowing them to see how each factor contributes to the increased ocean warming.

While both stratospheric and tropospheric ozone contribute to the Southern Ocean warming, the team found that the latter contributes more.

“Historically, about a third of the ocean’s warming is attributable to ozone. For this third, about 40% is from the stratosphere, and the rest is troposphere,” Liu stated.

In the 1980s, growing concern about a pollution-generated hole in the protective upper ozone layer led to the Montreal Protocol. A landmark environmental agreement, it codified the resolve of all 198 members of the United Nations to regulate chemicals generating that hole.

However, satellite images continue to show low levels of stratospheric ozone over the Antarctic, and there have been improvements.

“Since the protocol was ratified, ozone depletion has recovered somewhat in the stratosphere, and climate models project it will continue to gradually recover,” Liu said.

Liu believes the results of this study are useful for showing where people can make further changes that will improve the environment.

Volatile organic compounds, or VOCs, from products like pesticides, tobacco smoke and automobiles are gases that form the building blocks of tropospheric ozone. The same is true for nitrogen oxides produced by combustion, or carbon monoxide from furnaces, gas stoves, and automobile exhaust. Many of these products can be modified to produce fewer VOCs.

“Tropospheric ozone is an air pollutant,” Liu concluded. “If we reduce our production of this, we get the dual benefits of less air pollution and most likely, less Southern Ocean warming as well.”