A new venture in lung cancer therapeutics for ValiSeek 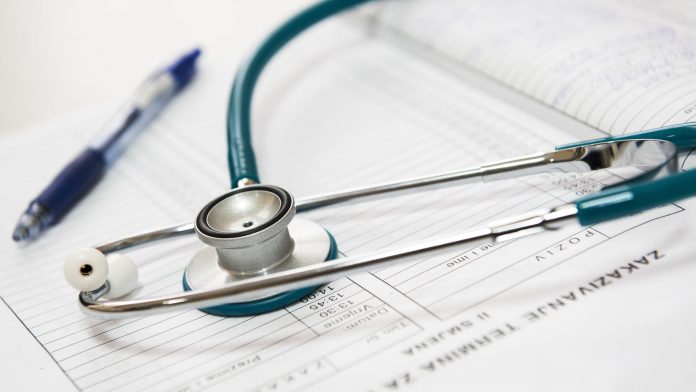 ValiSeek Limited is a single asset company, overseeing the development of the therapeutic VAL401 through the final stages of clinical trials for the treatment of lung cancer. Despite having a well-trodden path to follow, a closer look shows some of the twists and turns taken along the way. Founder and entrepreneur, Dr Suzanne Dilly, explains.

Our pilot Phase 2 clinical trial was completed last year, so the last 12 months have been really exciting, if not sometimes nail biting. By year-end, we were able to share data showing that our eight end-stage lung cancer patients, once treated, displayed a statistically significant improvement in overall survival time, compared with a group of untreated case-matched lung cancer patients. Data added in January showed that these lung cancer patients not only lived longer, but reported improvements in quality of life, particularly in measures of pain, nausea and overall feeling of wellbeing.

These headlines were fantastic, but a little more explanation is needed to expand on the remaining challenges – with the need to identify and secure a rather particular kind of investor that can show not only the flexibility and risk tolerance of any who may be looking at the life science sector, but also the intelligence and vision to really understand the opportunity for lung cancer treatment.

The reformulation of drug Risperidone

VAL401 is a reformulation of an established drug, Risperidone, into a liquid-filled capsule. Risperidone is a popular anti-psychotic, prescribed chronically for psychotic conditions worldwide, and is listed on the World Health Organization’s list of essential medicines. Several anti-psychotic drugs have been studied for anti-cancer benefits, but with a lack of scientific consensus, it is generally agreed that they do not offer such benefits.

Our laboratory experiments revealed that Risperidone can inhibit an enzyme (HSD10) that is key to metabolism in cancerous cells. However, Risperidone alone cannot enter these cells, as the anti-psychotic properties are all activated by interactions at the cell surface. Our VAL401 lipid formulation, looking much like a cod liver oil capsule, allows Risperidone to enter and, specifically in cancerous cells, stop the enzyme, thus breaking the cell cycle. Our experiments with lung cancer, pancreatic, and prostate adenocarcinoma cancers demonstrated that VAL401 reduced the rate of tumour growth.

From a scientific perspective, the formulation requirement is elegant, providing a rationale for why the past studies of anti-psychotics in cancer have been so mixed. From a commercial perspective, the formulation requirement enabled patent examiners to identify a clear line of novelty and inventiveness, allowing patents to be granted for both the composition of the VAL401 formulation and use of such in the treatment of adenocarcinoma. Patents have been granted in various territories, including the USA, Australia and New Zealand, with major territories across all continents currently under examination. Importantly, the US patents include the method of treatment of adenocarcinoma, recognising that the mechanism of activity suggests all adenocarcinomas should be susceptible.

With the formulation recognised as essential for anti-cancer activity, an oncologist cannot take the cheap, generic Risperidone from the shelf for their patient. Yet, with the use of a well-known active, pharmaceutical ingredient, we hope VAL401 can provide an affordable treatment in oncologists’ toolkit.

Recycling existing drugs for the future of oncological treatments

Recycling an old drug allowed us to plan our clinical trial with a great deal of confidence, knowing that the drug would not do anything particularly unexpected. This drastically reduced the amount of lab-based toxicology required before moving into dosing human subjects, cutting costs, times, and significantly reducing animal experiments.

We initially proposed entry directly into a single, multi-national, 200-patient trial, in order to achieve sufficient data to request market authorisation. However, on consultation with the regulatory authorities, we decided to run the pilot study first with a small handful of patients to check for surprise results. Although the active drug has been widely used for decades, our formulation stimulates previously inaccessible biological activity, so we needed to be sure it wouldn’t also encourage previously unseen side effects.

Recording the biological effects of therapeutics

In a clinical trial, all “adverse events” are recorded, regardless of the association to the drug being trialled. The side effects that we saw could be categorised as:

The majority were a combination of the first two, for example, breathlessness – clearly attributable to lung cancer – was briefly worsened in two lung cancer patients during high-level dosing, and was resolved when the dose was reduced. Side effects attributed to Risperidone can be assigned as either those caused by the anti-psychotic activity of Risperidone, or those historically recorded as side effects.

Our patients reported an increase in appetite, leading to:

The aforementioned symptoms were expected, due to the positive side effects of the anti-psychotic, but they also reported some sleepiness and general fatigue. Although, several lung cancer patients reported improvements in fatigue, due to improved insomnia. These are recognised side effects of Risperidone, despite being notably less harsh than those associated with traditional chemotherapy.

These positive results have provided a foundation to propose our final clinical trial, as initially intended, aiming to include around 200 patients in a multi-national operation. Targeting patients at an earlier stage in their treatment pathway and proposing treatment in combination with a standard of care, this trial will enrol patients into a blind study, comparing standard of care in combination with either placebo, high- or low-dose VAL401. We hope that this will expand on the results already seen to confirm that treatment with VAL401 provides improvements to disease progression, in addition to quality of life improvements, with sufficient advantages which allow an application for market authorisation.

VAL401 started as a proof-of-concept project for the Magic Tag technology in the University of Warwick’s, UK spinout company, a2sp Limited. Magic Tag is a lab-based platform which identifies interactions between drugs and protein fragments. The VAL401 results demonstrated that the molecule screened (related to Risperidone) had potential to bind to the active site of enzyme HSD10, and a resulting enzyme inhibition assay against a group of related drugs showed that Risperidone was the best inhibitor.

After running briefly as a service company, a2sp was closed down. As a result, both the technology and all prior results were transferred to a new company, Tangent Reprofiling Limited, with an aim to conduct internal R&D. Funded by PepTcell Limited, now part of the SEEK group, corporate funding allowed Tangent to explore a number of Magic Tag results before focusing on developing VAL401. After completing proof-of-concept studies, but lacking clinical trial experience in the field of oncology, SEEK sought a new partner for VAL401.

ValiSeek was set up as a special purpose vehicle with the sole purpose of developing VAL401 towards market authorisation. ValiSeek was established with the intent that a pharmaceutical or biotechnology company (or multiple companies with regional expertise) with commercialisation experience will adopt the project into their pipeline for the final stages of progress towards patient use.

ValiSeek is a joint venture between SEEK and ValiRx plc. ValiRx is an oncology therapeutics company with clinical trial experience and access to finance from the AIM market on the London Stock Exchange, making it an ideal partner for this stage of the development. This joint venture saw SEEK contributing the intellectual property behind the VAL401 project, and ValiRx providing funding for the recently completed Phase 2 clinical trial.

With this trial now successfully completed, a further commercial arrangement is under negotiation with parties to run the final required trial, with possibilities still available for inward investment in exchange for regional commercialisation rights, equity positions in ValiSeek, or options for future commercial rights.

This final trial carries the weight of all our hopes for the future of VAL401, with investors recognising the risks involved in any life science investment: that clinical trials are complex to operate, can take longer than anticipated to recruit patients, and are genuine experimental science, so they can provide results other than those expected.

However, with a project such as VAL401, our confidence is boosted by the historic knowledge of the old drug, combined with our trial experience, suggesting toxicity and tolerance risks are much lower than with a previously un-trialled drug; the risks of timing are reduced as the required trial is relatively small at 200 patients; and the trial complexity is recognised, and actively managed by the experienced team involved in ValiSeek – with both ValiRx and SEEK always on hand to support and advise.

With a shorter time to market and lowered risk profile, coupled with the increased upside of the long running, strong foundation of granted patents (the first was filed with a priority date of 2013), ValiSeek represents an exciting prospect for life science investors.