Disastrous flooding events across the globe in 2022 have further highlighted the importance of effective flood-prevention technologies and strategies.

To some it may look like a fact, to others it may only be a possibility or a trend, but every year the number of flood events seems to be continuously growing. After 2021, the year that has been scarred by the European floods in July, 2022 yet again saw record flood events with disastrous consequences. Big-impact flood events occurred across the world, the deadliest of which were the massive Pakistan floods triggered by record high monsoon rainfalls. Some flood events were amplified by other phenomena, such as landslides and cyclones. The international disaster charter has been activated for 19 major flood events in 2022, and the Copernicus EMS Rapid Mapping System has been activated for 18 events.

2022 began with the eastern Australia flooding, which was one of the nation’s worst recorded flood disasters, with a series of floods that occurred from February to April, followed by heavy flooding in Brazil during the month of February. A multitude of landslides increased the mortality rate drastically. According to the international disaster database EM-DAT, 272 people died during that event, 197 more were injured, and more than 16,000 people were affected. These were the consequences of 210mm of rain falling in only three hours.1

A similar event hit South Africa in April 2022, causing heavy floods and landslides. A national state of emergency was declared, and the international disaster charter was activated to support response activities.2 According to EM-DAT, 544 people died following this event which affected more than 142,000 people in total.

The African Sahel region was also hit by severe floods during the rainy season. In South Sudan, over 900,000 people were affected by floods, which amplified the existing problems linked to the growing number of refugees.3 Refugee camps are becoming more and more vulnerable to floods, but also to spreading diseases and malnutrition. The neighbouring country Sudan also faced severe floods. According to EM-DAT, 146 people died in Sudan and nearly 350,000 people were affected. At the end of September, more than 24,000 homes were destroyed and nearly 50,000 more were damaged.4 Further west, Nigeria experienced their worst floods in history during the summer and the consequences have been extensive. 603 people died; 2,500 people were injured; and 2.8 million people were affected. Hundreds of thousands of homes were damaged or destroyed, as well as more than 500,000 hectares of farmland. In addition, the ongoing cholera outbreak and the risk of spreading the disease are worsening the repercussions.5

In August, the massive floods in Pakistan made the headlines due to the astronomical number of people impacted. 1,739 people died (EM-DAT), with nearly 600 of these victims being children. More than 33 million people were affected and eight million were displaced.6 Such high numbers are usually reached by cumulating several events during a year. Single events only reach those numbers in rare cases, with the Pakistan floods unfortunately being one of those events. The size of the flooding was impressive, covering 9.8% of the total area of the country.7 The material and financial losses are also colossal, with 1.8 million houses and nearly 400 bridges destroyed.8 In addition, the important repercussions on agriculture and livestock will most likely lead to food security and malnutrition issues.

The events listed above are only giving a glimpse of an overview of the worldwide devastation of the 2022 events. Many more could have been picked out. For instance, the floods in Bangladesh in May that affected about two million people, and flash flooding in Kentucky (USA) during the summer which caused the death of 42 people (EM-DAT). Also, the Marche region in Italy during the month of September experienced high-impact flash flooding. In the Philippines, massive flooding followed tropical storms in October and December and, for a second time, Australia experienced destructive floods in October.

It is clear that, even though floods seem to be causing devastation everywhere in the world, the most vulnerable countries are the underdeveloped and poorest ones. Being able to respond adequately to a flood requires a sequence of actions that some countries are not able to provide. It all starts before the floods even turn into a disaster. Being able to predict where it will take place well in advance and analysing what buildings and people are exposed is the first step to warning everyone in time. This requires that the concerned countries have access to the right equipment and infrastructure to deliver a warning message. During most floods around the world, it seems that this process is not yet implemented as well as it could and should be, particularly in the most affected and vulnerable countries.

However, it should be noted that, for big events, such as the one in Pakistan in 2022 which covered tens of thousands of square kilometres and affected more than 30 million people, prediction and warning would require a colossal effort and an enormous amount of financial resources to make early warnings most effective. This also applies to emergency management, the complexity of which increases with the number of people, roads, buildings and bridges, and other critical infrastructure exposed and with the number of villages and towns cut off from the rest of the country due to their inaccessibility. This emphasises the need for creating and testing an emergency response and management plan before a disaster takes place, which again many countries probably cannot afford to put in place.

Learning from past flood events

Although the 2022 floods seem to have beaten every possible past record, it is not the first time that countries like Pakistan, Nigeria, or Australia have faced such events. These countries are regularly hit by heavy rain, even if the most recent events seem to be more intense. In 2010, floods killed more than 1,700 people and affected 20 million people in Pakistan.8 In 2012, 300 people died after flooding hit parts of Nigeria.9 From November 2010 to January 2011, intense floods in Australia killed 35 people and affected over 200,000 more.10 What is important is whether people have learned from these events or whether, indeed, memory has faded.

Very often, big disastrous events are the turning point for putting in place new, more efficient methods for assessing and managing a risk, but this is not always the case. Policymakers but also inhabitants should learn from past events, in order to prevent the next one from turning into a disaster. But it is also important to keep the memory of these events alive, to raise awareness of the dangers they bring and to allow people to act accordingly. However, learning from the past and creating new tools to help emergency management requires financial and human resources which, for now, are not available to every country.

In parallel, pre-existing conditions can worsen a nation’s exposure and vulnerability to floods. Inadequate land use, for example, can increase inhabitants’ exposure drastically. This is mostly the case in dry countries, such as the ones in the Sahel region, where people need to live next to the river.

Unfortunately, urban areas are developing in floodplains, without knowing the hazard linked to river flooding. However, these dynamics are also found in other countries which are missing space for urban development and which started developing on a floodplain.11 The volume occupied by the buildings considerably reduces the expansion space for flood waters, which again increases the hazard level locally but also downstream. In addition, the materials and the methods used for construction, which are very often not adapted to withstand flooding, increase the vulnerability of people in those new urbanised areas.

Flood damage has many facets

Floodplains offer the most fertile soils, and most of the floodable areas are used as cropland, as is the case for Pakistan for instance, where huge areas of croplands flooded (Fig. 2). Unfortunately, every flood event tends to damage a relatively large number of crops, which has direct repercussions on food security issues, such as malnutrition. In fact, the 2022 events have reminded us that the damage after a flood goes far beyond the direct loss of life and material damage. Indeed, malnutrition linked to the lack of clean food and water supplies is a serious issue, especially for countries like Nigeria, Pakistan, or Sudan. After the Pakistan floods, UNICEF estimates that 1.6 million children could be affected by malnutrition.12 People’s lives take a direct hit after such events and society needs a lot of time to get back to normal. Destroyed or closed schools lead to a lack of education for children12 and closed or overloaded hospitals lead to the deterioration of people’s physical and mental health. In addition, people’s health is compromised by the spreading of diseases during and after a flood. Therefore, considerable efforts need to be made to support humanitarian intervention in the affected areas.

8: Chughtai A. (2022). Mapping the scale of damage by the catastrophic Pakistan floods. Aljazeera: https://www.aljazeera.com/news/longform/2022/9/16/mapping-the-scale-of-destruction-of-the-pakistan-floods

9: The Guardian (2022). ‘Nature is striking back’: flooding around the world, from Australia to Venezuela. https://www.theguardian.com/environment/2022/oct/20/flooding-world-climate-crisis-australia-venezuela-nigeria 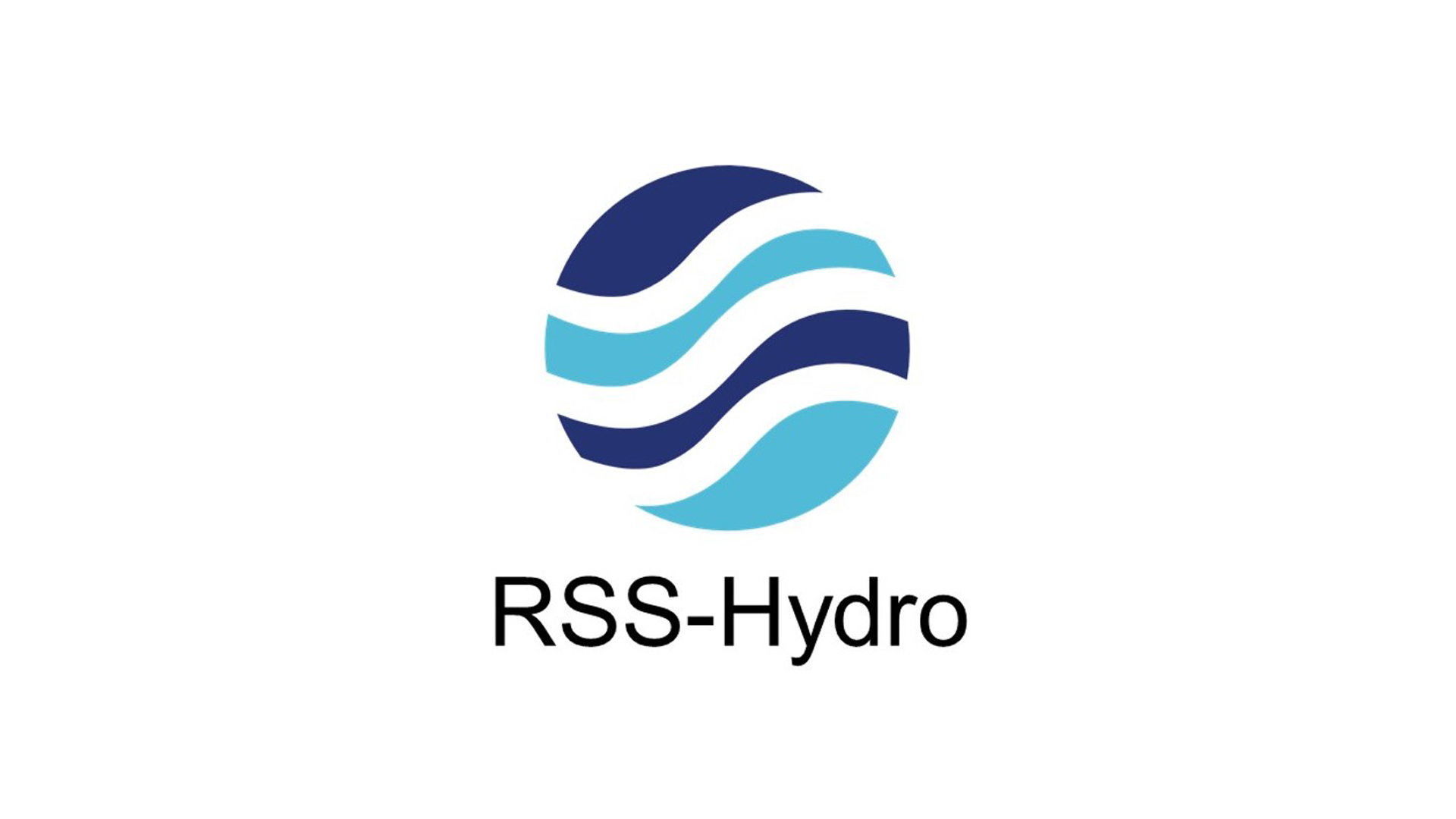