Moscow 2030 digital strategy: a smart city on the rise 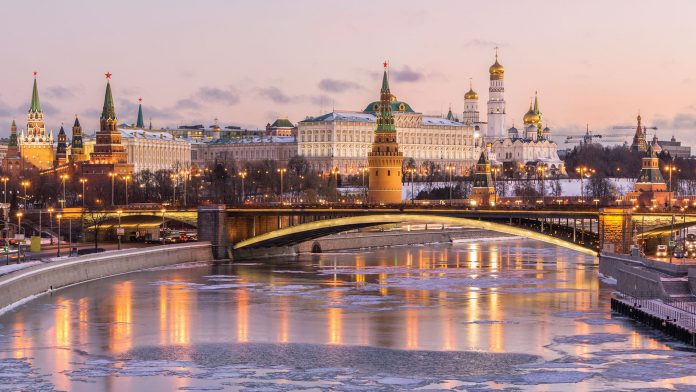 Moscow is becoming one of the most digitalised cities in the world and the people of Moscow see a lot of potential to go further as one of the leaders of digital technology implementation: this has led to the production of the Moscow 2030 digital strategy.

Innovation News Network spoke to Andrey Belozerov, strategy and innovations advisor to the CIO of Moscow, about the Moscow 2030 digital strategy and the future roadmap to making Moscow one of the smartest cities in the world.

What are the main bullet points of the Moscow 2030 digital strategy and what are the leading factors to its implementation and success?

One thing that we have focused on when developing the Moscow 2030 digital system is creating a citizen-centric strategy; the strategy is not about IT infrastructure or IT systems, it is not about big data. Instead, our strategy is homing in on artificial intelligence. We have hundreds of IT systems working throughout Moscow and they all produce and store a lot of data, therefore of course we have to teach people how to use this data within our city services and public services. However, last year we created a large division within the department of IT that is dedicated to big data and we already have 50-70 people working within these operations.

With regard to artificial intelligence, in Moscow we understand that often AI can complete routine tasks more accurately and efficiently than human intelligence, this is why we are placing a lot of our focus on replacing some functions of our everyday operations from humans to AI. Moscow already has a few pilot projects underway in this area and our new Moscow 2030 digital strategy will allow us to progress with this development for the future.

One final leading factor that the Moscow 2030 digital strategy bullets is personalisation. Moscow may be a very large city; however, it is becoming clear to us that people want their services to be personalised. We have a lot of information about our citizens and therefore we can personalise their products and services, tailoring them specifically to their needs.

Of course, technologically we will be following all of the additional trends, virtual reality, blockchain, etc.

What are the biggest barriers that have had to be overcome in the development of the Moscow 2030 digital strategy; and what do you expect to be the largest challenges in its implementation?

In Moscow, we understand that we must teach both customers, and business professionals how to use these services and how to provide the services digitally. However, this is not a barrier or an obstacle, this is a target and we have an action plan within the Moscow 2030 digital strategy outlining how we will achieve this.

One of the biggest discussions around digital transformation is ensuring we are not excluding anybody, for example elderly citizens. We are aware that many elderly people do not even have access to the internet or do not own a smart device, thus of course, one of the very important directions of action is eliminating digital divides, to supply interconnectivity and interoperability.

Teaching the people who are part of the digital divide has been placed at the top of our agenda in Moscow; we now have 132 public service centres that are equipped with all of the services and devices that people need to be a part of our digital world. Each centre has a computer room which can be used by anybody, free of charge. We supply instructors to the centres, who will teach our citizens how to use Microsoft office and the internet, etc. Of course, we do have other obstacles, such as infrastructure and money, but for the Moscow 2030 digital programme, the main issue is transforming the minds of people and organisations.

In cities that are reliant on technology, surely there are worries around hacking and data protection: do you have a back-up plan if technology fails at any point and how do you hope to address cyber security issues?

We do have a lot of cyber security hack attempts; however, we have a very complicated system for online security and our staff are extremely talented. I do not think we have a back-up plan as such, so if everything went down, I cannot answer what we would do in that situation. Of course, a lot of our services and systems are now only available electronically, and if something was to happen to the system, we probably should have some kind of go-to. In my opinion however, I think we should focus more on how to implement a plan to make our systems safer and more sustainable, rather than having a back-up plan. In the Moscow 2030 digital programme, that is the direction we will take. Today it is virtually impossible to imagine a world without technology and a world without internet communication, I do not think that a city could stay alive without it.

How will the introduction of a blockchain system within the online voting process improve democracy and generate confidence amongst Moscow’s citizens regarding the authenticity of results?

Moscow launched the e-voting system in 2014 and over the past year we have pushed the use of blockchain under this e-voting system, which we call ‘Active Citizen.’ We do not store any personal data to the blockchain, everything is depersonalised and the data is inserted with a hash function; everybody can see the voting process, but nobody can see the personal data – this is the reason Moscow chose to store the data in such a way.

Confidentiality is very important when it comes to the voting process and blockchain will aid citizen confidence in this way. We have very strict regulations in Russia, which were adopted before GDPR was even brought into force in Europe. Our regulations are extremely strict, and this means that we must store data very delicately. We believe that blockchain is a great system for the creation of trust, which is why it forms a crucial part of the Moscow 2030 digital policy; you cannot change any information once it is inside the blockchain, therefore it is impossible for anybody to change the results of a vote.

Strategy and Innovations Advisor to the CIO of Moscow