Using neutrino detectors to study interactions inside the nucleus

Understanding what goes on inside a nucleus is critical to making precision measurements of neutrino properties but, by using neutrino detectors, researchers at the University of Minnesota are uncovering scientific mysteries, such as the interactions inside the nucleus.

The atomic nucleus is a complicated place, where virtual particles exist for a fleeting instant, but keep protons and neutrons bound together. Although they are held together in a nucleus by the strong nuclear force, protons and neutrons in nuclei are constantly moving around, and can collide with each other and even temporarily pair up. Gaining insight on the interactions within a nucleus is difficult, so our trusted approach has been to collide things into a nucleus and study the outcome. We can then determine models that describe the behaviour we see and use these models to predict the interactions of any particle with a nucleus.

When trying to measure the behaviour of neutrinos, we are confronted with a complex conundrum. Neutrinos do not interact very often, so we must build large detectors to catch as many as possible. The chance of catching neutrinos scales with the mass of the detector, so the detectors must be heavy. The requirement for a very large and heavy but sensitive detector that is affordable to build limits the materials we can build things out of – the most commonly used materials are water, iron, and hydrocarbons such as oil and plastic, although some current and future experiments use liquid argon. This means the neutrinos we measure will be interacting with potentially fairly heavy nuclei – iron has 26 protons and 30 neutrons bouncing around inside its nuclei, whilst argon has 18 protons and 22 neutrons. When these interactions occur, the neutrino will interact with a proton or neutron that is already moving, could be paired with another proton or neutron, and is bound inside a large nucleus. The particles produced in this neutrino-proton or neutrino-neutron interaction are produced inside an atomic nucleus – the densest environment imaginable, short of a black hole. They can then go on to interact further with the other protons and neutrons inside the nucleus, and can change direction or energy, be absorbed, or knock out other particles, before they get to the edge of the nucleus. Overall, understanding these interactions is a challenge and it relies on a good understanding of all these different effects.

Fortunately, we can invert this problem and consider what we can learn about the nucleus by hitting things into it – just consider the neutrinos to be the things we are hitting the nucleus with. One exciting new development in this area is the ability of modern detectors to measure all the particles that come out of the nucleus, rather than just the highest energy ones. In these detectors, clever analysis techniques are exposing the behaviour of the nucleus in interesting ways. For example, we know that the neutrino has no initial momentum perpendicular to the beam direction. By adding up all the perpendicular components of the final state particles’ momenta, we can learn about the motion of protons and neutrons inside the nucleus. When you see large imbalances in this ‘transverse momentum’, this is usually because particles have been reabsorbed by the nucleus. By considering how these effects depend on the number and type of final state particles, we can start to tease apart these different effects, which in turn allows us to model the nucleus better, enabling more precise predictions for how neutrinos interact in our detectors.

One very important component in all these measurements is good detectors. Many particles that come out of a nucleus are unlikely to travel far in dense materials. However, we must use dense materials in order to catch enough neutrinos. The development of large liquid argon time-projection chambers, for example MicroBooNE in the US and ICARUS in Italy (now moved to the US), allows us to build 100-ton scale detectors that have spatial resolutions of a few millimetres. This means that a particle that only travels 1cm will still be detected and measured. The technology has not been easy to develop – it was first proposed over 40 years ago in 1977 – but we have now demonstrated that these detectors can be built, operated for many years, and used to make detailed measurements of neutrino-nucleus interactions. There are even some upsides to using liquid argon – for example, immersing the electronics in the cryogenic liquid reduces the impact of thermal noise, although it also makes them inaccessible if anything goes wrong.

Work is now underway to construct an even larger detector using the same technology. This time, the detectors will be 10,000 tons and we plan to construct four of them, a mile underground in South Dakota, as part of the Deep Underground Neutrino Experiment (DUNE). DUNE will use this new technology to make the most detailed measurements to date of how neutrinos act during long distance travel. By placing a small detector close to the neutrino beam, the neutrino-argon interactions can be measured in detail, and the much larger ‘far detector’ will then measure the neutrinos to see how they have changed. 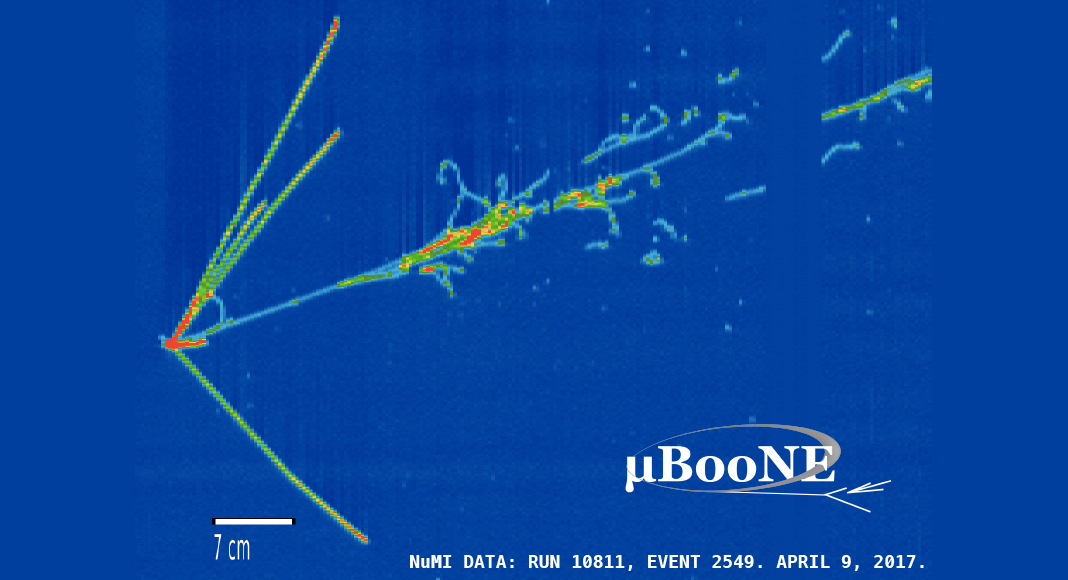 An exciting possibility for the DUNE experiment is to also use a high-pressure gas as the detector. Using high pressures increases the number of neutrinos that will interact with the gas, while using a gas keeps the density low enough that particles invisible to the liquid argon detector become visible in a gas detector. As always, there are a number of technical challenges to overcome. For example, the detector will need to be over five metres long in every dimension, but kept at ten times atmospheric pressure, or about five times the pressure in a car tyre, and it must also be highly sensitive. It will be no easy feat, but with the precision it will offer, we will not only learn about how neutrinos act and their potential role in the early Universe, but also about the interactions inside the nucleus. The potential for discovery is vast.