New Age Metals: Leaders in exploration for palladium and lithium

New Age Metals, a forward-thinking exploration company in search of critical materials such as palladium and lithium that will power the battery technologies of today and the hydrogen economy of tomorrow.

New Age Metals (NAM) is focused on exploring and developing green metals projects in North America. The company is backed by billionaire investor Eric Sprott who holds a 24.5% stake. NAM is developing its flagship River Valley Palladium Project, one of North America’s largest undeveloped primary Platinum Group Metal (PGM) projects, located only 100km from Sudbury, Ontario. In 2022 the company is set to complete a Pre-Feasibility Study for its flagship asset. This is a major milestone for the project as well as the company. In Manitoba, Canada, NAM owns a portfolio of exploration stage hard rock lithium properties. There, NAM has recently entered into a binding agreement with Mineral Resources Limited (MRL), the fifth-largest lithium producer globally. This article will tell the story behind this green metal exploration company’s projects and look into the team behind the deal.

The company is diversified with two green metals divisions. A PGM division that includes the flagship, multi-million-ounce district scale, advanced exploration and engineering stage River Valley Project. The River Valley Project is located only 100km Northeast of Sudbury, Ontario. The proximity to a historic mining and metallurgical centre like Sudbury provides NAM with a competitive advantage logistically. The concentration of mines in the area has contributed to the world-class mining infrastructure that mining companies enjoy today. With mining being the primary industry in Sudbury, the largest city in Northern Ontario, mining companies enjoy the plethora of mining-related services, experienced consultants, and the world-class infrastructure needed to refine minerals and ultimately bring them to market. After completing the Pre-Feasibility Study at River Valley in 2022, NAM will continue to de-risk the property by completing additional exploration work and further engineering studies to ultimately seek a strategic partner who could bring the project through construction
or production.

In Manitoba, NAM’s lithium division holds seven properties totalling over 11,000 hectares of prospective land where they are exploring for hard rock lithium. NAM has owned their lithium claims in Manitoba since 2016 and has continued to grow its land position since that time. NAM’s stated objective in Manitoba was first to acquire a sizeable land position but then later form strategic relationships with third parties to expedite the lithium exploration for a minimal cost to the company’s shareholders. In September 2021, NAM entered into a binding agreement with the fifth-largest lithium producer in the world, Mineral Resources Limited (ASX:MIN). The agreement with MRL provides a framework by which MRL can earn an ownership interest in the properties by funding particular milestones in terms of exploration and development. This is a business model that has been employed by Harry Barr, the company’s Chairman and CEO, throughout his multi-decade career. After signing on with MRL, NAM initiated a maiden drill programme at one of its seven properties in Manitoba in 2021. The Lithium Two Project has a historical resource estimate that predates NI43-101 reporting standards of 544,600 tonnes at 1.4% Li2O. Results from the 2021 Lithium Two Project drill programme will guide the company’s exploration plans for 2022. NAM, with its partner, hopes to identify a mineable resource of lithium. Given the proximity to North American EV markets, NAM is strategically situated to supply auto manufacturers with the critical materials they require. 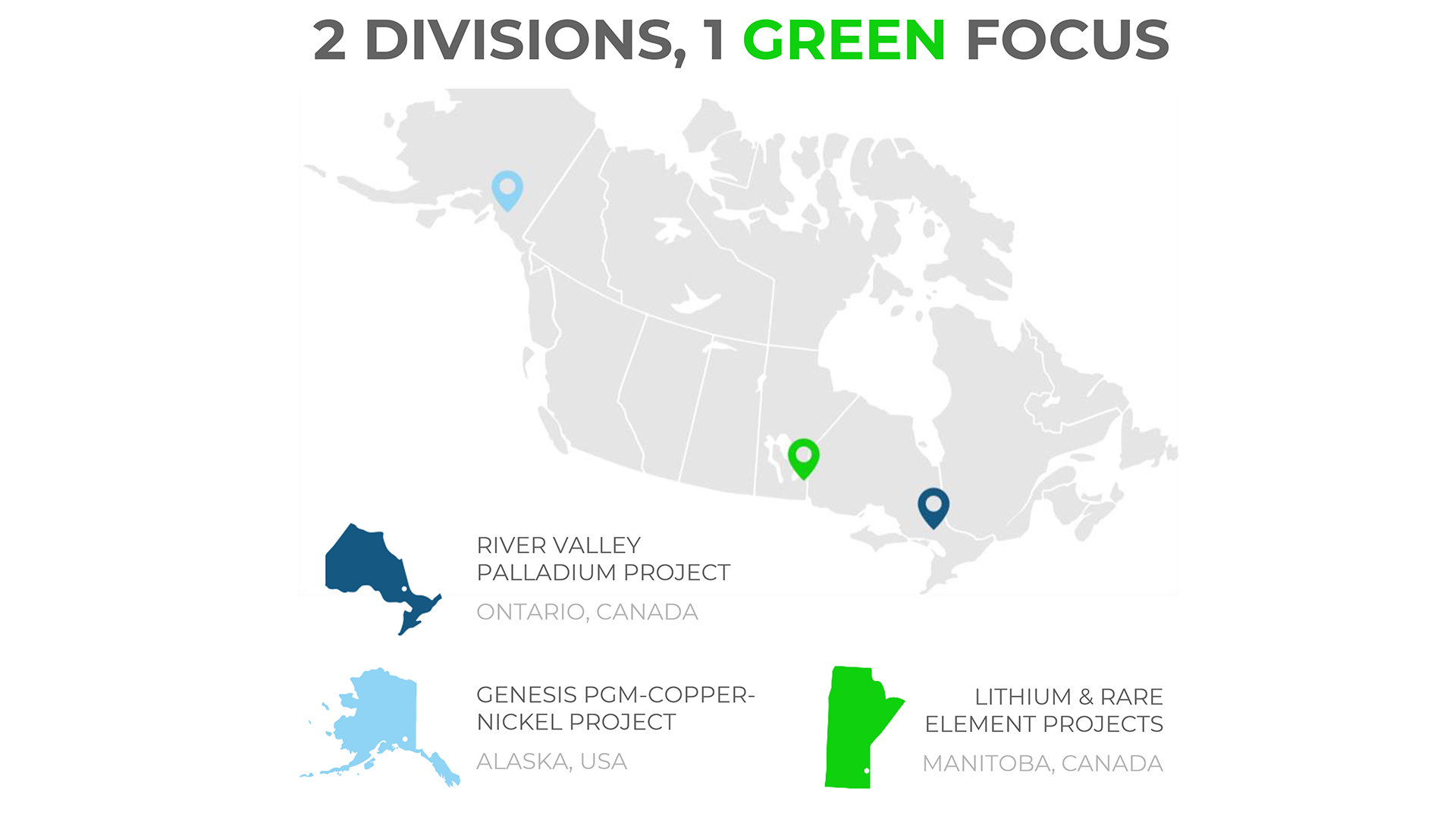 Community engagement is a critical component to any junior mining company completing mineral exploration responsibly. NAM works with various First Nations communities who hold traditional claims on the lands NAM explores on in North America. In October 2018, NAM signed a precedent-setting exploration agreement with the Sagkeeng First Nation in Manitoba to facilitate transparent communication, employment opportunities and resource sector training. Through this agreement, the stakeholders have benefitted from the protection of previously undiscovered heritage artefacts and enhanced economic opportunities. Similarly, the company has agreements in place with both the Nipissing and Temagami First Nations in Sudbury, Ontario.

What are Platinum Group Metals?

Palladium and platinum are lesser-known metals than gold, silver, copper and nickel; however, they have a crucial role to play in an environmentally friendly world. Most of the global supply of PGM’s comes from South Africa and Russia, two jurisdictions that present their own geopolitical risk factors. North American supply of PGMs is lean. The primary use of PGM’s is in the catalytic convertor, found in any vehicle that uses an internal combustion engine. This system helps reduce harmful fumes. With more stringent environmental standards being imposed by international governments to meet emissions standards, more and more PGM’s are required in catalytic convertors to serve their purpose as an anti-pollution device. Effectively, this has led to increased PGM demand almost every year since 2012. Hybrid vehicles and fuel cell electric vehicles also require PGMs, which gives investors peace of mind knowing there will be a continuous demand for these shiny metals. Recent studies around the hydrogen economy, more specifically hydrogen storage, suggest that palladium can be used in hydrogen purification, storage, detection, and fuel cells.

Lithium found in hard rock is a part of minerals hosted in pegmatites. Lithium from pegmatites can be used to create various downstream products. New Age Metals is exploring for hard rock lithium in Manitoba. Lithium markets across the board reached new highs in 2021, and Bank of America expects this just to be the start of a bigger move in the future. It is not surprising that lithium is in high demand after all the electrification plans auto manufacturers have announced worldwide. However, there is not enough lithium at the moment to supply the projected demand. While major producers of lithium are always doing their best efforts to replenish their own reserves, an opportunity exists for junior miners and explorers to do what they do best: discovering new economically feasible sources of these critical materials. 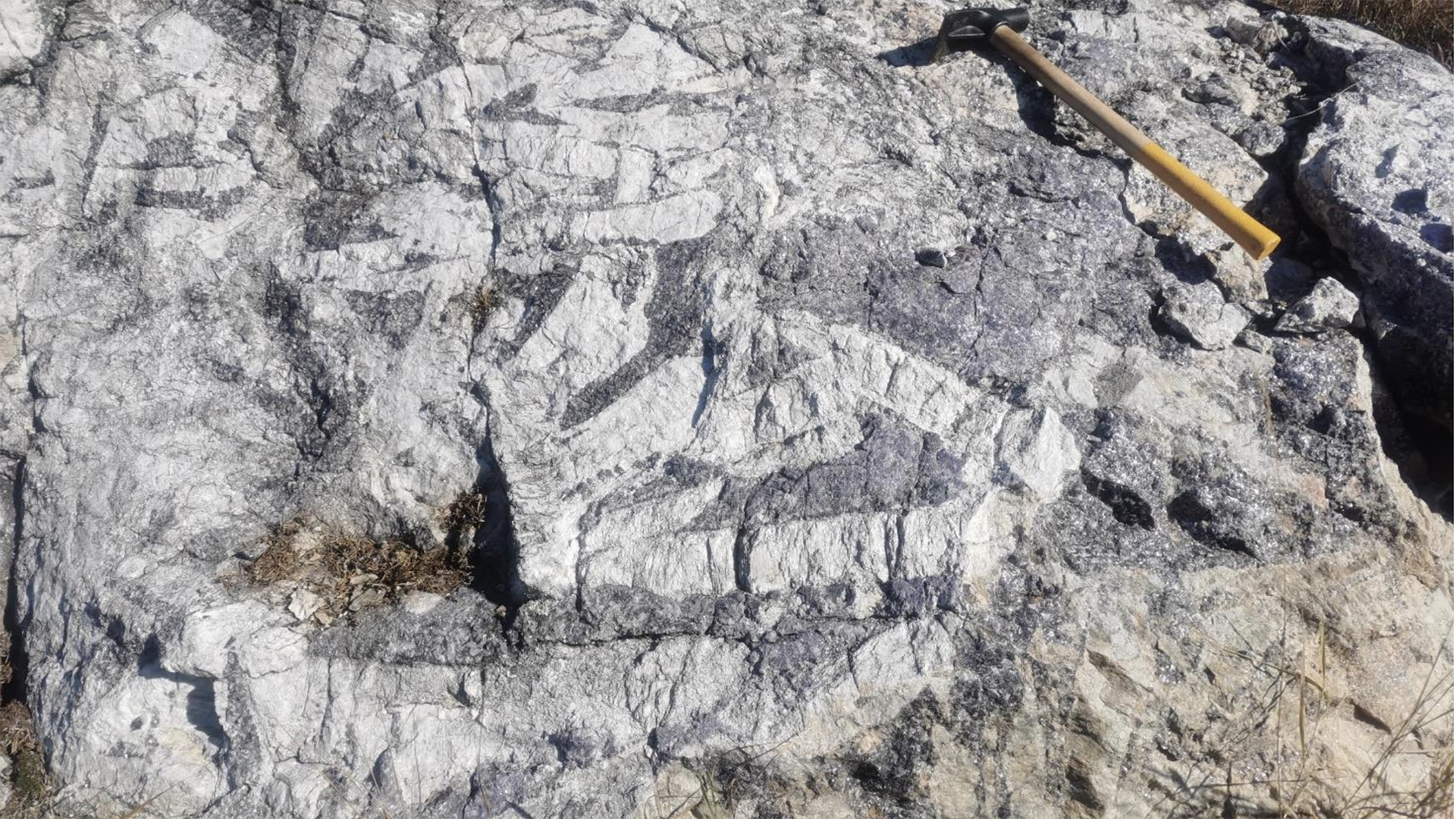 NAM was formerly known as Pacific North West Capital (PFN) and was formed in 1996. PFN acquired the River Valley Project from three Sudbury-based prospectors in 1998. PFN entered into an option / joint venture agreement with Anglo Platinum the following year. In 2008, the international financial crisis forced Anglo Platinum to shut down all overseas exploration efforts. It took PFN approximately two years to purchase back the 50% ownership interest that Anglo had earned from funding exploration efforts at the property. This led to NAM being the 100% owner of one of the largest palladium deposits in North America. In 2016 PFN was looking to diversify the company’s commodity portfolio, and after Harry Barr’s introduction to lithium in the recent years prior, PFN acquired prospective lithium properties in Manitoba, Canada. PFN re-branded to New Age Metals in 2017 to reflect the addition of the company’s lithium division. After the name change and on the back of a stronger PGM price environment, NAM essentially restarted exploration and development activity at River Valley. Since then, the company has completed two Mineral Resource Estimate Studies, a Preliminary Economic Assessment that showed a positive case for a 14-year life of mine open pit mining operation and has recently initiated a Pre-Feasibility Study in 2021 that is expected to be completed in the second half of 2022.

New Age Metals is led by a veteran team of international mining entrepreneurs, geologists and engineers with a proven track record in the mineral exploration and development business. Harry Barr is the Chairman and CEO of New Age and has been in the mining business since the 1980s when he started his career in the jungles of Columbia, working alongside his forward-thinking uncle. Since that time, Harry has taken six companies public in the mining space. He has negotiated 44 option joint venture agreements with major mining companies and raised over $300,000,000 for facilitating the exploration and development of his properties.

Dr William Stone is an economic geologist with over 30 years of experience in the mining and exploration industry in North America and overseas. He is currently the lead technical consultant for New Age Metals and oversees the River Valley Pre-Feasibility Study. He has worked in senior geological and executive management roles for senior producers (WMC Resources Ltd), mid-tier mining companies (LAC Minerals and North American Palladium), and junior exploration companies (Magma Metals, Geoinformatics and International Metals Group) with precious and base metal projects across Canada and in Alaska, Australia, Mexico, Europe and Africa.