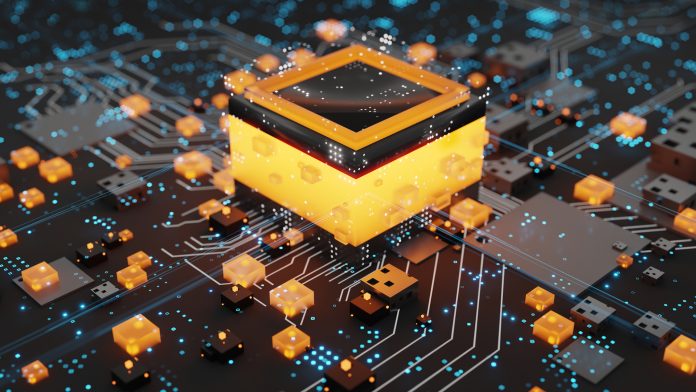 A consortium of researchers from the University of British Columbia (UBC), Quantinuum, and New York’s Flatiron Institute has demonstrated a phase of matter that could potentially resolve errors occurring in quantum computers.

A new phase of matter that could be protective against a range of errors in quantum computers has been demonstrated by researchers at the University of British Columbia (UBC), quantum computing company Quantinuum, and New York’s Flatiron Institute.

The research, that was published in Nature, reveals a new topological phase utilising Quantinuum’s trapped ion quantum simulator. This phase arises outside of equilibrium, the default for most systems – which cannot exist in equilibrium – offering a way to prevent qubits (the quantum equivalent of bits) from entangling.

“One problem in quantum computing is that if you have qubits that are coupled to each other, but you did not mean them to be, they can accidentally entangle themselves,” explained Dr Andrew Potter, an Assistant Professor in UBC’s Department of Physics and Astronomy, who joined the Stewart Blusson Quantum Matter Institute last year.

“That entanglement can cause errors, or crosstalk, between the qubits. These errors represent a significant barrier to achieving a functional quantum computing platform.”

Quantum entanglement is a phenomenon in which two systems become strongly correlated and ‘talk over’ each other so that the particles in each system cannot be perceived as acting independently. In previous work, Dr Potter and colleagues proposed a theory in which a new phase of matter could manipulate quantum entanglement and self-correct those errors.

“Even if you keep all the atoms under tight control, they can lose their quantumness by talking to their environment, heating up or interacting with things in ways you did not plan,” said lead author Dr Philipp Dumitrescu, a Flatiron Research Fellow at the institute’s Centre for Computational Quantum Physics. “In practice, experimental devices have many sources of error that can degrade coherence after just a few laser pulses.”

Qubits are the quantum version of a bit, which in classical (binary) computing are units of information. Binary computing relies on a single physical state in which bits take one form or another represented by the numbers one and zero. Quantum computing uses undefined quantum states, and while a qubit is analogous to a bit in some ways, they function very differently.

Trapped ion quantum computing uses chains of ions that function as qubits. Out of equilibrium, the ions are isolated from their surrounding environment and protected against outside interference, allowing quantum states to emerge. The majority of computer systems tend to relax into thermal equilibrium with their surroundings, similar to how a hot pan will gradually cool to room temperature. Trapped ion systems offer enough control that researchers can build in time and space-dependent interactions to create the new phase the team hoped to realise.

“To achieve this state, the team drives the system out of equilibrium by repeatedly applying pulses of light,” concluded Dr Potter, who began the theoretical work behind this new paper as a postdoctoral fellow at the University of California, Berkeley. “The result is that we are able to drive the ions into a new non-equilibrium phase of matter that is insensitive to control errors.”

This work has relevance to the institute’s grand challenge in quantum computing, as it relates to the interplay of topological phases with computing computational power and error correction.