The University of Pittsburgh is developing a pool-type materials testing facility to accelerate advanced nuclear technologies.

In order to facilitate advanced nuclear technologies, stable materials in liquid lead at a high temperature are required. In collaboration with several other organisations, the University of Pittsburgh is developing a pool-type materials testing facility to ensure this necessity is met.

The lead-cooled fast reactor (LFR) is amongst the next generation IV reactor concepts. LFR has advantages over other Generation IV reactor concepts from the standpoint of sustainability, economy, and safety. Firstly, in comparison to the currently dominant light water reactor (LWR), LFR uses the least amount of uranium by recycling used fuels and produces the least amount of long-lived radioactive waste with exceptional proliferation resistance. All of them contribute to building up more sustainable nuclear technologies.

Secondly, large heat capacity, excellent thermal conductivity, high boiling temperature, and chemical stability of liquid lead offer economic advantages. Because of high boiling temperature, the operating temperature of LFR can be much higher than that of LWF, which improves the thermodynamic efficiency of the reactor. The inert chemical nature of liquid lead simplifies the reactor design and removes the need for LFR’s complex system to increase the operating pressure and seal the coolant from the ambiance. Because of the high heat capacity, the liquid lead coolant can be used as a tool to store thermal energy due to its heat capacity. The combination of the reactor and energy storage in LFR enables the design of load-following power plants in connection to other renewable energy devices such as water electrolysis and desalination.

Third, the expected safety of LFR technology is outstanding. Since the boiling temperature and heat capacity of liquid lead are much higher than water, rapid temperature excursions, localised boiling, and void formation are prevented in liquid lead. Particularly in the case of an accident or malfunction of the reactor, liquid lead provides outstanding shielding, stable coolant flow, high thermal inertia, good heat-removal from the primary circuit, and large margin to the boiling point. The excellent neutronic properties of lead also allow for wider spacing of fuel pins and natural circulation is enhanced through the core during shutdown events. With a negligible reaction of liquid lead with cladding and air, the unique thermal and physical properties of liquid lead make loss-of-coolant accidents, including hydrogen explosion, virtually inconceivable.

Because of such favourable attributes, LFR has been considered as very sustainable, economic, and safe nuclear technology and has attracted significant interest from the nuclear community. These strengths of the liquid lead coolant, particularly from the safety standpoint, are maximised when the reactor has the pool-type configuration.

In such a design, the reactor core and other primary system components are immersed in circulating liquid lead and the accidental loss of the coolant is blocked. Therefore, most existing LFR designs employ the pool-type reactor design.

In Europe, the advanced lead-cooled fast reactor European demonstrator (AFLRED), that was taken over by an international consortium, Fostering ALFRED Construction (FALCON), represents ongoing research on LFR technology. Research activities of ALFRED are aimed at providing a testbed for new components and operating procedures of LFR technology and developing a highly reliable prototype reactor with the electric power rating of 125 MWe.

According to a current project timeline, ALFRED will enable the appearance of the commercial small modular reactor (SMR) unit by 2035-2040. In the US, Westinghouse puts large R&D efforts on LFR technology. Fig. 1 shows an LFR design of Westinghouse. The pool-type configuration reactor has compact in-vessel and hybrid microchannel type heat exchangers that are connected to a supercritical water power conversion system. Westinghouse is collaborating with many partners in the US, Italy, and the UK, with a goal of releasing a scalable and passively safe SMR unit embedding the thermal storage system. Its target electric power rating is 460 MWe and the output power can vary between 65% and 125% of the nominal value while the core runs at full power.

Challenges in the development of LFR technology

In comparison to other GEN IV reactor concepts, including sodium-cooled fast reactor, LFR technology of several distinctive advantages is relatively new and there are several challenges to overcome. One of them is the stability of materials in liquid lead. While the non-corrosive nature of liquid sodium leaves a protective layer on materials, structural materials contacting liquid lead experiences corrosion (i.e., oxidation of metal by the electrochemical reaction with liquid lead). The solubility of common alloying elements, especially nickel, is high in liquid lead, causing dissolution and attack of stainless steels and nickel-based alloys to occur.

Moreover, a forced circulation mode of heavy liquid lead in the reactor vessel can cause the erosion of structural materials (i.e., physical wearing by the flow of liquid lead). Increases in the temperature and flowing speed of liquid lead exacerbate the corrosion and erosion. In a current plan of Westinghouse, the coolant temperature can be increased up to 650oC for a higher efficiency and the liquid lead speed of a coolant pump impeller can be as high as ten metres per second. However, the performance of structural materials in such harsh conditions has been reported very limitedly due to the lack of a reliable testing facility. Several facilities in the US use the loop-type testing condition which could be different from the motion of liquid Pb in the pool-type configuration reactor.

For LFR to be successful, therefore, there is a critical need to systematically examine the stability of materials using the pool-type experimental facility and the theoretical interpretation and find a way to improve the lifetime of structural materials for LFR. To address this need, the University of Pittsburgh (Pitt) is developing a pool-type materials testing facility in collaboration with Westinghouse, the National Agency for New Technologies, Energy and Sustainable Economic Development (ENEA), the University of Manchester, Los Alamos National Laboratory (LANL), and Argonne National Laboratory (ANL) using the support of the U.S. Department of Energy’s Nuclear Energy University Program (NEUP).

The diagram above shows a schematic of the new testing facility that will be installed at Pitt. ENEA guides the research activity in designing the facility that consists of three vessels and accessory parts. There are several important factors to be considered in the design, manufacturing, and operation of the facility. They are temperature and flowing speed of liquid lead, oxygen partial pressure in the liquid, melting and transport of liquid lead, shape of testing samples, and construction materials. For example, the coolant flow velocity is a very important parameter in testing the material performance. The expected effect of the flow velocity on the corrosion/erosion behaviour is shown in Fig. 3.

In the new facility, the flow speed can be increased up to ten metres per second and the temperature can be heated up to 600oC. Such flow speed and temperature control capabilities are good enough to examine both the erosion and corrosion behaviour of structural materials at stagnant and dynamic stages for LFR technology.

In designing the vessel of the testing facility, it is essential to optimise the shape and rotation configuration of samples. If the fluid shear motion is not streamlined, the flow of lead liquid in the vessel becomes complex and the erosion testing results are not unambiguously interpreted as a function of the flow speed. Moreover, the optimisation of the flow field around samples minimises the heat dissipation inside a chamber and helps to effectively control temperature of liquid lead without an overpowering problem. Liquid metal flow is an archetypical case where refined modelling and simulation can contribute on par with theory and experimentation. The University of Manchester and ENEA have performed high-fidelity computational fluid dynamics (CFD) modelling to streamline the shape and rotation configuration of samples for the new testing facility.

Several candidate materials have been selected for LFR technology due to their ability to resist the corrosion. AISI 316, Fe-Cr-Al steels, 15-15Ti (15Cr-15Ni-0.5Ti) steel, aluminium forming alloy (AFA), and HT-9 steel will be tested using the new facility at Pitt. Since they have their own advantages and disadvantages from standpoints of corrosion/erosion resistance, mechanical property, and weldability, it is important to perform comprehensive research for these materials.

A remaining question is whether a single material system can meet all requirements of LFR technology. The formation of a self-passivation layer is desired for high corrosion resistance. However, it is often hindered due to the small content of the oxidising component. For instance, a continuous Al2O3 scale formation below 1000oC is difficult, because the outward diffusion of Al to the surface is very slow in most alloys. If the Al content in the alloy is increased for high Al diffusion flux, it will have a negative impact on the mechanical toughness, manufacturability, and weldability of the alloy. The surface coating is a potential solution to address this problem. Pitt takes on this issue using pulsed laser deposition (PLD) which provides high-quality ceramic films on versatile substrates. Pitt’s recent study in Fig. 4 shows that the PLD coating successfully induces the growth of the internal Al2O3 layer in Ni-based alloy below 1000oC and protects the corrosion of the underlying alloy.

In summary, Pitt has developed the new material testing facility in collaboration with Westinghouse, ENEA, the University of Manchester, LANL and ANL, as well as the coating technology for high corrosion resistance. These parallel research efforts are expected to expedite the advancement of LFR as a next-generation nuclear reactor. 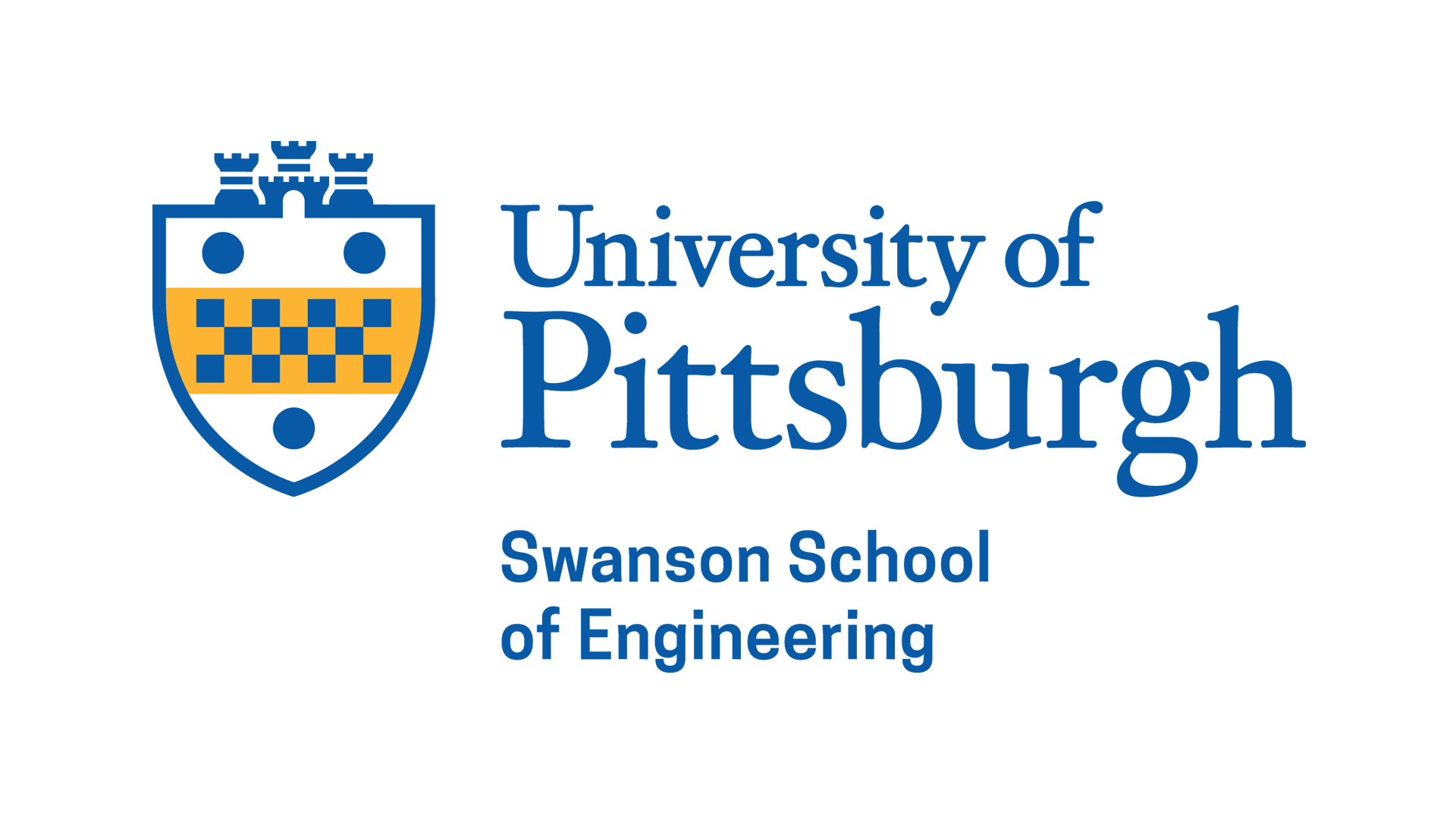 How nuclear energy can establish the hydrogen economy

The UK Government has revealed it will provide up to £75m in funding to enhance the country's nuclear fuel production.
Read more

A fusion energy experiment has released more energy than it takes to initiate – a development that will revolutionise sustainable energy.
Read more