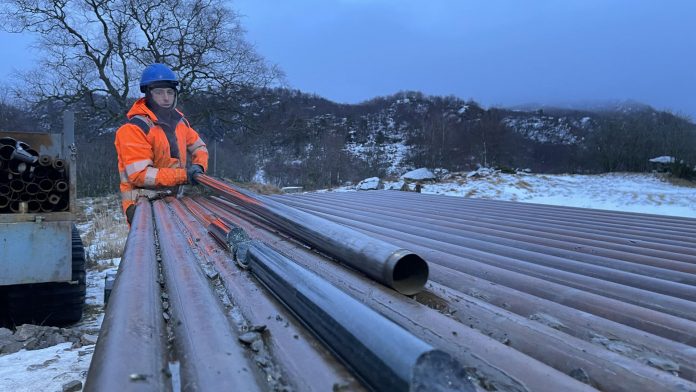 2021 was a watershed year in the adoption of lithium iron phosphate (LFP) batteries in electric vehicles, starting a trend that is set to continue. The vast resources of phosphate rock in Norway have the potential to provide a local, secure supply of phosphate for Europe’s emerging LFP battery industry.

Speaking to a battery industry and investor audience in October last year, Ken Hoffman, the Co-Head EV Battery Materials Research Group at McKinsey & Company, commented that lithium iron phosphate batteries had made a “roaring comeback in 2021”. Many listeners would have been surprised to hear about the revival of LFP, but just a couple of weeks later, LFP’s comeback was underlined by a landmark announcement from Tesla that all its entry-level Model 3 and Model Y vehicles would ship with LFP batteries.

Until last year, the dominance of other lithium-ion batteries seemed unassailable due to the lower energy density of LFP batteries. Technological advances in China have enabled the country’s biggest battery manufacturers, CATL and BYD, to combine the traditional advantages of LFP technology into competitive batteries in terms of range and performance. Tesla states that its entry-level Model 3, which since late last year has been imported into the UK with an LFP battery, has a range of just over 300 miles and a 0-60 mph time of under six seconds.

Rapidly growing demand for batteries amid constrained supply of raw materials means that raw material costs are expected to increase substantially over the coming years. This gives a clear cost advantage to LFP technology because these batteries do not require nickel or cobalt, both of which are expected to at least double in price by 2030. In addition, the increasing social and environmental concerns associated with the mining of nickel and cobalt are addressed by LFP technology.

The safety profile, particularly fire risk, is significantly improved with LFP as thermal and chemical stability is greater than in other lithium-ion technologies. BYD, which makes cars and batteries, said that neither a furnace test at 300°C nor a 260% overcharging test resulted in fire or explosion of its Blade battery and that a nail-penetration test caused the battery’s surface temperature to reach only 30 – 60°C with no smoke or fire.

In terms of longevity, one of the other benefits of LFP technology, BYD said the Blade battery should last for more than 1.2 million km.

Chinese companies, led by BYD, the world’s largest LFP battery producer, have dominated the LFP market in part because of patent protection running until this year, under which Chinese universities researching LFP chemistry gave Chinese companies free use of patents for batteries produced in China for the Chinese battery industry.

Battery producers outside of China, from major international companies to start-ups, are now advancing plans to produce LFP batteries to meet anticipated demand from the clean energy shift. The Chinese patent expiry has also coincided with the recent global supply chain crisis and the resulting focus on the localisation of supply chains.

The drivers of growth in the LFP battery sector point to the development of a European LFP industry. This industry has already begun to emerge; for example, in October last year, the Serbian energy company ElevenEs announced that it would build Europe’s first LFP gigafactory with support from the EU.

At Norge Mining, we see the opportunity for supplying raw materials to the emerging LFP industry, particularly the phosphate component in LFP batteries. This is a result of our ongoing mineral exploration work in the South West of Norway, where we have identified a world-class resource of phosphate rock. This find is of particular interest not only because it is in Europe but because of the geographic concentration of phosphate reserves worldwide. Morocco contains more than 70% of these reserves, followed by China, which has about 5% but represents the world’s largest phosphate miner, accounting for about half of global production each year.

Phosphate rock is included on the EU list of critical raw materials, primarily because of its role as an agricultural fertiliser to boost crop yields and underpin food security. We believe that a significant European source of supply of phosphate rock could bring important strategic benefits to Europe both for its use in the food supply chain and the clean energy transition within the battery industry.

Data from the European Battery Alliance, which was created to support the development of a battery supply chain in Europe, shows a mismatch between the expected battery manufacturing capacity in Europe of 880 GWh in 2030 and the extraction of relevant raw materials, which represents at most 55% of expected demand. It is clear that raw material extraction in Europe must be expanded to close this critical gap in the European battery value chain.

At Norge Mining, we have commissioned research to better understand the future demand for phosphate in the transport and energy storage sectors in the period from 2021 to 2040, globally as well as in Europe. The results show that phosphate demand will increase substantially.

The projected demand for phosphate within the transport and energy storage sectors is expected to reach 14.3 million tons globally from 2021 to 2040, based on demand under the International Energy Agency’s middling sustainable development scenario under which all economies reach net zero by 2070.

In Europe, the research forecasts that the cumulative demand for phosphate within the transport sector will reach 530,000 tons by 2030, after which it would more than triple to almost 1.7 million tons in the decade 2031-2040.

With faster decarbonisation by world economies and greater prevalence of LFP technology, these forecasts could underestimate potential phosphate demand. Irrespective of the exact level of future demand, the vast resources of phosphate rock that Norge Mining has identified in Norway have the potential for Norway to play an essential part in the emergence of a European LFP battery industry.

Norge Mining is an Anglo-Norwegian natural resources company with its headquarters in London and operational activities in Norway, a country with vast, untapped mineral resources. The company’s focus is on three EU critical raw materials: phosphate, vanadium and titanium. These materials all have important established uses in agriculture, steel manufacture and the pigment industry, but they are also key materials in the clean energy transition.

Norge Mining is a relatively new company. It was founded in November 2018 and is committed to working in partnership with Norway to develop the nation’s mineral resources industry based on a core commitment to environmental and social responsibility.

Through its Norwegian subsidiary Norge Mineraler AS, the company is developing the Bjerkreim Exploration Project in South West Norway. It has been confirmed as a world-class resource extending to several billion tonnes of mineralisation containing phosphate, vanadium and titanium.

The huge scale of this resource is of major strategic significance to Norway and Europe as it represents a European supply of three EU critical raw materials and has the potential to form part of the EU’s initiative to address Europe’s dependence on imported materials. This is an issue of major importance because the clean energy transition will not only be raw material intensive but threatens to take place against a backdrop of geopolitical tension.

Hence, we see the Bjerkreim Exploration Project as a long term, sustainable project providing local employment and prosperity in Norway whilst meeting the EU’s strategic ambitions.

We also believe that Norge Mining could be part of the wider renaissance of mineral extraction in Europe. In 2020, Europe represented just 5% of global mining and is the only region in the world with a declining mining industry. This position needs to be reversed to lessen Europe’s dependence on external supply chains and to help ensure that European economies can meet their decarbonisation targets.

Vanadium’s ability to strengthen steel currently accounts for the majority of worldwide vanadium consumption though vanadium compounds are also widely used as catalysts. Vanadium also has exciting potential in the clean energy transition through its emerging use in static batteries for large scale energy storage in both grid and off-grid applications. The vanadium reduction-oxidation (redox) flow battery (VRFB), has many advantages for static energy storage, including a very long lifespan of up to 20,000 cycles and almost no degradation after more than 25 years. VRFB’s are described as having the best performance of all redox flow batteries.

The International Energy Agency has forecast the expected vanadium requirement in energy storage as 19,020 tons in the current decade (2021-2030), with demand expected to grow by almost 11 times in the next decade, 2031-2040, at 203,960 tons of new vanadium demand. VRFB storage capacity is expected to reach 40 GWh in 2040. Further vanadium demand could come from another potential use of VRFB batteries as fuel cells for hydrogen electric vehicles though further development work is required to improve the portability of VRFBs, which currently have low energy density.

Approximately 60% of the world’s vanadium is currently produced in China, with Russia as the second-largest producer at 17%. South Africa, Brazil and the US, which together account for 16% of production, are among other vanadium producers.

Vanadium is included on the EU’s list of critical raw materials, highlighting its strategic importance to European industries and the benefit of producing vanadium in Europe.

Norge Mining has identified extensive reserves of vanadium in Norway, which has the potential to become the European centre of vanadium production, supplying both traditional industries and, as the clean energy transition gains pace, the emerging VRFB market. The urgency of the clean energy transition, and Europe’s position as a hub of research and development within the transition, has provided further momentum behind the adoption of VRFB technology.

Geological modelling has shown that, in total, the Bjerkreim Exploration Project contains more than 70 billion tonnes of mineralised rock, an astonishing extent of mineralisation underlining the global importance of the discovery.

Exploration work continues in several areas of the Bjerkreim Exploration Project, feeding into an identification study. This study is an initial assessment of all aspects of the anticipated mining operation, including the location of the mine and an assessment of the potential markets for the minerals.

The identification study will be followed by further detailed assessments, including pre-feasibility and feasibility studies, prior to mine construction, which will also be subject to a rigorous planning permission process. The minimisation of environmental impact will be a top priority in the design and operation of the mine in line with the Norwegian government’s vision for a sustainable mining industry.

Through its oil and gas industry, Norway has built up the world’s largest sovereign wealth fund. With decarbonisation, it now has the opportunity to shift its focus to the development of its mineral resources industry, playing a pivotal role in European critical material supply and being part of Europe’s mining renaissance. 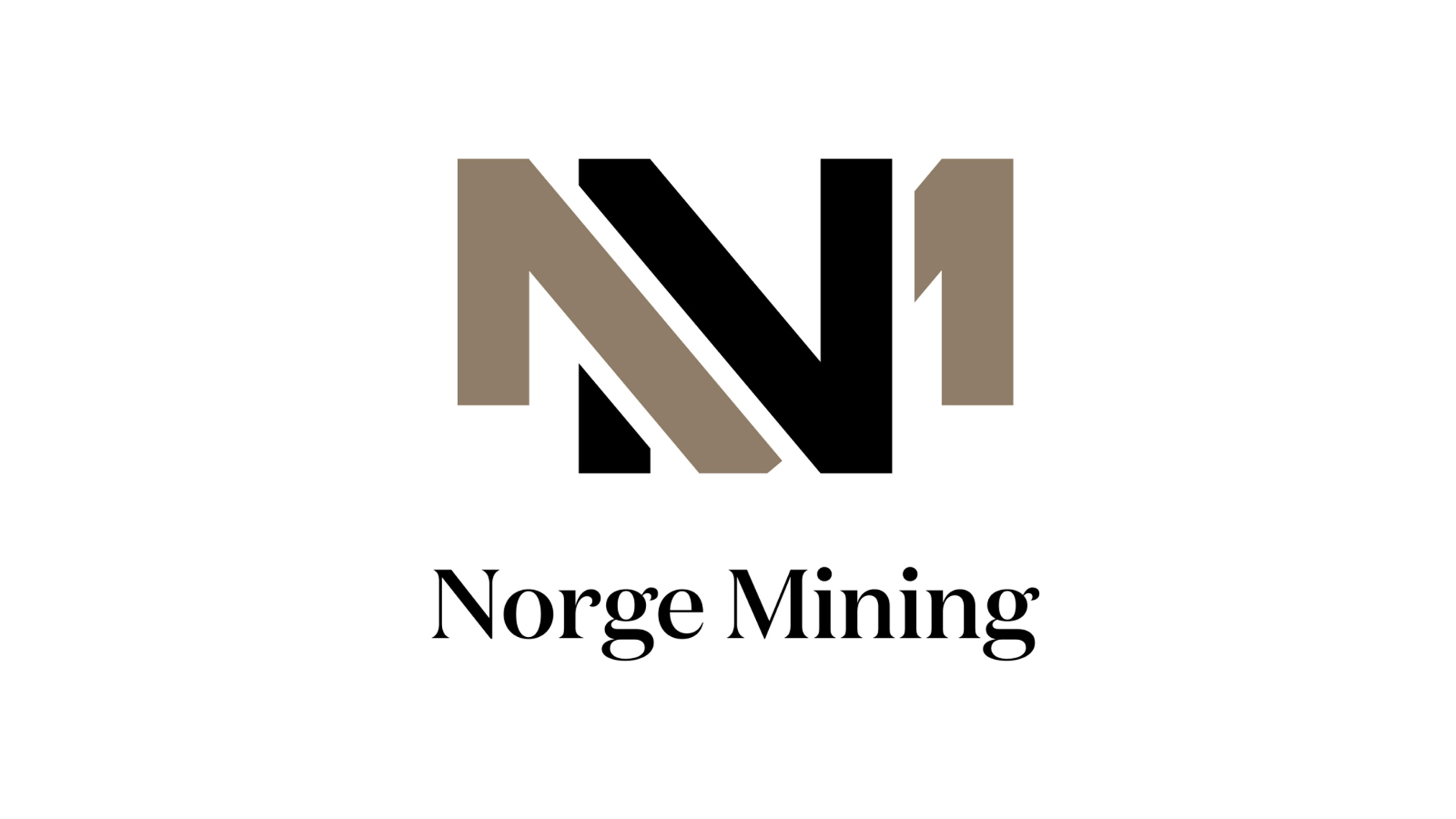 Researchers have found a way to improve the efficiency of low-cost solar cells, aiding the global transition to clean energy.
Read more