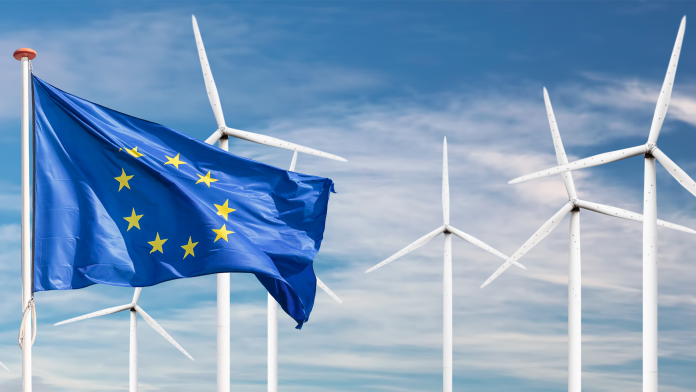 Giorgio Corbetta, EU Affairs Director with EUROBAT, discusses how the EU can continue enabling batteries to play a critical role in achieving the Green Deal goals.

The EU’s battery industry sits at the centre of the energy transition and the European Green Deal relies heavily on batteries to fully materialise. Batteries are critical to decarbonising mobility by powering electric vehicles (EVs), and they store clean electricity to reduce emissions from the energy sector. The vital role batteries play is accentuated by the need to advance decarbonisation of both mobility and energy, with sales of new EVs doubling in 2021 compared to the previous year to 6.6 million (Global EV Outlook 2022, International Energy Agency, May 2022), and annual renewable energy capacity additions increasing by 6% to around 295 GW in 2021 (Renewable Energy Market Update, International Energy Agency, May 2022).

The demand for batteries is set to grow accordingly, with EUROBAT (the Association of European Automotive and Industrial Battery Manufacturers) forecasting a five-fold global battery market growth from 645 GWh in 2020 to 3,495 GWh in 2030 across all battery technologies, with lead and lithium poised to remain the dominant technologies (2030 Battery Innovation Roadmap, EUROBAT, June 2022).

The Green Deal under assault

But the Green Deal is currently being threatened by several forces. The Russian invasion of Ukraine has questioned the reliability of gas as a short-term energy transition vector, with European economies switching on coal and oil power plants to face the shrinking gas supply. Whilst such power plants help keep the lights on across Europe, they also massively increase the continent’s emissions—playing against the continent’s net zero emissions goal.

On the other hand, the war in Ukraine and the heightened tension between China and the Western world are putting pressure on the resilience of the global cleantech value chain, with shortages of key raw materials—critical to manufacturing renewable energy applications and EVs—looming on the horizon. This happens at a time when Europe is pursuing a strategic autonomy agenda to lower its dependency on other jurisdictions. The European Commission is in the process of developing a raw materials strategy for the EU to establish a sustainable raw materials supply and support its strategic domestic industries—including batteries—though the actual policy framework resulting from the exercise is not clear yet.

Still, Europe’s emissions reduction ambition and its global climate action leadership can still be saved. And batteries are the primary cleantech to do this as they provide a proven and continuously evolving hardware and software to decarbonise transport and facilitate more renewable energy infeed in the EU power grid—in both the short and long term. 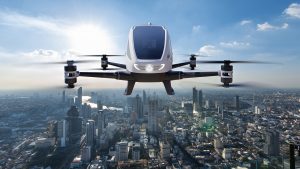 Batteries at the centre of EU policymaking

However, in the short term, legislation is the primary concern for the EU battery industry’s ability to innovate across all battery technologies (in particular, the four mainstream technologies: lead, lithium, nickel, and sodium)—and this is what Europe should focus on to salvage the Green Deal.

The European Parliament and the Member States are in the process of finding common ground on the different proposals in the Fit for 55 package—the landmark set of legislative proposals the European Commission released in July and December 2022, which will redefine the regulatory framework for energy and transport in the EU. In particular, negotiations will start on the reform of the EU Emissions Trading System, the Carbon Border Adjustment Mechanism, the Renewable Energy and Energy Efficiency Directives, as well as on CO2 emission standards for cars. The latter legislative proposal is particularly critical for the future of the internal combustion engine in the EU.

On the back of such a shifting policy context, the European Commission has been proposing legislation directly affecting battery manufacturers’ ability to innovate, including the Batteries Regulation, the End-of-Life Vehicles Directive, the review of REACH, the proposal to classify lithium salts as hazardous, the Waste Shipment Regulation, and the Industrial Emissions Directive. 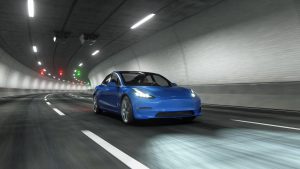 The Batteries Regulation: The make or break for the EU battery industry

Of those, the Batteries Regulation is certainly the most critical for the sector. The 79-article long text replaces the 2006 Battery Directive and aims to ensure safety and sustainability along the entire battery lifecycle. It contains new definitions and provisions ranging from the calculation of a battery’s carbon footprint to restricting substances used in batteries and battery data sharing obligations.

The most critical issues for the industry boil down, however, to three: the absence of a grandfather clause, the definition of a battery, and the definition of a battery producer. Rather than being overly detailed, such considerations are critical to allowing a Batteries Regulation that truly enables the battery industry to continue innovating across all battery technologies.

A grandfather clause is necessary to ensure batteries with designs fitting specific applications can continue to be placed on the EU market after the Regulation is enforced. This is particularly important for mass transportation means including trains and aircraft already in service. If the batteries integrated into their design, to the millimetre, cease to be supplied, there is a risk that these modes of transportation will have to stop operating. Without certainty about the current design of batteries, it would be extremely difficult for battery manufacturers to focus on innovating battery designs to increase appliance efficiency and further cut emissions.

The definition of a battery is also of fundamental importance because it has implications on the level playing field between batteries manufactured in Europe and batteries imported into the EU. The definition of a battery should refer to finished products which are ready to use to avoid additional administrative costs for batteries, modules, and packs produced in Europe compared to ready-for-use imported batteries. The wording in the Batteries Regulation, giving battery status to a component or sub-assembly manufactured by an entity further up the battery supply chain, should be avoided because it creates confusion and severe implementation difficulties.

Finally, the definition of a battery producer assigns producer status to different players along the value chain, which comes with responsibilities on take back and recycling of batteries. The definition should therefore assign producer status to the appliance or vehicle original equipment manufacturers (OEM) who install batteries in their appliances and vehicles. Only OEMs have complete visibility over the whereabouts of the batteries embedded in their appliances and vehicles and are best placed to take batteries back at the end of their lifetime. Battery manufacturers have no means to know where appliances and vehicles containing batteries travel, and it is, therefore, impossible for them to take back spent batteries efficiently. The energies that would go into making sense of how to track spent batteries should rather go into innovation programmes.

The European Commission tabled the proposal in December 2020 and the European Parliament, the Council of the European Union, and the European Commission have been negotiating in trilogue (the informal negotiation process between the three co-legislators of the European Union) since the spring. Negotiations are proceeding slowly because of the distance between the Parliament and Council on most issues in the proposal, and the Czech Presidency of the Council—which started its mandate in June for the following six months—will have to allocate additional resources to the file if it wants to continue shepherding the proposal along. The Presidency is expected to schedule the next trilogue meetings in the autumn.

Harnessing batteries to make the EU the true climate champion

The EU Green Deal is in great peril because of geopolitical and global tensions. Europe does not have the luxury to further tie the EU industry’s hands in their efforts to reduce emissions across the economy through misdirected battery legislation. Batteries are a clear cleantech vector of the green transition and need a fit-for-purpose legislative framework to continue supporting the EU climate action ambitions. This does not only mean the European Commission should co-ordinate the legislative proposals mentioned above to provide a consistent policy agenda. It also requires the Commission to clear major stumbling blocks for technological innovation in the Batteries Regulation—which remains the most consequential legislation for the EU’s battery industry over the next 15 to 20 years.

As for many other industries, the world is watching whether Europe will leverage its thriving battery industry to continue asserting itself as the climate champion to follow. The EU battery industry has made great strides to improve sustainability along its value chain, and it now needs policies that assist in its innovation quest.

Please note, this article will also appear in the eleventh edition of our quarterly publication