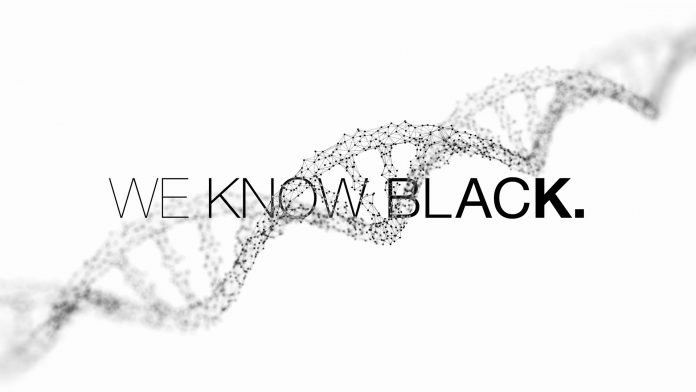 Dr Michael Rohde, Director Global Marketing Batteries at Orion Engineered Carbons GmbH, outlines the company’s activities and ethos and discusses the role that carbon black will continue to play in the battery industry of the future.

A proud history of carbon black

In 2018, Orion Engineered Carbons acquired SN2A, an acetylene black manufacturer located in France. The investment further strengthened Orion’s technological drive into the battery market and other premium segments. OEC-France is focused on the production of acetylene black, a specialty carbon black characterised by its ultra-high purity and high thermal and electrical conductivity. The two main applications for this material are high-end electrical cables and lithium-ion batteries. This acquisition ensures Orion a leading position for the transition to new technologies and it consolidates its commitment to the production of the highest quality carbon black and the collaborative partnerships with customers.

Orion employees are simply passionate about carbon black and guided by commitment to a set of values:

These values express Orion’s commitment to excellence. They include commitment to compliance with applicable environmental, labour, trade, fair business practice, and other laws and regulations, and with ethical business practices; to training and developing our employees; to fair dealings with our suppliers; and to the development and production of carbon blacks that not only meet health standards, but also enable enhanced environmental performance across the value chain.

The emergence of new technologies such as start-stop systems, hybrid vehicles, and stationary energy-storage systems has engendered a new generation of batteries called ‘advanced lead-acid batteries’ (aLAB). Carbon blacks play a fundamental role in aLAB by increasing the conductivity of the negative electrode and contributing to the power capability of the battery with their supercapacitor properties. Advanced lead-acid batteries must be operated at a partially charged state. They must always be ready to be dynamically charged due to quick recuperation during car braking. They must also support the cranking and power supply for ignition.

Orion has developed a new family of carbon blacks called PRINTEX® kappa 210, PRINTEX kappa 220 and PRINTEX kappa 240 for the aLAB technology. This family of products is specially designed to enable the batteries to increase dynamic charge acceptance by up to 60% and cycle life while maintaining low levels of water loss.

Lithium-ion batteries are positioned to be a fundamental technology now and in the future. The versatility and fast development of the lithium-ion battery technology enable its use in multiple applications such as portable electronics, electro-mobility, and stationary battery energy storage systems, amongst others. In the lithium-ion battery, carbon black is an important component of the cathode and anode electrodes. It forms a three-dimensional percolation network that allows the transfer of electrons from the electrode to the current collector and creates an ionic pathway to transfer lithium ions between the anode and cathode electrodes. This network enables high power and energy densities as well as a long cycle life. 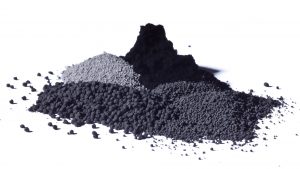 Orion’s PRINTEX kappa 100 is the first high-performance carbon black grade based on acetylene gas. It offers conductive functionalities that improve lithium-ion battery performance. Acetylene black aggregates form the three-dimensional network to lower the internal resistance of battery cells by enhancing conductivity, ensuring that charge and discharge processes are performed effectively and Ohmic losses are minimised. Its high intrinsic electronic conductivity and purity compared to other carbon blacks leads to significantly higher power densities and longer battery lifecycle. These advantages result from acetylene as pure feedstock and its thermal decomposition at very high temperature.

The acetylene black functional structure produces synergistic benefits with other additives, such as carbon nanotubes, in lithium-ion battery systems. The acetylene blacks’ high graphitisation levels assure the chemical stability of the carbon at high voltage conditions and very low moisture content during handling and processing.

Conductive carbon additives are essential for the function of the lithium ion battery. In addition to the benefits carbon black imparts to lithium ion production, it is important for the industry to have local and reliable sources of premium, high- quality conductive carbons. EU companies need European sources. Orion is the sole supplier of acetylene carbon black in Europe, and thus a key contributor to the industry.

Orion has joined the HiQ-CARB consortium to provide the lithium-ion battery industry with sustainable and high-performance carbon additives.

Orion is pleased to actively contribute to further development of sustainable, high-performing lithium-ion batteries, as its acetylene black has the lowest carbon footprint on the market.

Orion strictly follows high-quality protocols during production of the PRINTEX kappa grades and controls each batch in agreement with international standard test methods or internal test procedures. The Orion plant has purchased the latest generation ICP-MS and HybridXRF devices to detect metal impurities of PRINTEX kappa 100 in order to offer the highest carbon black quality to lithium-ion battery customers.

All Orion production facilities are ISO 9001 certified and strive for continuous improvements, e.g. by implementing and following IATF 16949 requirements when specific automotive requirements are requested for battery grades and following other ISO standards such as ISO 14001. Orion is also a member of the ISO working and ASTM steering group, contributing to testing standards.

Orion maintains two state-of-the-art laboratories in its innovation and applied technology centres in Germany and China for batteries. Staffed with highly educated and experienced scientists, each battery lab focuses on two tasks. The first is testing new carbon grades for battery applications. The second is studying the synergistic effects of i.e. PRINTEX kappa 100 when combined with active materials and binders used in the battery industry. These approaches aim to further increase Orion’s portfolio and to offer customers the best advice on material handling, processing and testing.

Orion intends to become an industry leader in addressing the climate change challenges and exploring alternative, eco-friendly technology options in:

Orion continually improves its efforts to produce carbon black with minimal environmental impact. Various projects are underway to increase the conversion efficiency from carbon to carbon black and decrease the CO2 emission.

Orion’s acetylene black production is considered environmentally friendly due to the low CO2 emissions. While the manufacture of a very high conductive, high surface area furnace black generates approximately 5000kg CO2 per ton, PRINTEX kappa 100 production emits only 100kg CO2 per ton. An added bonus, the hydrogen produced as a main by-product can be used energetically in other processes and is returned to the environment as steam. As part of the HiQ-CARB project, Orion will investigate using the hydrogen by-product for drying its wet-beading line. This repurposing is expected to improve process efficiency and reduce production costs.

Orion realises that contributing to the circular economy, where materials are recycled and reused, in the tyre industry will be a major advance for the carbon black industry. To that end, Orion is pleased to be part of the European Union-funded Black Cycle consortium to test the viability of using recovered oil carbon black production for tire manufacturing. 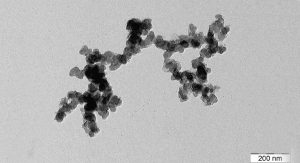 The future of carbon black

Carbon black has played and continues to play an important role in societal development by enabling the implementation of technologies that have improved people’s lives. Carbon black will continue to be an important component for future technologies. In Orion’s applied technology centres, interdisciplinary groups work together to develop new carbon grades to fulfil current and future market demands. The interdisciplinary teams are composed of scientists specialising in carbon black and various applications; process engineers, responsible for scaling up and producing new carbon grades; and the marketing team, responsible for analysing market trends and continually communicating with customers.

The current use of non-renewable feedstock and production processes contributing to CO2 emissions are no longer sustainable. The industry can assure a sustainable future for carbon black by using renewable feedstocks, adopting environmentally friendly production processes, and recycling carbon black. These measures are necessary to contribute to the world transition from fossil to renewable energies.